Max Verstappen voted Driver of the Day after winning in Imola 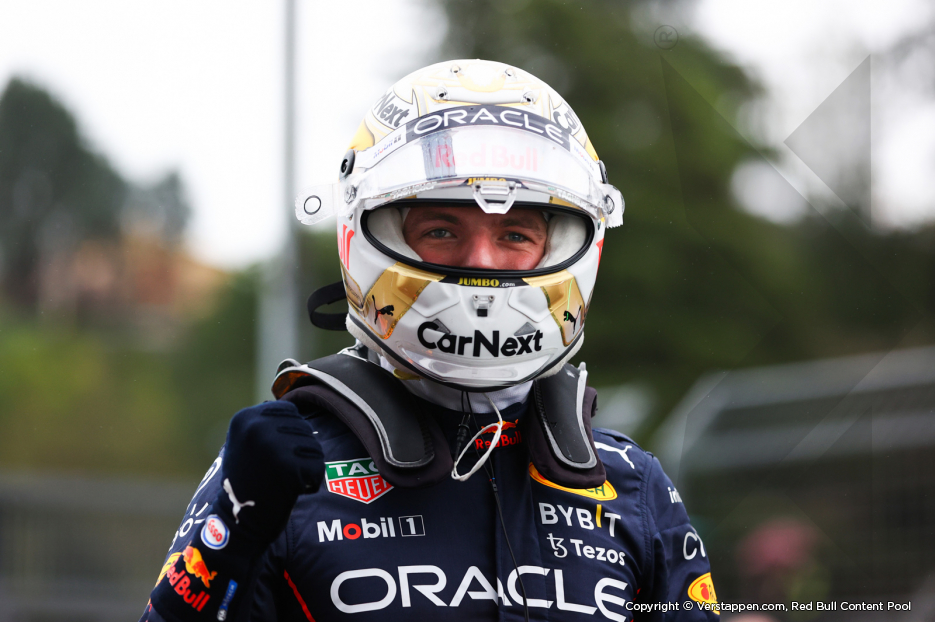 Max Verstappen was voted ‘Driver of the Day’ for the first time this season after a perfect weekend in Imola. Fans worldwide casted their votes during the race in Italy of which the Dutchman amassed the most.

The Red Bull Racing driver, who also won the sprint race yesterday, started the Emilia-Romagna Grand Prix from pole position and after a good start on the wet track Max stayed in the lead for the rest of the race. Eventually with a gap between Verstappen and teammate Sergio Perez of sixteen seconds, Max won his second race of the season.

As icing on the cake Verstappen also took the fastest lap, scoring a total of 34 points this weekend, the maximum number of points available. Max moves up in the championship to second place, 27 points behind championship leader Charles Leclerc.