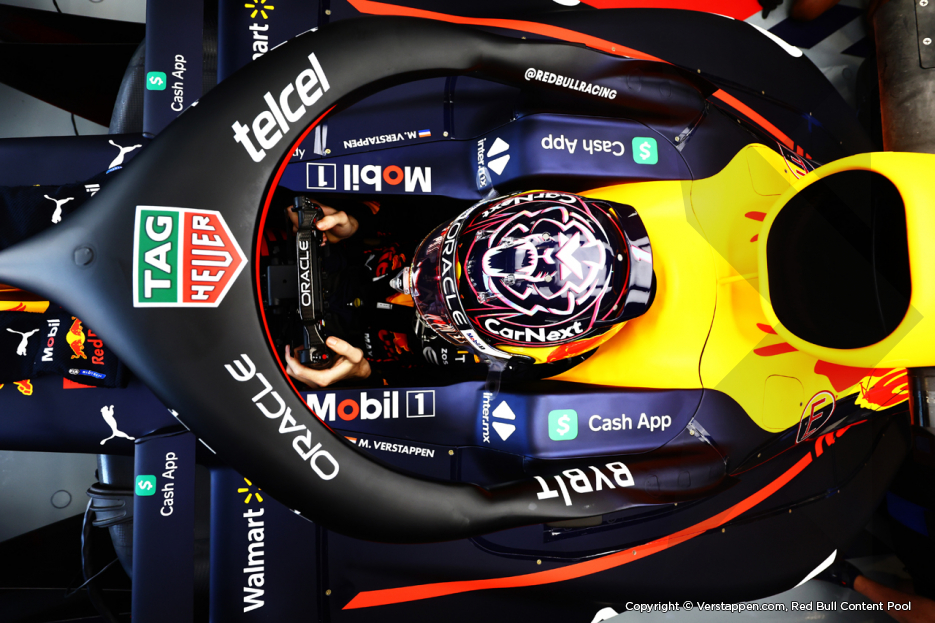 At the start of FP1 the outside temperature is 33 degrees, and the track temperature is no less then 52 degrees. There is a 40% chance of rain during the session. When the lights go green it is busy on track straight away. Within a couple of minutes nineteen drivers are out on track, only Mick Schumacher is then still inside. Nicolas Latifi is the first driver on track, and Lance Stroll sets the first time. 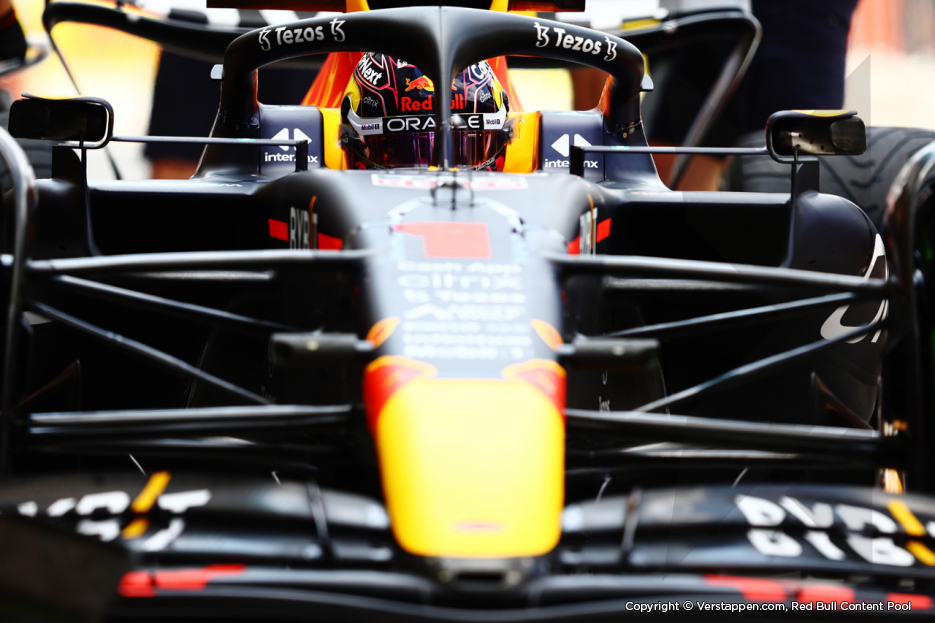 The first time set by Max is immediately the fastest time, more than a second ahead of the Ferrari of Leclerc. The world champion set his time on the softs, but Yuki Tsunoda and Leclerc set faster times soon after. Not much later scrapes Max the wall when exiting turn thirteen, but it does not stop him from retaking P1. This time more than a second ahead of Perez in P2.

Max returns to the pits and that gives the Ferrari drivers the chance to go ahead on the time sheet. He comes back out on track on the same soft tyres, but is now in P4 behind Leclerc, Russell and Carlos Sainz.

Mercedes looks better than in previous races, Russell and Lewis Hamilton are in P4 and P6. Meanwhile Max is called back to the pits as his car is overheating. “How can I get to know this track like this,” asks Max on the radio.

Tsunoda is asked how they can help him improve the balance: “Just let me driver, I do not know,” is the response of the Japanese driver. Soon after he scrapes the wall but still improves his time. Valtteri Bottas causes a red flag for a short time when he loses the rear of his car in turn seven, ending backwards into the wall. The clock continues to run so precious time is lost. 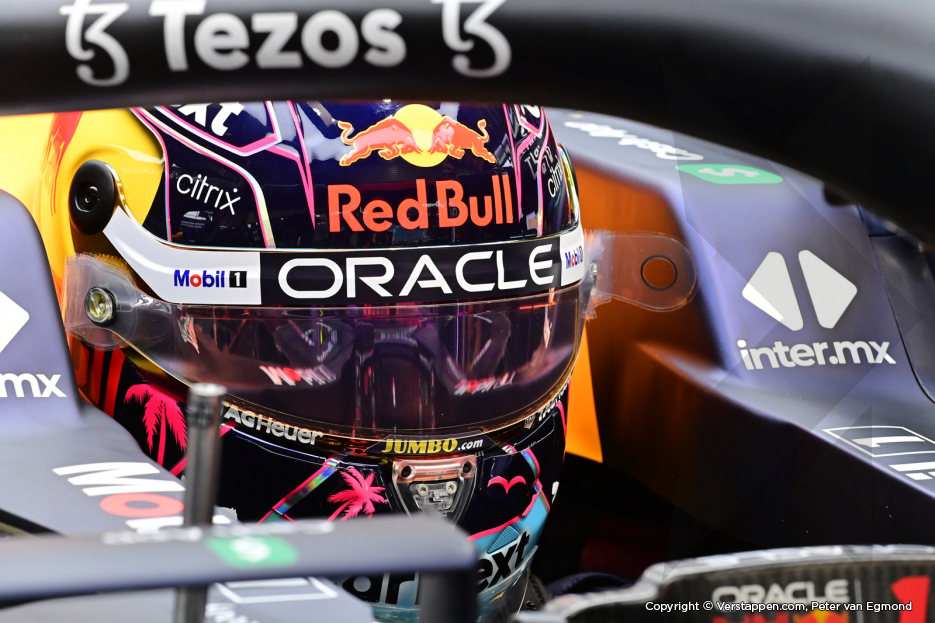 With a little over fifteen minutes to go the track is cleared and after a couple of minutes comes Max back out on track. While Sainz goes off track in turn one, starts Max another quick lap. Setting a time over a second faster than Sainz in P2 shows he is getting to know the track well. Alex Albon takes P2 soon after.

Leclerc has fallen back into P8 and must abort another quick lap. That is the third time this happens while he is on soft tyres. With less than five minutes to go gets Max out of the car, his sessions is over. The other drivers, except for Bottas, are still on track.

Leclerc and Russell set faster times in the last couple of minutes, so Verstappen ends in P3.

Shop the Unleash The Lion - Miami collection on Verstappen.com!