Max on the latest RB18 developments: 'We've shaved some weight off the car' 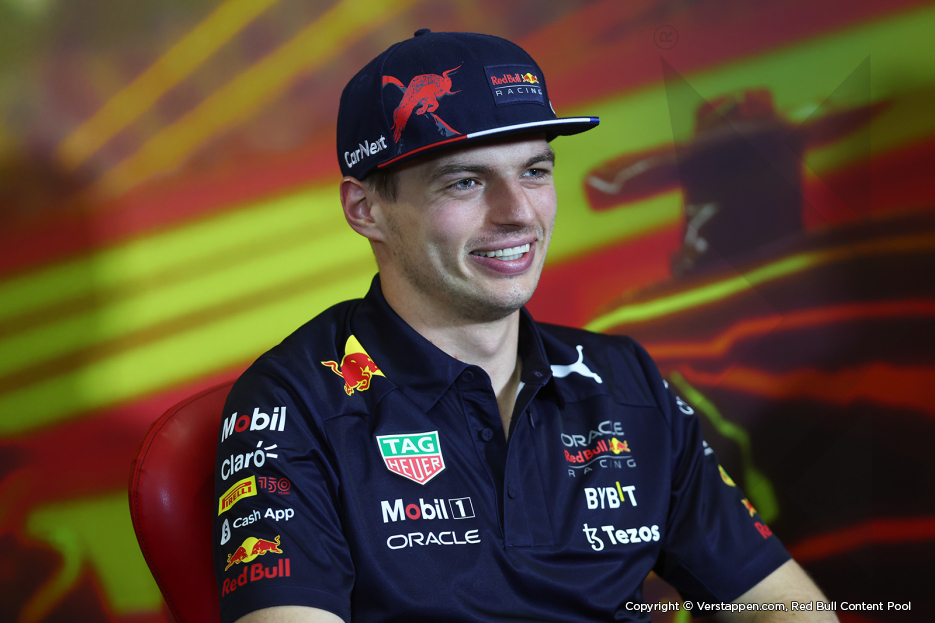 This weekend, the Circuit de Barcelona-Catalunya hosts the Spanish Grand Prix. The circuit has been a staple on the Formula 1 calendar as well as a regular host to pre-season testing, meaning the teams and drivers know the track well. Nevertheless, Oracle Red Bull Racing’s Max Verstappen still enjoys taming the Spanish circuit. “Sometimes during the tests, it can become a bit boring because we put so many miles in. That’s part of it. But during a Grand Prix weekend it’s great. It’s still a really beautiful circuit to drive”, explained the Dutchman.

Traditionally the Spanish Grand Prix sees teams bring a whole host of upgrades to the paddock. “We’ve managed to shave some weight off the car”, Max said about the most recent developments on the RB18. “Apart from that, we haven’t really brought any updates. But that’s okay as we have to choose and plan when to introduce updates because of the budget cap.”

The weather forecast for the upcoming Spanish Grand Prix predicts warm conditions. “That’s good for us. Our tyre management has been good recently, so hopefully we can do the same here. I expect us to be competitive, but we always have to wait and see what the other teams do. If we can find the right balance in the set-up, we’ll be the first or second team”.

The reigning champ concluded by saying: “I also think it’s going to be closer together because everyone knows this circuit so well. But it’s still a long season in which development is crucial. It’s one step at a time, Grand Prix after Grand Prix.”