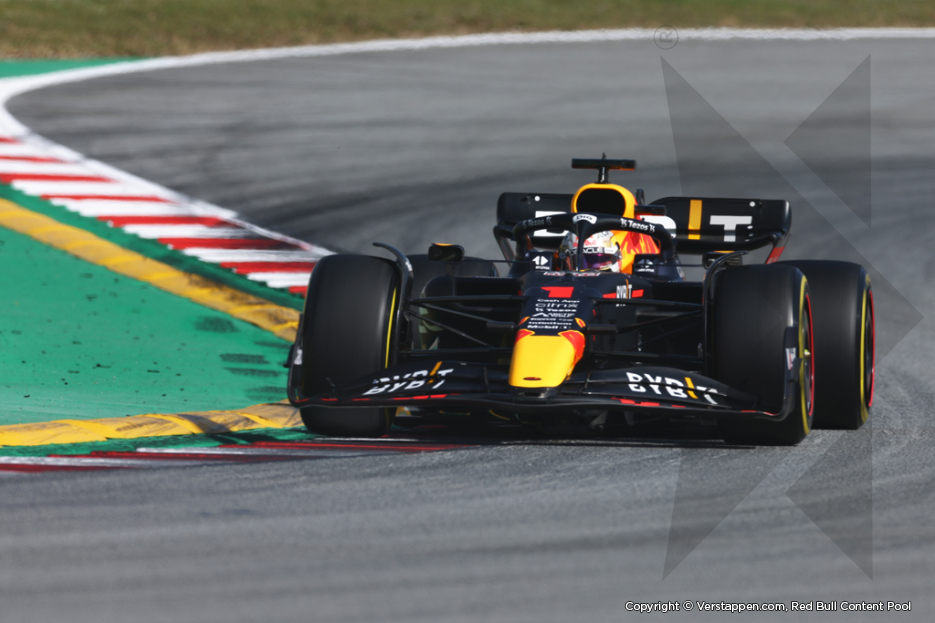 Max Verstappen clocked the fifth quickest time in the second free practice session of the Spanish Grand Prix. Ferrari’s Charles Leclerc was fastest at the Circuit de Barcelona-Catalunya with the Mercedes duo of George Russell and Lewis Hamilton completing the top three.

“It was tricky to find the right balance in the heat here”, explained Max after FP2. “Looking at our pace over one lap, we’ll have to get to work. However, the long-runs looked pretty good, so I’m happy with that. But the tyres are struggling in these conditions, and we haven’t optimised the balance. Thankfully, the conditions should remain the same for the rest of the weekend.” 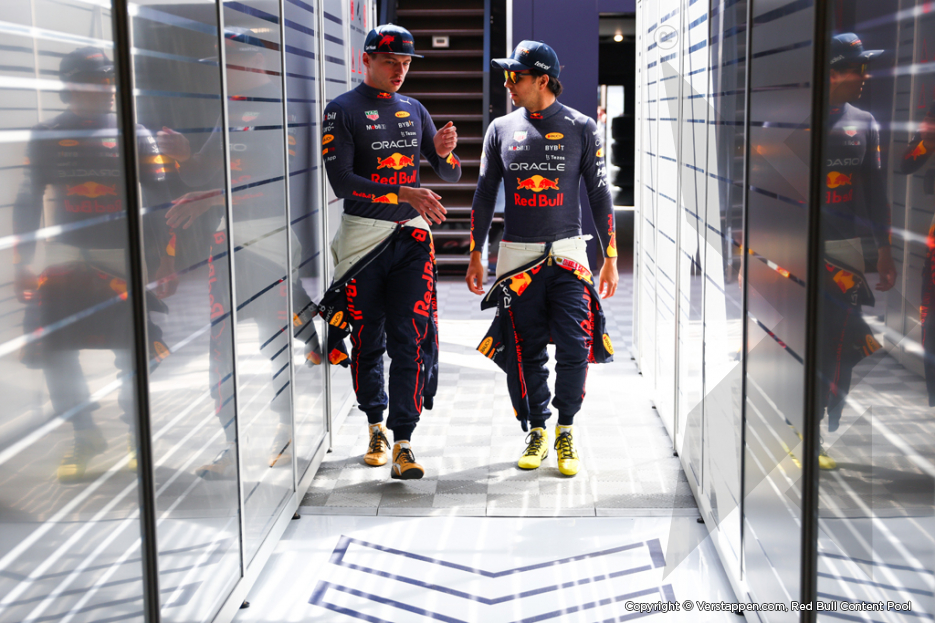 At the start of the afternoon practice session, it is busy out on track. Max is keen and starts his FP2 with a five-lap stint on the medium Pirelli tyres The Oracle Red Bull Racing driver is the early pace setter in the session.

Ten minutes in, Valtteri Bottas’ Alfa Romeo has crawled to a halt, prompting race control to deploy a virtual safety car in order to remove the stricken red and white race car.

After twenty minutes, it is time for qualifying simulations. Max bolts on the soft Pirellis and sets off for two flying laps. His quickest effort is a 1:20.006, meaning the reigning champ trails pace setter Leclerc by four tenths. Meanwhile, the updated Mercedes appears to have found lap time with both Lewis Hamilton and George Russell splitting the two Ferraris in second and third place.

In the final third of the session, the teams shift their focus onto long runs, which means the lap times are not bettered and the top five of Leclerc, Russell, Hamilton, Sainz and Max remains unchanged. The latter finishes the day with a 12-lap stint on the mediums, bringing his lap count to 27 laps completed in FP2.