Max second in qualifying Spanish GP: 'I could not do my final run' 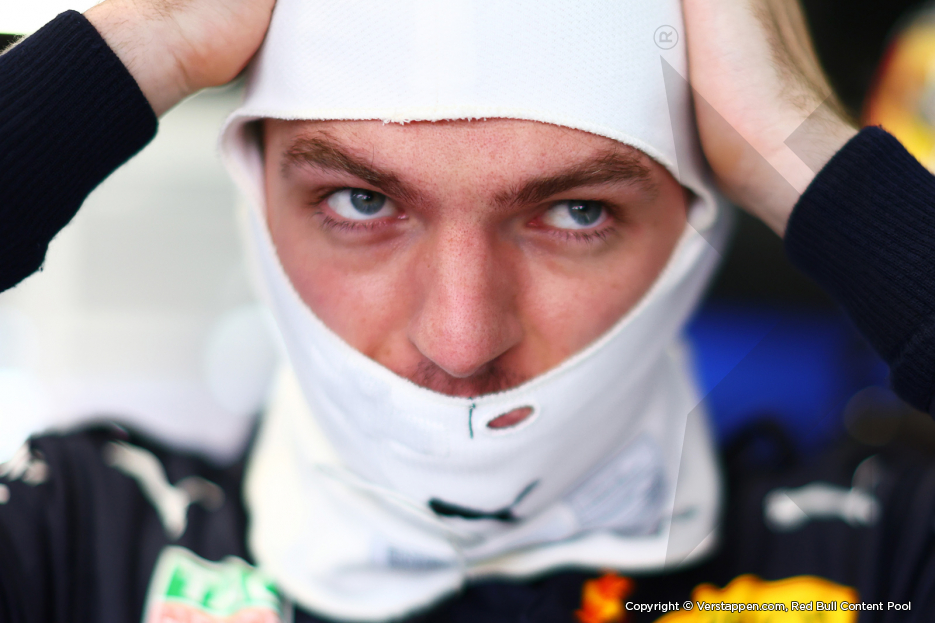 Max Verstappen qualified second for the Spanish Grand Prix. The Dutchman was fighting for pole but had an issue with his Red Bull so that he had to abort his final lap. Championship leader Charles Leclerc took pole position. Leclerc’s teammate at Ferrari, Carlos Sainz, finished third. George Russell, Sergio Perez, and Lewis Hamilton completed the top six.

Asked if the problem caused him to lose out on pole, Max answered: “It is always difficult to tell. I could not do my final run. The DRS did not open. I pressed the button, but it did not work. Very strange. It is a shame, but to be on the front row here looking at the weekend so far was a good achievement. But of course, I would have liked to go for that final run.”

Looking ahead to the race tomorrow, Max says: “Of course a lot can happen. But you see already the whole weekend that Ferrari has good pace. So, I think they are a little ahead in terms of speed. But we will try hard tomorrow. Generally, this weekend was a bit more difficult for us.”

According to max it is all about tyre management tomorrow: “That is what it will be about. But of course, you will also need to have the pace in the car. Hopefully I will be a bit better on the tyres than Ferrari. And seeing their run in FP3 it strongly looks that way. We will have to wait and see. Tomorrow will be very warm. It will be very difficult to overtake on this circuit, but we will see how it goes. Hopefully our car is a bit kinder on the tyres. But it is difficult to tell at the moment.” 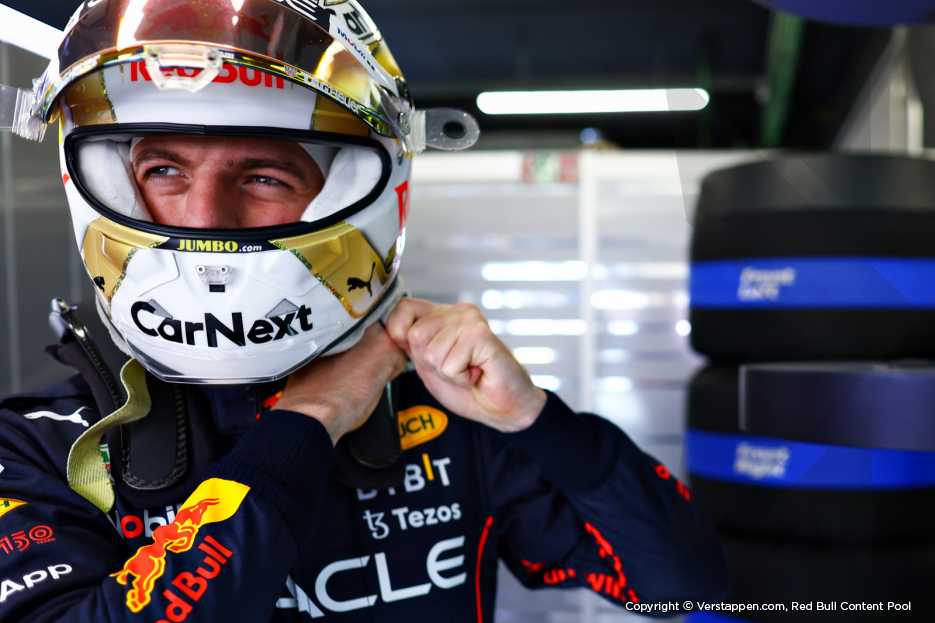 As the last couple of days, the temperatures are high again in Barcelona, with 34 degrees outside temperature and a track temperature of 47 degrees. When the lights go green, it is Zhou Guanyu who comes out on the track of the Circuit de Barcelona-Catalunya first. Sergio Perez is coming out early and sets a lap time of 1:20.447. Verstappen goes directly after Perez for his first quick lap and sets a 1:20.091. This time is quickly improved well over two tenths of a second by both Ferraris. It is getting crowded to get over the line in time for the second run in the first part of qualifying. All drivers can start their second run in time. At the end the following drivers drop out: Nicholas Latifi, Alexander Albon, Lance Stroll, Fernando Alonso, and Sebastian Vettel. Home hero Alonso suffered from traffic and lost the opportunity to improve his time. Verstappen goes through to Q2 in third position.

In the second part of qualifying the Mercedes are quick. George Russell sets a time of 1:19.470, with Lewis Hamilton more than three tenths behind. Verstappen is after the first run in sixth position, more than sixth tenths slower than Russell. In the second run Sainz sets a new fastest time with loud cheers of his home crowd: 1:19.453. Verstappen sets at time more than two tenths quicker and goes through to Q3 in first place. Zhou, Pierre Gasly, Yuki Tsunoda and Esteban Ocon drop out of Q2. Lando Norris also drops out because his lap time is deleted because of exceeding track limits. So Mick Schumacher gets through to Q3. 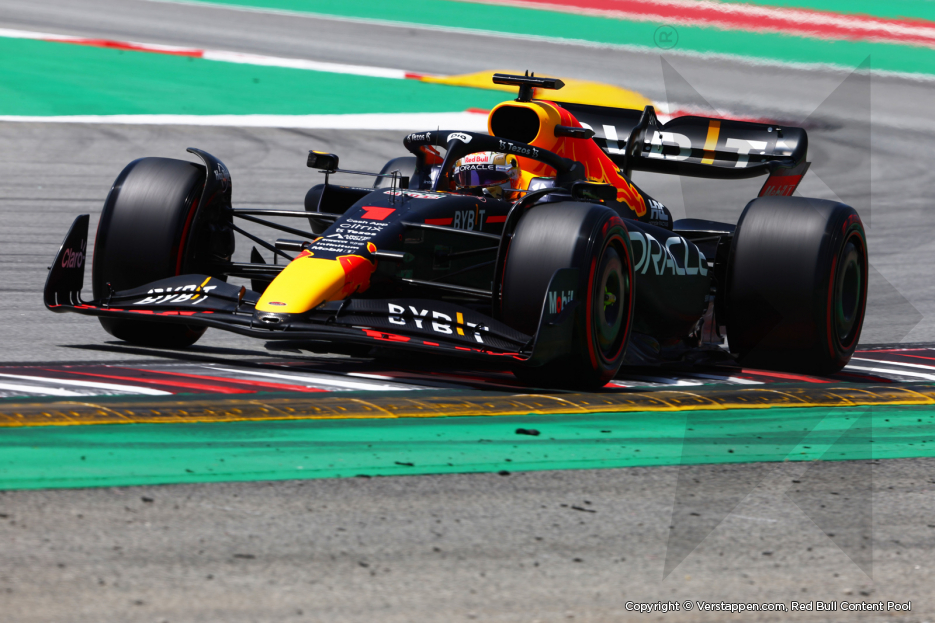 In the final and decisive part of qualifying it is Hamilton who sets the first fastest time, but Russell, Perez and Sainz are soon quicker. Verstappen goes to P1 by setting a 1:19.073. Leclerc had a spin and did not finish his quick lap. The leader in the world championship goes into the pits for a new set of soft tyres. When he comes back out his first and final time in Q3 is a 1:18.750. Meanwhile Verstappen reports on the radio that he lost power, he had to abort his second run and cannot improve. Thus, Leclerc takes pole position, for the first time in ten years no Mercedes on pole in Barcelona. Verstappen takes second position, more than three tenths slower. Sainz completes the top three finishing more than four tenths behind his teammate. Russell finishes in fourth place, while Perez and Hamilton are on the third row on the grid.