Horner after qualifying in Spain: 'We'd have been closer without that issue' 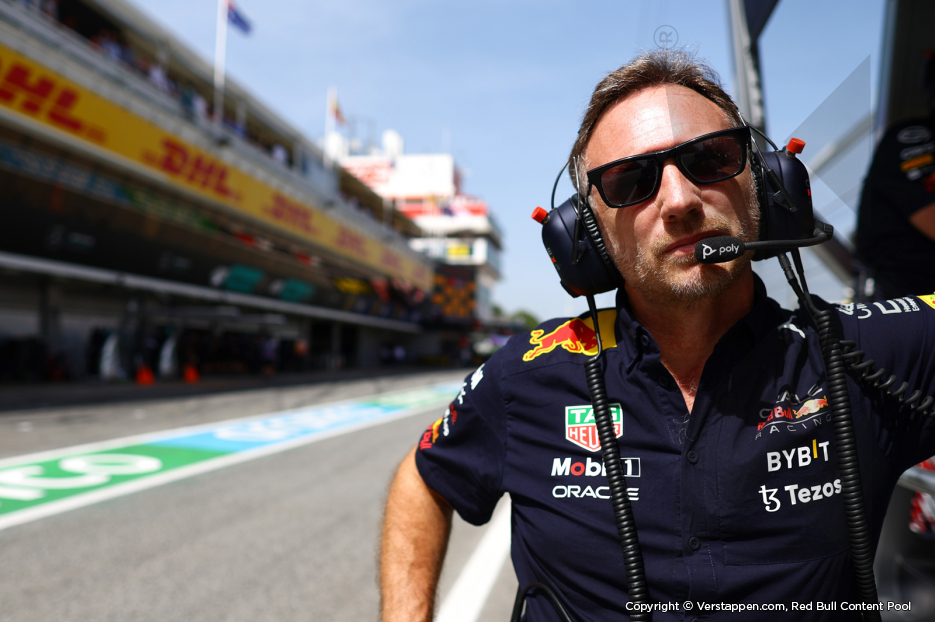 Oracle Red Bull Racing team principle Christian Horner: “I’m pleased we will start from the front row tomorrow with Max in P2, as he had a DRS issue on his final lap which meant he didn’t get the chance to reply to that final lap from Charles. While I don’t think we had enough to beat his time today, I do think we’d have been closer without that issue. It shows that it’s such fine margins in this sport and that’s the same with Checo, he didn’t quite nail Sector One which means he starts from P5, but he’ll race ok from there. In these temperatures it’s all going to be about tyre degradation and management, so I think it will be a very close and fascinating race tomorrow.”