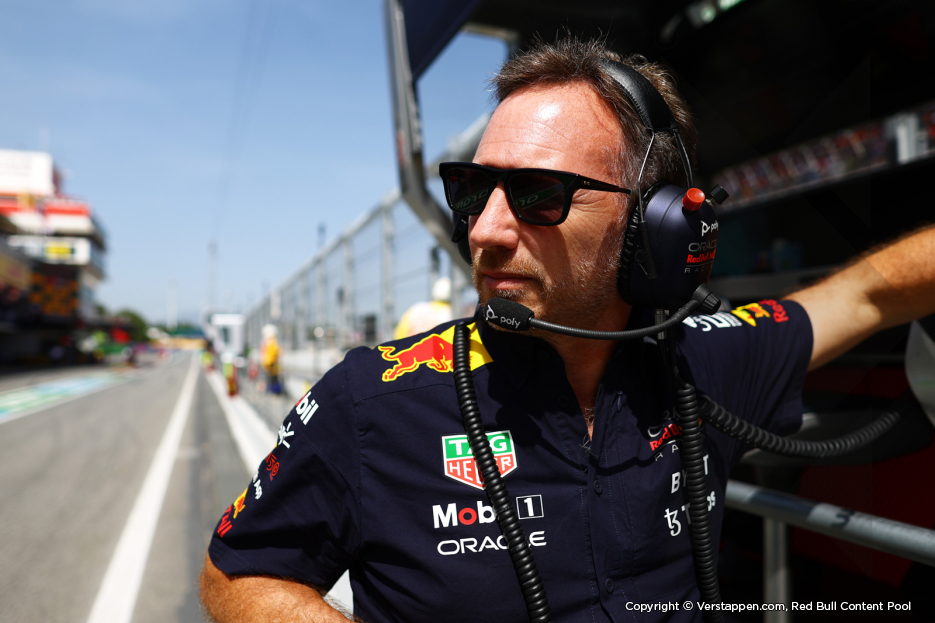 Christian Horner, team principal of Oracle Red Bull Racing, reflects after the Spanish Grand Prix: “It is fantastic for the team to bring home our second 1-2 finish in three races, which was hugely important for us in the fight for both Championships. Both drivers got great starts and things were settling down quite nicely, but a massive gust of wind sent Max into a slide and that dropped him down to fourth. We already knew he had a DRS issue, so at that point we decided to convert him to a three-stop strategy and give him tyre advantage over Leclerc and Russell – but we were still undecided whether a two or three stop was the better choice at that stage.”

“With Checo on a two-stop strategy it meant both drivers were working as a Team and covering the opposition. To get maximum points today was our aim, it was hugely important for us as a team and I’m glad we were all able to work together to achieve that.”