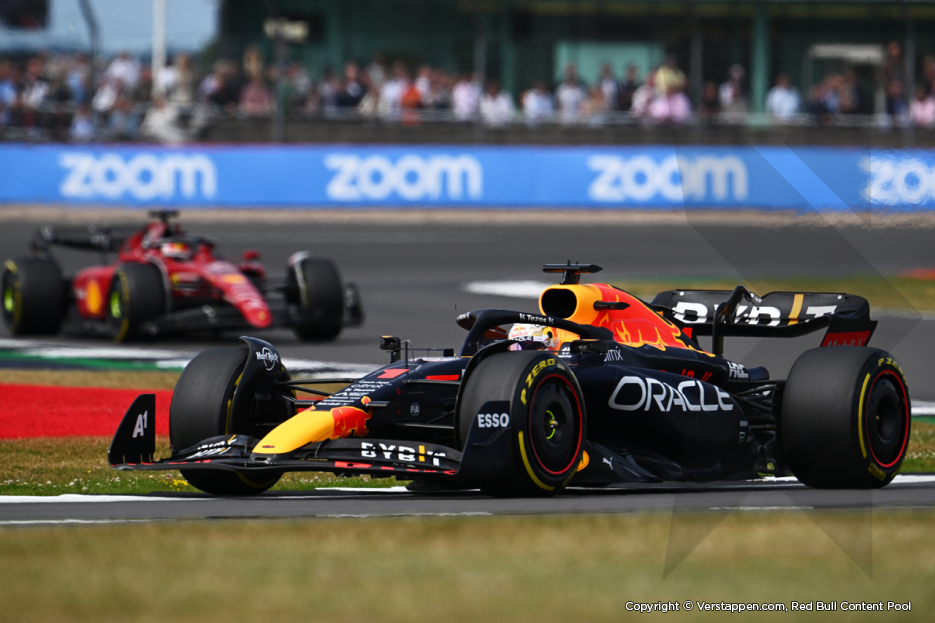 Carlos Sainz took his first Formula 1 win at the British Grand Prix, whilst Max Verstappen finished in seventh place after a frustrating race. A puncture and floor damage, prevented the Oracle Red Bull Racing driver from fighting for the win in a chaotic race that saw team mate Perez clinch second ahead of Mercedes’ Lewis Hamilton.

“I had good starts but at the restart I was pushed to the inside, which meant I had to lift. Bu the pace was good, and I was able to close the gap to Carlos. He made a mistake, which meant I could take the lead”, said Max after the race, before explaining how his RB18 lost speed.

“There was a piece of carbon in turn five. By the time I saw it, I couldn’t avoid it so I tried to hit it straight on. It ripped the entire left side of the floor. You lose all balance and thus lap time. With these cars, the floor is the most important part so I lost a lot of downforce.”

Nevertheless, the Dutchman fought until the end: “It wasn’t nice, losing almost two seconds per lap, but at least we were able to score some points.”

When the lights go out, Max enjoys an excellent start by passing Sainz into the first corner. Further back, chaos reigns after Zhou Guanyu’s Alfa Romeo is tapped by George Russell and is catapulted into the gravel traps. The Alfa rolls several times and lands upside down between the fence and the tyre barrier. Thankfully, Zhou appears unharmed and further checks in the medical centre confirm the Chinese driver has walked away unscaved.

Meanwhile, race control have red flagged the race and start lengthy fence and barrier repairs. In the end, the race is restarted at 15.56 local time, after a delay of almost an hour. The grid lines up in the qualifying order, bar Zhou, Russell and Albon.

Unlike the first start, Max is not able to get past pole-sitter Sainz as the Ferrari holds the lead on the opening lap. Behind the two leaders, Leclerc, Perez, Norris and Hamilton fight for third with Leclerc damaging his front wing after contact with Perez.

Ten laps in, Max slowly starts to put the pressure on Sainz by getting into DRS range. A small mistake by the Spaniard in Becketts means the Ferrari has to go through the grass with Max taking the lead. Soon after, Sainz repasses Max as the Dutchman has to head back to the pits with a slow puncture. 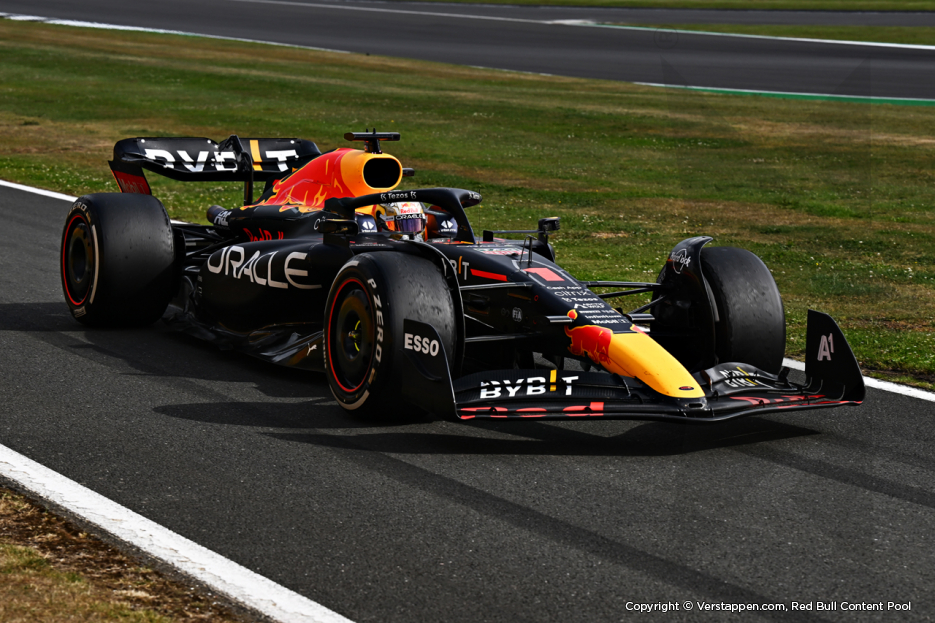 After his stop, Max re-joins the race in sixth, but his woes are not over; floor damage has affected the RB18’s balance and the championship leader is struggling to drive the car. A dozen laps later, Max pits again for the hard Pirelli compound and re-joins in eighth place. Soon after, he is overtaken by Esteban Ocon. The Alpine driver cannot enjoy his overtake for long when his car grinds to a halt on the old start/finish straight on the run down to Copse. Race control responds by deploying the safety car.

As soon as the safety car comes out, several teams use the situation to pull their drivers in for one final tyre stop. At the front, Leclerc is left out by Ferrari, whereas Sainz and Hamilton come in for brand new softs.

On lap 42, the safety car ends with Leclerc leading the field for an action-packed ten-lap shoot-out for the race win. The Monagasque struggles to get his old hard tyres up to temperature and has to give way to team mate Sainz who is utilising the grip of his soft Pirellis.

Whilst Sainz manages to build up a small lead and takes his first win, a ferocious battle for second ensues between Hamilton, Perez and Leclerc. In the end, Perez completes a remarkable come-back by finishing second ahead of local hero Hamilton. Leclerc and Alonso complete the top five.

Max has to defend tooth and nail against Mick Schumacher in the closing laps but manages to hold of the Haas to claim P7 in a valiant attempt to limit his points loss to Leclerc in the championship.