Max looking forward to Red Bull Ring: 'Always an important race for me' After last week’s British Grand Prix, Formula 1 visits the Styrian mountains this weekend for the Austrian Grand Prix at the Red Bull Ring. Max Verstappen spoke to the international media on Thursday afternoon to reflect on a frustrating weekend at Silverstone and to look ahead to this weekend’s event.

Briefly after taking the lead at the British Grand Prix, Max hit a bit of carbon fibre debris from Yuki Tsunoda’s Alpha Tauri, which resulted in Max’ RB18 losing a massive amount of downforce. “It was quote a big piece. At those high speeds, it was difficult to see how big”, said Max. “After hitting it, the car was terrible to drive and I lost about 2.5 seconds per lap. Then it got stuck in my floor and damaged it. It felt like a flat tyre or even a broken suspension. It was impossible in the corners, and I just slid and bounced. It was very tricky.”

In the challenging conditions it can be difficult to stay calm over team radio. “When I’m frustrated on the radio, something is wrong or there is a problem. If the day comes when I don’t care, than I’m not interested enough in the sport. I care about my results, so I can get a bit animated. But it doesn’t affect my performance in the race.” 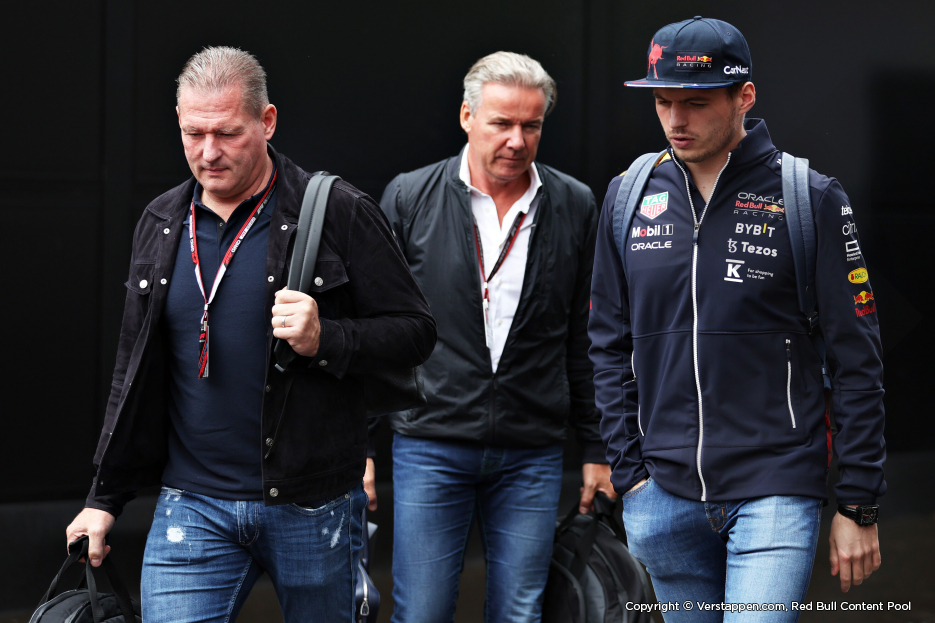 Meanwhile, rumours are circulating in the paddock that the iconic Spa-Francochamps circuit with lose its spot on the F1 calendar after this year. “That would be a real shame. It’s my favourite track in the world. It would be a shame, especially after they’ve made changes to the run-off etc”, said Max. “It just a fantastic track to drive with a Formula 1 car, or whatever car really. The fast corners, the whole flow of the circuit, I just really hope it stays on the calendar.

Before Zandvoort returned on the F1 schedule, Spa was effectively Max’ home race with a lot of the ‘Orange Army’ travelling to Belgium to support the reigning champion. However, this year, the Red Bull Ring will feel like a home race too as over 50.000 Dutch fans will gather at the Red Bull Ring.

“It’s great to see so many Dutch fans travel here. The Red Bull Ring has been good to us lately and I enjoy the track with its quick corners and slow technical ones. The undulation makes it an interesting place. Hopefully, we’ll have another positive weekend.”