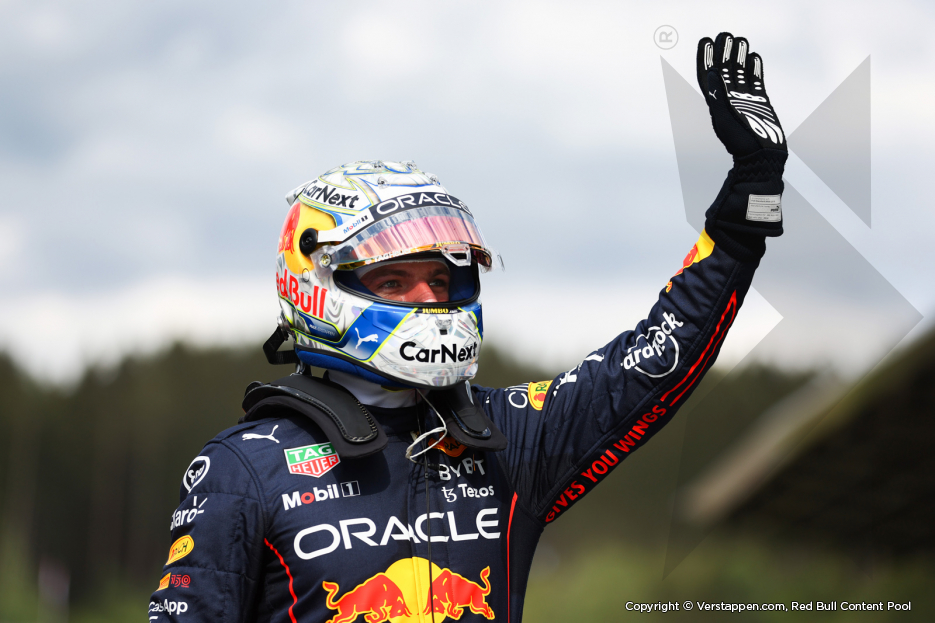 Max Verstappen won the sprint at the Red Bull Ring and will start Sunday’s Austrian Grand Prix from pole position. The Dutchman finished ahead of the two Ferraris of Charles Leclerc and Carlos Sainz. Max’ Oracle Red Bull Racing teammate Sergio Perez recovered to fifth place after starting the sprint in thirteenth.

“It’s great to see the fans”, said Max after being cheered on by 50.000 Dutch fans at the circuit in the Styrian mountains. “It was a good race. The pace at the beginning was good. Carlos and Charles we’re fighting so that helped as well. After that, it was fairly even. It was a sprint like it should: flat out.”

Looking ahead to tomorrow’s Grand Prix, Max said: “I expect an interesting race. Obviously, it’s longer and it will be tricky with the tyres. We’ll see. The car is good, but still a bit heavy. We're working on it, but it's not as much of a problem in the race. You don't push the same as in qualifying, which helps. We’ll need to fine-tune a few things, but generally speaking, we’re competitive this weekend.” 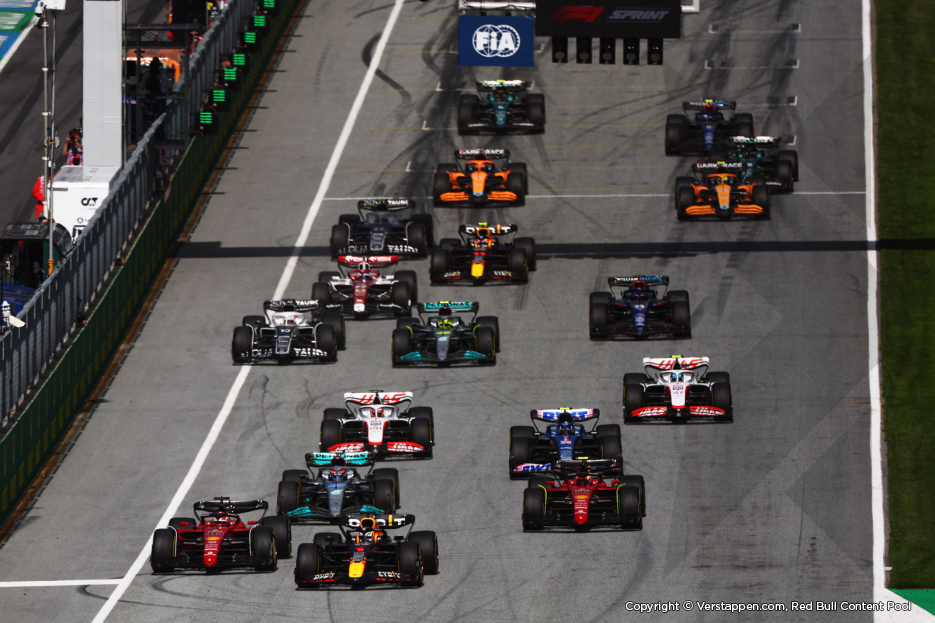 In order to get the sprint under way, an extra formation lap is required; as the drivers line up for the start, Zhou Guanyu’s Alfa Romeo switches itself off, resulting in the start getting delayed for another lap.

Once the five lights do go out, Carlos Sainz puts the pressure on Max as the field heads into the first corner. Max makes his RB18 wide and keeps the lead as the drivers head down the first long straight towards turn three.

Apart from a collision between Pierre Gasly and Lewis Hamilton on the run to turn one, all drivers survive the first lap without any issues. Max leads ahead of Leclerc, Sainz, George Russell (Mercedes), Esteban Ocon (Alpine) and Kevin Magnussen (Haas).

With the Ferraris squabbling, Max is able to stay out of DRS range and is able to build a comfortable lead in the opening half of the race.

At the halfway point, Leclerc starts to up his pace and the gap between the Monegasque and the lead is reduced to 2.5 seconds. After that, the gap remains stable for the remainder of the race, resulting in a sprint win for Max and P1 on the starting grid for tomorrow’s Grand Prix. Leclerc will join the Red Bull on the front row of the grid, with Sainz and Russell sharing the next row.