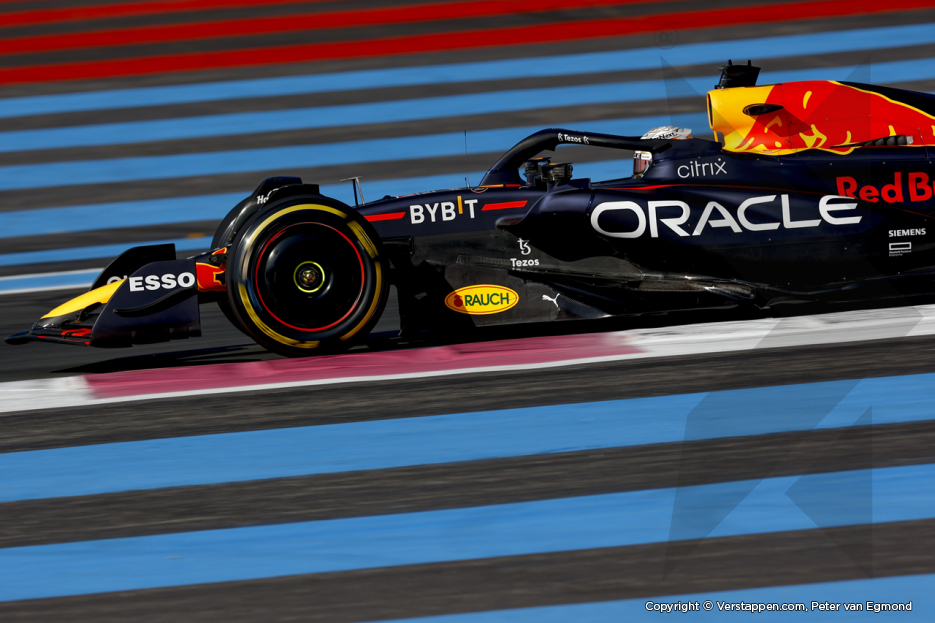 Max Verstappen finished the third free practice session for the French Grand Prix as fastest. The Dutchman drove 22 laps on the colourful circuit Paul Ricard and set just before the end of the session the fastest time (1:32.272) on soft tyres. Ferrari drivers Carlos Sains and Charles Leclerc completed the top three.

With temperatures around thirty degrees the final free practice gets underway. Sergio Pérez is the first driver to leave the pitlane. Not much later he is followed by his teammate Max Verstappen. The Oracle Red Bull Racing driver is on medium tyres and sets a 1:32.837 on his first timed lap. Max improves that time to a 1:32.808, before returning to his team.

Verstappen comes back out on track when there is just under forty minutes to go. This time the world champion starts a long run on a set of medium tyres. The top six is formed by Max, Carlos Sainz, Sergio Pérez, Valtteri Bottas, Fernando Alonso and Lewis Hamilton. Verstappen returns to the pits after a stint of ten laps. 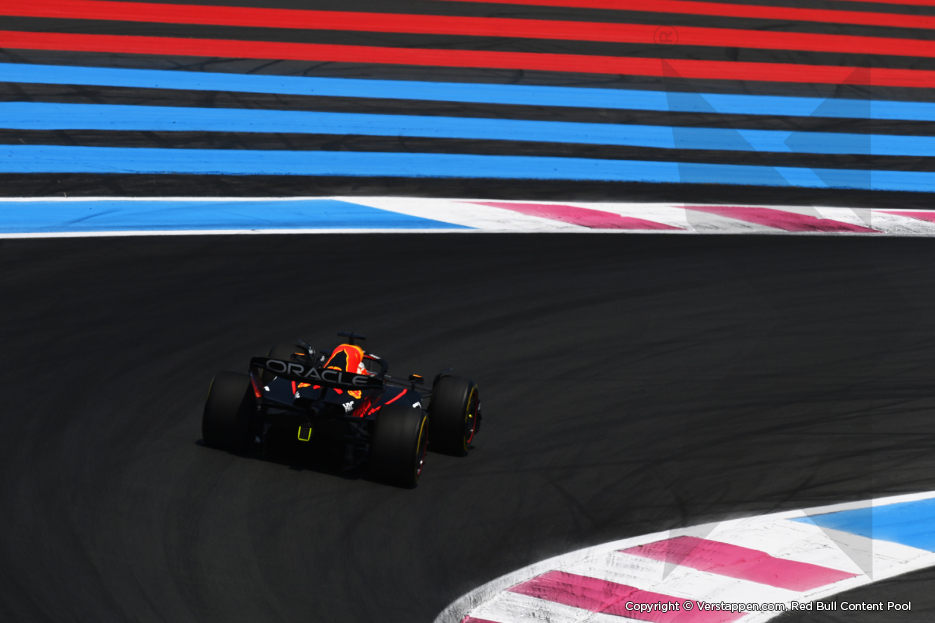 In the final phase of the session swaps Max the medium tyres for a new set of softs, with which he improves his time by more than half a second. The Dutchman goes for a final quick lap just before the end, but is impeded by Mick Schumacher, so he was not able to improve his time. However, the 1:32.272 is more than enough to finish the session as quickest. Carlos Sainz and Charles Leclerc complete the top three. Lewis Hamilton, Sergio Pérez and George Russell form the rest of the top six.