Horner after French GP: 'In the end a straight forward victory for Max' 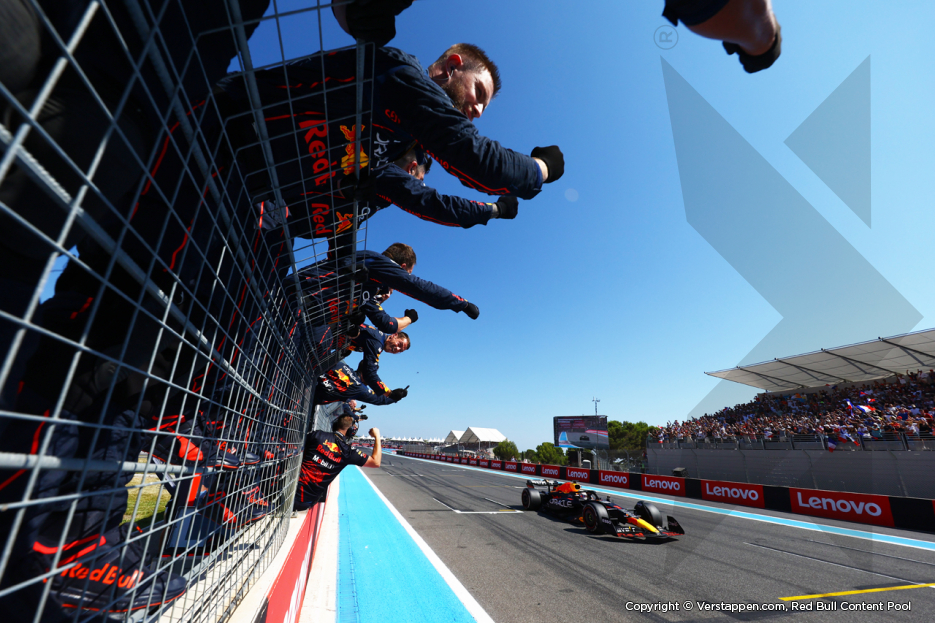 Christian Horner, team principal of Oracle Red Bull Racing, says after the French Grand Prix, won by Max Verstappen: “The main thing today is that Charles was okay. It was a cracking race between Max and him in that first stint. We pushed the button early and went for the undercut: Max had effectively taken track position, so it’s a shame we didn’t get to see how that played out. It would have been a great battle. In the end it was a straight forward victory for Max and a very good point scoring day.”

Horner continues: “It was frustrating we didn’t have Checo on the podium too. It was just bad timing for the virtual safety car for him, there was a software error so they were held longer than they should have been. We have to keep pushing this season and look to get the best out of every ounce of performance. There are lots of factors at play but today was a big day for us.”