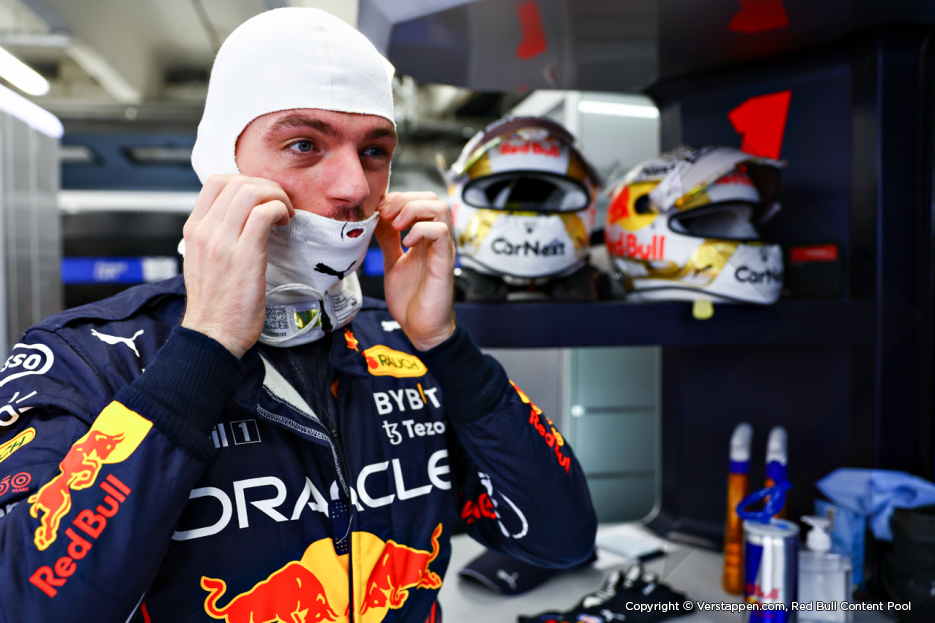 Max Verstappen finished the first free practice session, for the Hungarian Grand Prix, in second position. On the 4.381-kilometre-long Hungaroring set Carlos Sainz in his Ferrari the fastest time, while his teammate Charles Leclerc finished in P3. The McLaren of Lando Norris and the Mercedes of George Russell completed the top five. Max’ teammate at Oracle Red Bull Racing, Sergio Perez, set the sixth time.

Just like in France, is Robert Kubica again in Hungary driving the Alfa Romeo of Valtteri Bottas in FP1. All eyes are pointed at Haas as they have come with a big update for the VF-22. Reportedly only Kevin Magnussen will be driving the updated car. 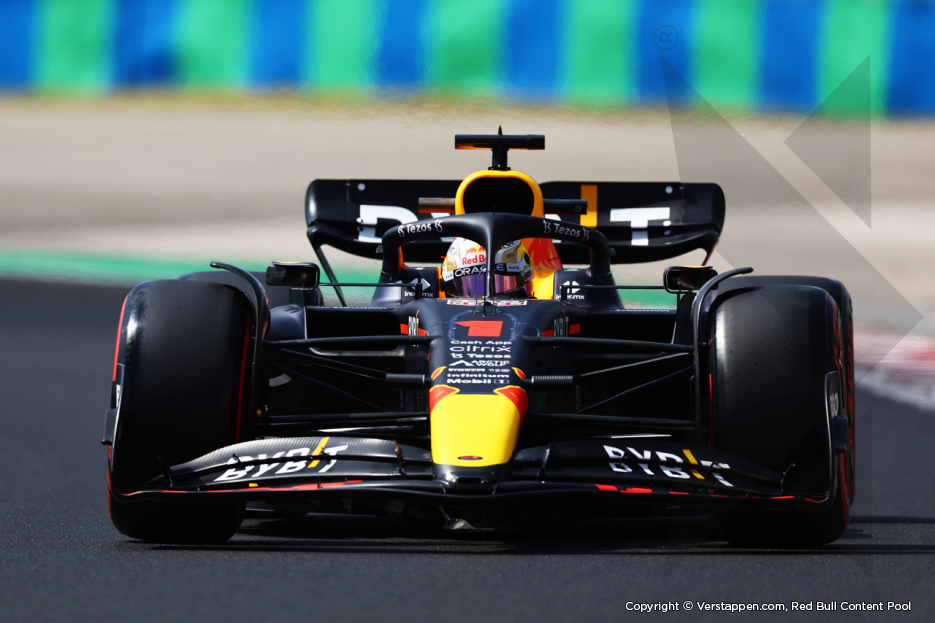 At the start of the weekend, it is sunny and with a temperature of 32 degrees it is oppressively warm. The track temperature is at 55 degrees also high. Sebastian Vettel is the first driver to come out on track. The German announced that this will be his last season of Formula 1.

It does not take long before almost everyone comes out on track. After less than four minutes all the pit boxes are empty, and everyone is on their way. Vettel is also the first to set a time. Max Verstappen immediately goes to P1 after setting his first time, in front of Sainz and Daniel Ricciardo. The world champion is on soft tyres. For a short while Max falls back to P4, but with two purple sectors he moves back up to P2, eighteen thousandths behind Leclerc.

During the next phase of the session Max, Leclerc and Sainz continue to swap places. After about 25 minutes most of the cars return to the pits to close this part of the session.

With less than half an hour to go both Red Bulls are still inside and both Ferraris are out on track on a new set of soft tyres. Not much are Lewis Hamilton and Yuki Tsunoda having a moment. The AlphaTauri driver locks up in turn one, resulting in a flat spot on his front tyre. While the Brit goes of track in the third sector. Both can continue the session without issues.

With twenty minutes to go both Red Bulls come back out on track. They also are on a new set of soft tyres. Max is not wasting any time and immediately goes fastest. He is then almost four tenths ahead of the Ferrari of Carlos Sainz. A little later sets Leclerc a time between that of Verstappen and Sainz and takes P2. With only twelve minutes to go finds Sainz a bit more speed and takes P1 of Verstappen. Leclerc follows in P3 ahead of the Mercedes of George Russell.

During the last ten minutes most of the teams are focussing on long runs so the times are not improving much. And so, the first free practice session on the Hungaroring comes to an end.