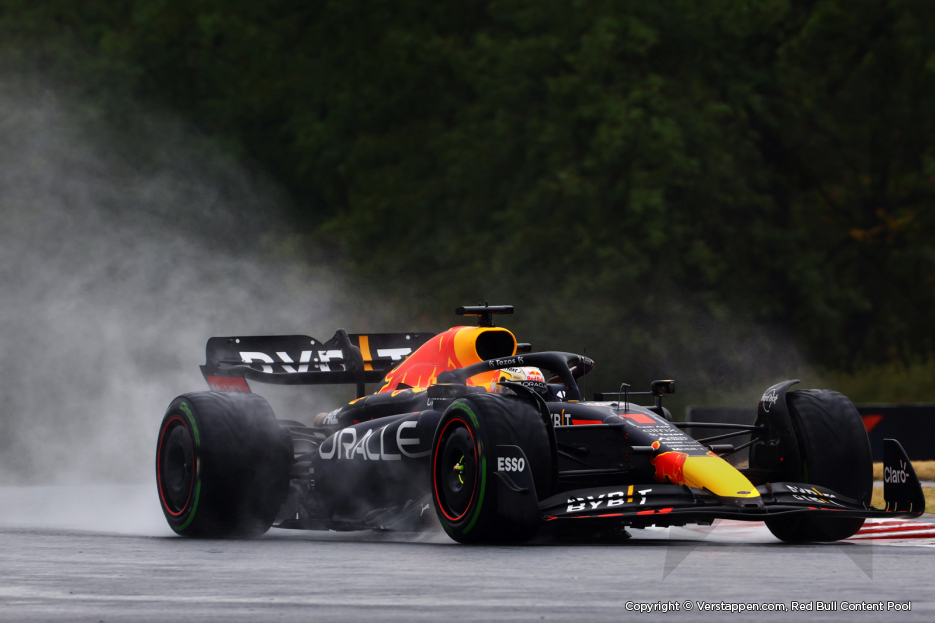 Max Verstappen noted a fourth fastest time in the third free practice for the Hungarian Grand Prix. The session was driven in wet conditions and kept Verstappen in the garage for a considerable amount of time. Only in the final twenty minutes of the session Max ventured out and on the intermediate compound tyre the Dutchman eventually lapped the wet Hungaroring nine times. After a short delay, due to Sebastian Vettel crashing out, Max clocked a fourth fastest time as the flag dropped. Nicholas Latifi in his Williams surprisingly took pole, followed by Charles Leclerc and Alexander Albon.

Compared to Friday, where it was dry on the 4.381 km long Hungaroring, the weather conditions on Saturday have completely changed. Prior to the third free practice the Heavens opened up resulting in a soaking wet circuit at the start of the practice session. After five minutes the Ferraris of Charles Leclerc and Carlos Sainz are the first ones to head out on track on a set of the full wet tyres. Quickly more drivers follow suit. Fernando Alonso is bold enough to get out on track on the intermediates. The rain keeps pouring down causing Alonso to be much slower compared to his peers on the full wets. 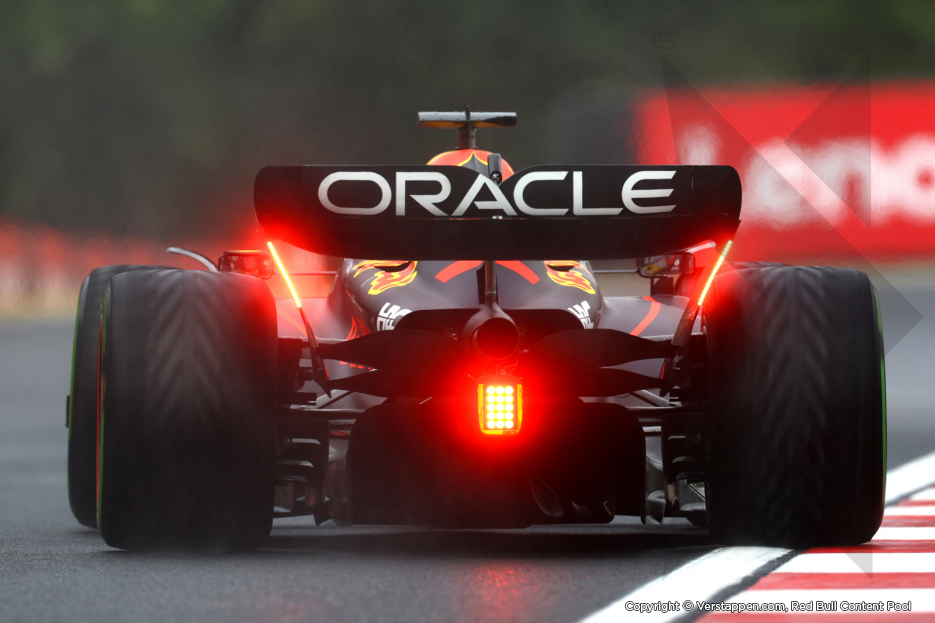 When Verstappen is busy with his first flying lap, Leclerc spins at Turn three. After a decent 360, the Monegasque is able to continue on without any problems. Verstappen needs to get his tyres back on temperature and is slowly building up his tempo. Just as the Dutchman notes the ninth fastest time, the red flag comes out. Sebastian Vettel spins out in his Aston Martin at Turn ten and the German slides backwards into the tyre wall.

With still four minutes remaining on the clock, the track is given clear again. Max, just like many more drivers, heads out once more on the intermediates. The track has dried up a bit more so the lap times keep dropping. Verstappen betters his time to a 1:43.205, at that moment the quickest time of all. Not much later Nicholas Latifi drops a 1:41.480, surprisingly enough the fastest time in his Williams. Behind the Canadian, Charles Leclerc and Alexander Albon finish P2 and P3. Ultimately Verstappen finishes the session fourth fastest.

At 16:00 hrs. local Dutch time qualifying for the Hungarian Grand Prix will get underway.