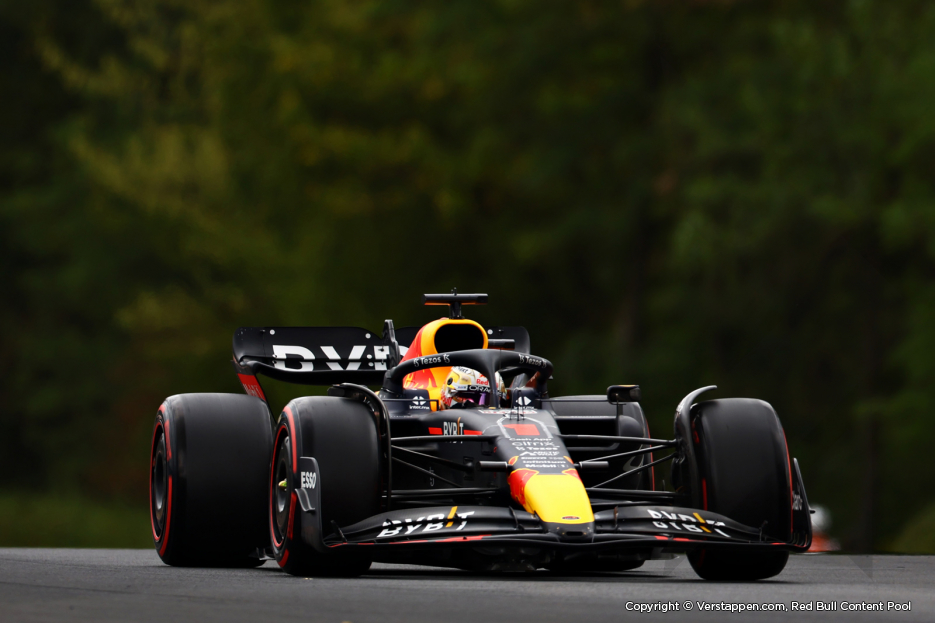 Max Verstappen qualified tenth for the Hungarian Grand Prix. The Dutchman had a disappointing qualifying. After his first run in Q3 Verstappen was in P7 after making a mistake. Prior to his final flying lap Max reports on the radio that he lost power. Despite best efforts of both Max and the team of Red Bull Racing, the issue could not be solved, and Verstappen finished qualifying in tenth position. George Russell surprisingly took his first pole in his Formula 1 career, with behind the Mercedes driver both Ferraris of Carlos Sainz and Charles Leclerc in P2 and P3.

After qualifying Max says about the issues in his final run: “I had no power when driving out of the pits. I don’t think it is a big issue, but something we could not solve on track. I did not go to the team yet to talk about it, but it is very unfortunate. Especially because the car was so much better today.”

That is why Verstappen thinks he could have gone for pole: “I think so. After yesterday we made a lot of changes to the car and that really worked. Up to Q3 it looked all good and I had a good feeling in the car. You will never know where you will end up, but we had good pace.”

On the winding Hungaroring, at which it is hard to overtake, will Max face a hard task tomorrow: “Hopefully we will not lose too much time in the beginning with the cars in front of us, as it is hard to overtake here. Everything can happen, and maybe we need a bit of luck. We will see tomorrow.” 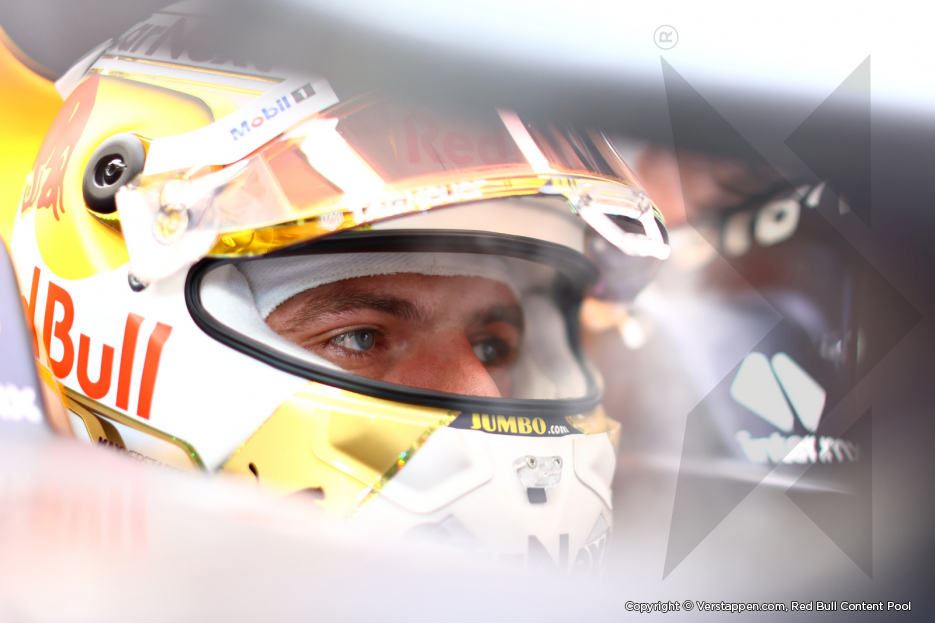 After a rainy third free practice session, it is dry at the start of qualifying on the Hungaroring, close to Budapest. When the lights go green all drivers, except for the Ferraris, come out immediately on soft tyres. In his first flying lap Max sets the fastest time (1:19.020). Verstappen improves his time twice, staying just ahead of the Ferraris, after they came out on track a bit later. After a short stay in the pits, all drivers come out again for a second stint. Lewis Hamilton, George Russell and Carlos Sainz go quicker than Verstappen, but fourth is for the Dutchman more than enough to go through to the second part of qualifying. The following drivers drop out of qualifying: Yuki Tsunoda (P16), Alexander Albon (P17), Sebastian Vettel (P18), Pierre Gasly (P19) and Nicholas Latifi (P20).

In the second part of qualifying is Max again in P1 after his first flying lap, setting a time of 1:17.703. Despite Leclerc coming close in the final phase of the session, this time is good enough for Verstappen to finish Q2 as quickest. Teammate Sergio Perez is not so lucky. The Mexican finishes in eleventh position and will not go through to Q3. The following drivers also drop out of Q2: Zhou Guanyu (P12), Kevin Magnussen (P13), Lance Stroll (P14) and Mick Schumacher (P15).

In the final part of qualifying goes Max wide at turn two in his first flying lap. Because of this mistake the Dutchman only set the seventh time. After a short stay in the pits, all drivers come out again for another go in the final phase of the session. Verstappen reports over the radio that he lost power. Despite multiple instructions from the team, the issue cannot be solved, and Max is not able to improve his time. All other drivers go faster than Verstappen, so he finished in tenth position. George Russell surprisingly takes his first pole in his Formula 1 career. It is also the first pole for Mercedes this season. The two Ferraris of Carlos Sainz and Charles Leclerc finish in second and third position, with behind them Lando Norris in P4. The Alpines of Esteban Ocon and Fernando Alonso qualify in P5 and P6, with Lewis Hamilton, Valtteri Bottas and Daniel Ricciardo completing the top nine.

Sunday at 15:00 Dutch time will be the start of the Hungarian Grand Prix.