Jos beached in WRC Ypres Rally: 'The typical Ieper threat did us in'

Published on 20 August 2022 by Mike Motilall 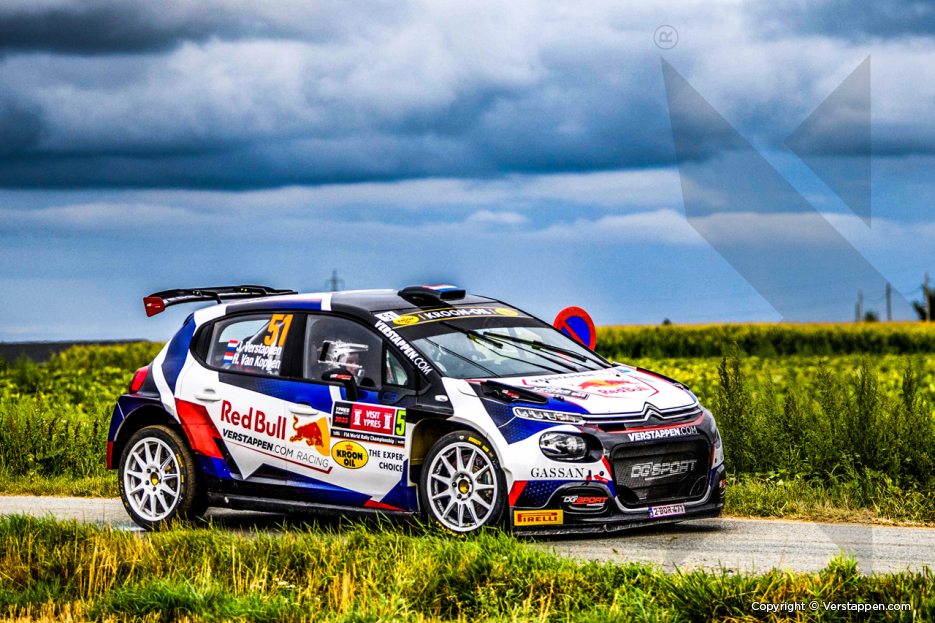 Jos Verstappen had a fine start on the second day in the Belgian Ieper, where the Dutch-driver will be driving his fifth rally. However, on the first stage of the afternoon session, the Citroën C3 slid off track and ended Jos’ day of driving. Together with his navigator Harm van Koppen they are both running for DG Sport in the Rally2-class.

“It’s a shame because we were doing well”, Jos tells Verstappen.com. “On that stage nothing remarkable actually happened. I turned in, I think maybe a bit too late, which caused us to get the outer tyres slightly on the gravel and we became passengers. There was nothing we could do anymore and we slid off, at low speed, into a dry ditch. With that it was all over and the day was done. That is the typical threat in Ieper and it did us in. I still lack the experience.”

During the first four stages on Saturday, it was all looking very well. Jos continues: “In the morning, we were coming along nicely in the race and usually we are a bit quicker on the second stage.” Unfortunately they never got that far. But it appears that the duo will be at the start again tomorrow for the final four stages. “Hopefully the car can be fixed quite easily, so we can be at the start tomorrow. That would be nice, to still be able to gain some more experience”, Jos concludes. 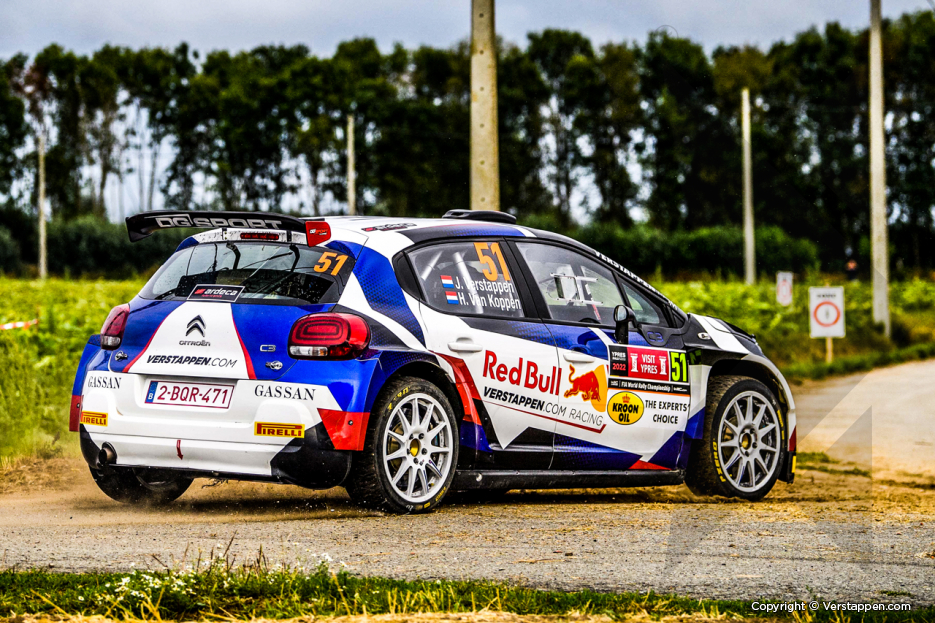 Just like on Friday, there were a total of eight heats on the agenda on Saturday, divided in four different stages which were each driven twice. With lengths ranging between 14 and 22 kms., a lot more mileage was covered today. In the morning, Jos finished overall 27th, 25th, 22nd and 24th. Keeping in mind that there are ten other competitors running in the much faster WRC-class, not a bad result at all. By noon, Jos managed to climb to P20 overall.

In the afternoon, the 85 participating teams prepared themselves for the second round on the stages Reninge, Dikkebus, Wijtschate and Hollebeke. But during the second round in Reninge, the day ended unfortunately prematurely, which annoyed Jos massively. On Sunday the WRC Ypres Rally Belgium spectacle will come to an end with the final four stages.