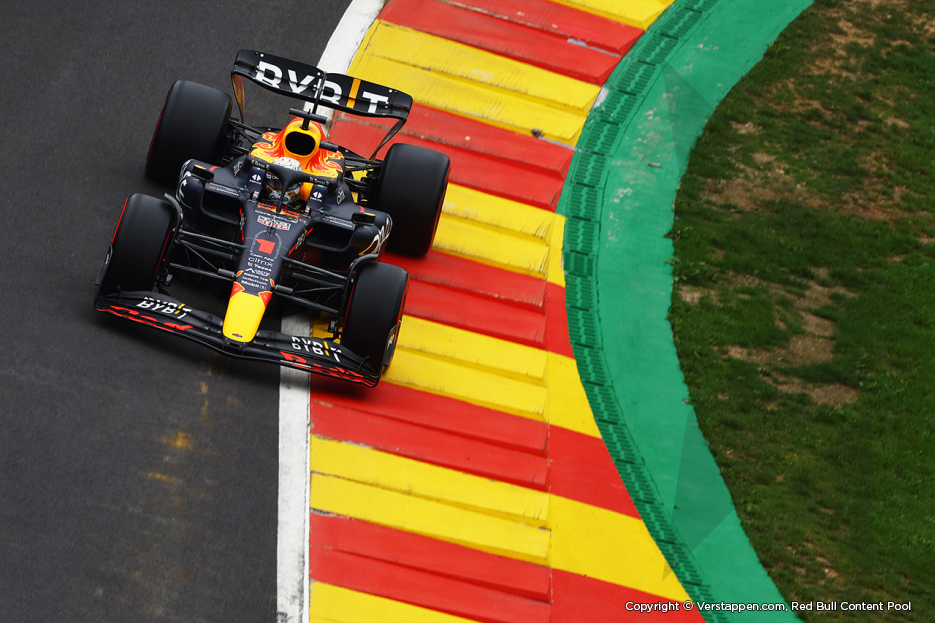 Max Verstappen finished the third free practice session for the Belgian Grand Prix in second position. The Dutchman did eighteen laps on the cloudy Spa-Francorchamps circuit and set a 1:45.184 as his fastest time. Teammate Sergio Pérez was quickest with a 1:45.047. Carlos Sainz for Ferrari completed the top three.

With a temperature of only fifteen degrees the third and final free practice session starts. The circuit is immediately busy and Max Verstappen also leaves the pitlane almost straight away. The leader in the world championship sets a 1:50.435 in his first timed lap, starting a long run on soft tyres. Max reports back to the team after almost twenty minutes.

With half an hour to go the top six is formed by Carlos Sainz, Alexander Albon, Charles Leclerc, Kevin Magnussen, Zhou Guanyu en Valtteri Bottas. Max Verstappen comes out again not much later. On a fresh set of soft tyres, the Oracle Red Bull Racing driver sets a 1:45.480, almost half a second faster than teammate Sergio Pérez, putting him in the lead. After this Verstappen returns to the pits. 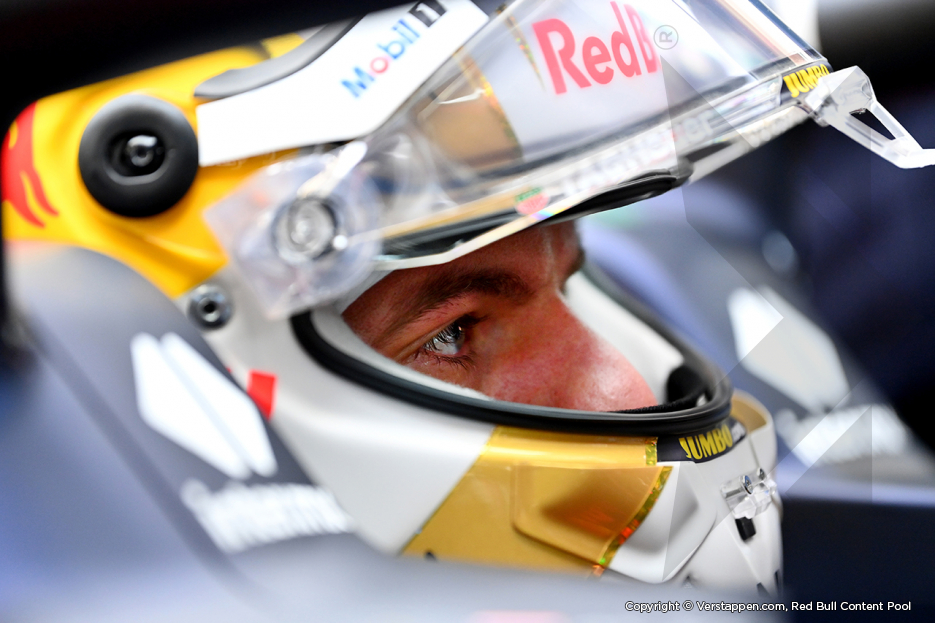 With only ten minutes to go, Leclerc suddenly ends in the gravel trap at turn twelve. The Monegasque can continue without much damage to his car, but race control reacts too quick and the session is red flagged. At the time Max was on a warmup lap.

After a short delay the session is continued. Verstappen improves his time, going almost three tenths of a second faster and finished the session in P2, one and a half tenth behind teammate Sergio Pérez. Carlos Sainz, Lando Norris, Fernando Alonso and George Russell from the rest of the top six.