Published on 03 September 2022 by Mike Motilall 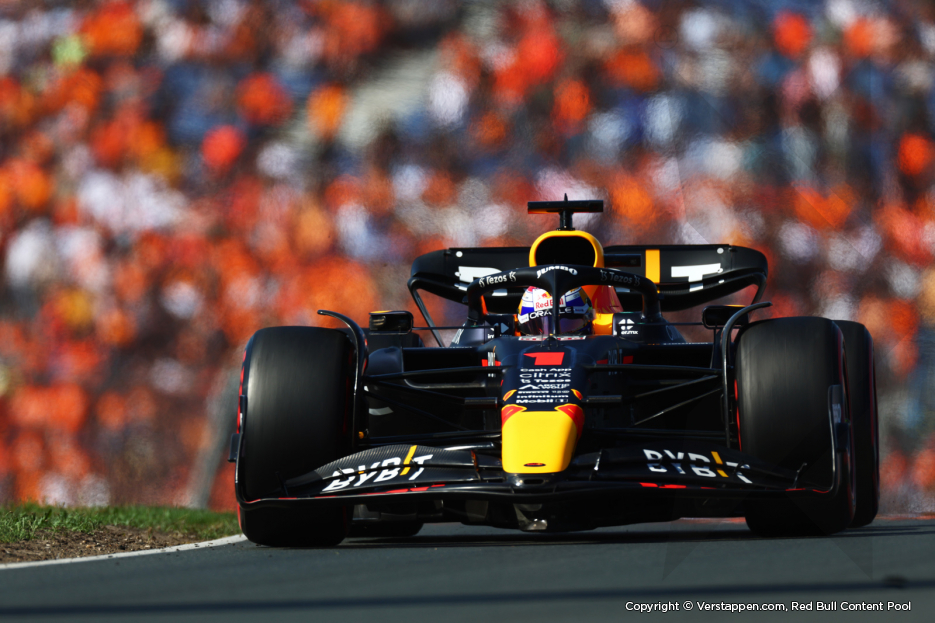 Max Verstappen finished third fastest after the third free practice for the Dutch Grand Prix. On the jam-packed Circuit Zandvoort Verstappen lapped the track 22 times with a 1:11.793 being his fastest lap time. With that Max was a mere 0,161 second slower than the fastest man on track, Charles Leclerc. In between both drivers, George Russell finished second in his Mercedes.

With a clear blue sky and a pleasant 22 degrees ambient temperature, the third and final free practice for the Dutch Grand Prix gets underway. The grand stands are packed on the 4.259 km. long track that are also fully orange coloured. Sergio Perez in his Red Bull is the first one to get a time on the clock. Ten minutes into the session, Verstappen makes to the track for the first time. With a set of the softs strapped on to his RB18, the Dutchman immediately clocks the fastest lap time, this being a 1:12.309. He even manages to better that to a 1:12.196, putting him firmly in first. After a running of six laps around the track, Verstappen heads back to the pits.

Halfway the session, Max heads back out again on the softs. This time, the home boy is not doing fastest lap times, he is merely lapping the track at race tempo as a preparation for the race. While Verstappen heads back in after a ten-lap stint, Sains takes over the top spot. Not much later, Ferrari team mate Charles Leclerc manages to pull out an even faster lap time, while George Russell slots in in between both Ferraris in second place. 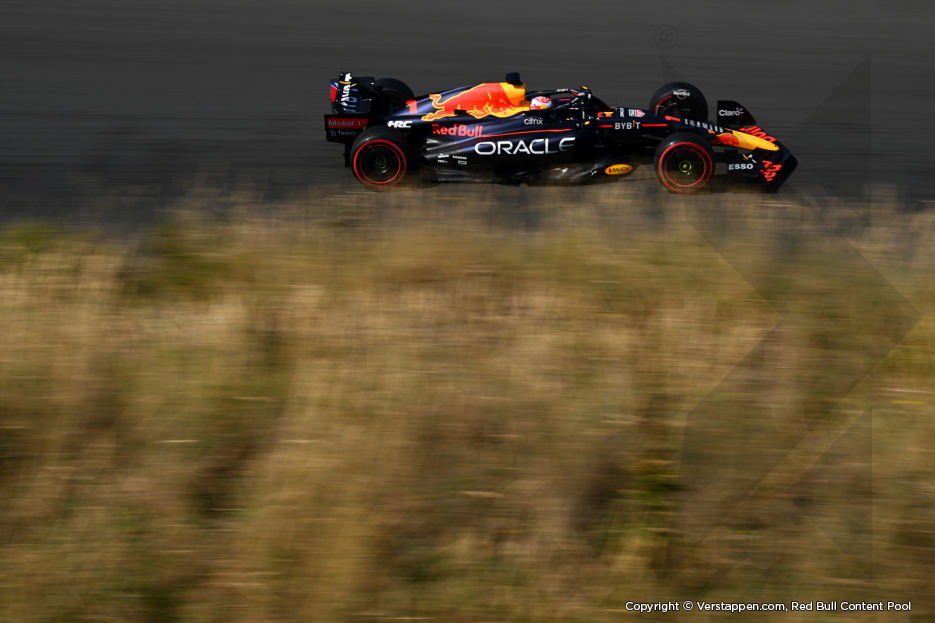 With well over ten minutes on the clock, Verstappen gets ready for a new run. He clocks in the third fastest time, some two tenths a stray from Leclerc. He scrapes off a bit of his time (1:11.793) during his following flying lap, but remains P3. As the flag drops, Pierre Gasly has a serious moment at Turn nine. The Frenchman goes wide and hits a foam sign before managing to get back on the asphalt. Charles Leclerc finishes the session at the top, with George Russell following closely in second. Max Verstappen comes in third fastest and behind the Dutchman, Carlos Sainz and Lewis Hamilton come in respectively fourth and fifth. Sergio Perez takes sixth while Fernando Alonso is ‘best of the rest’ in seventh.