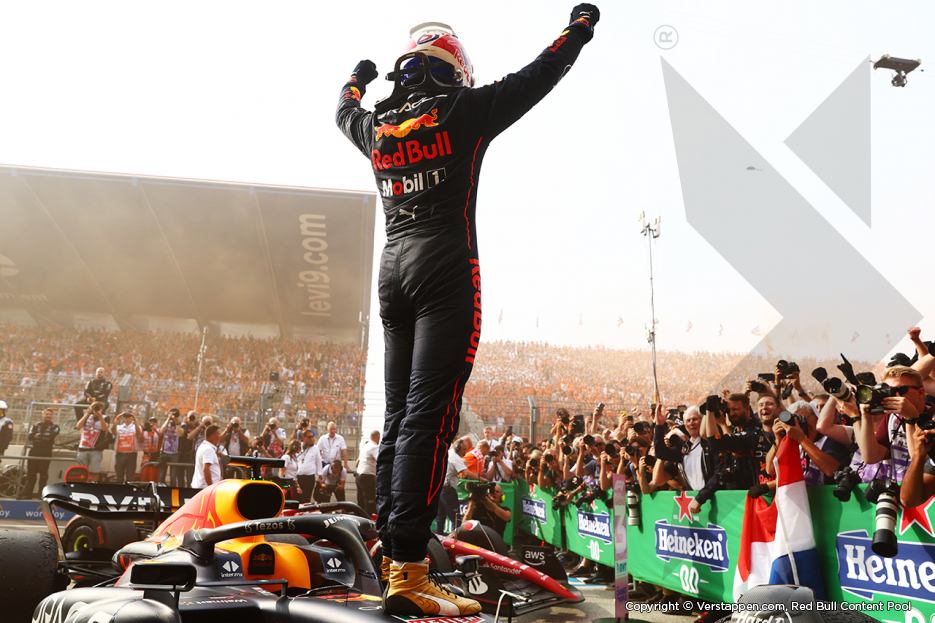 Max Verstappen won convincingly his home race in Zandvoort for the second year in a row. Ahead of the weekend it was uncertain if father Jos could make it to Zandvoort because of a COVID infection. Yesterday Jos tested negative, so he could attend the race and see his son drive to victory. What makes this win even more special is that this weekend Max wore a helmet with a design based on the helmet Jos wore in his Formula 1 career.

After the race Jos says: “I am of course very happy when a race ends like this. It was an exciting race. You know that when a car comes to a halt on the straight, a VSC or Safety Car follows. You always need to be ready with the right strategy. I think the team and Max did perfect today.”

Jos saw that Max was quick to take the lead after the restart. “You always need to pay attention, to be on it”, says Jos about Safety Car restarts. “We know we have a fast car on the straight. Max stayed close to Lewis who started relatively late. Max was immediately on it and made the overtake.”

Max is well ahead of his competitors in the championship, but Jos is not going to celebrate just yet: “We must take it race by race. Of course, he has a huge lead. But that can change quickly. We have to stay on it and keep pushing.”

According to Jos the excellent performance of Max is the result of years of teamwork between Red Bull Racing and Max: “Max is so full of confidence and talent. He has a great team behind him with great engineers. Working together for so long has made them so strong. He has a good car, he knows what he is doing and he is not taking as much risk as before. In the past he had to take risks as the car was not good enough. Now he competes for the championship, he is driving a bit different than a couple of years ago.”

Finally, Jos has nothing than praise for the Dutch Grand Prix: “I was in front of the television on Friday and Saturday, but it is insane to be here and taste the atmosphere. Seeing how many people came, it really is a people’s festival.”