Max in P2 after Friday in Monza: 'Long runs look quite good'

Published on 09 September 2022 by Kees-Jan Koster 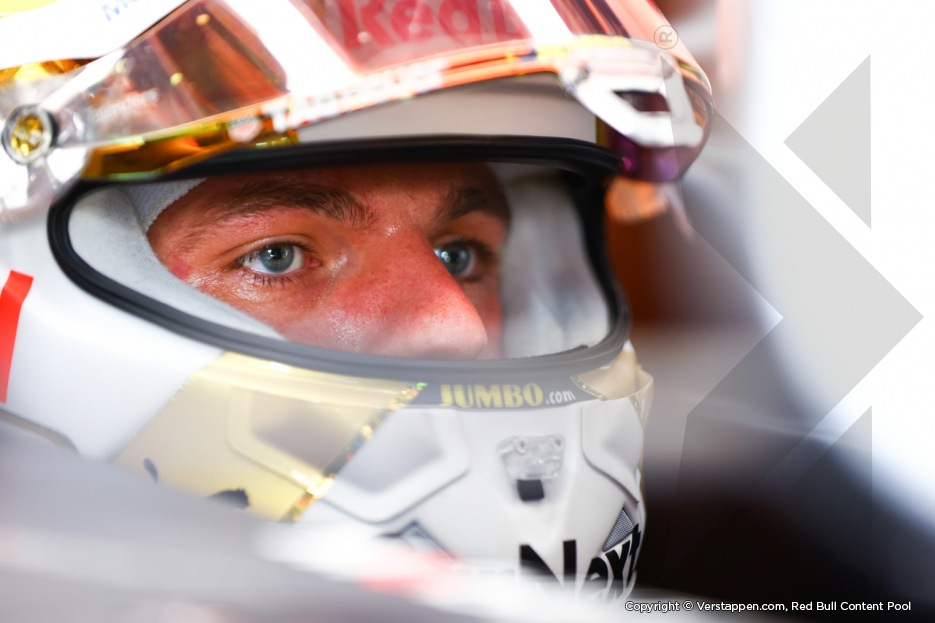 “The car is pretty good”, according to Max. “We are just trying a few things to understand if we can do things better. Some things worked, some did not.”

Two weeks ago, Max dominated the race in Spa and one week later he took his fourth victory in a row at Zandvoort. After all these victories the Dutchman sounds realistic, but also optimistic: “There is still a few things we can do better. But of course, Monza is not like Spa, but even if we are half as good, we have a good chance.”

The world champion finished FP2 in between the two Ferrari drivers. Sainz was almost one and a half tenths quicker. Still, he is not worried about the speed of the Ferrari: “They look good, but if you look at the long runs, we look good. And of course, that is most important for the race.” 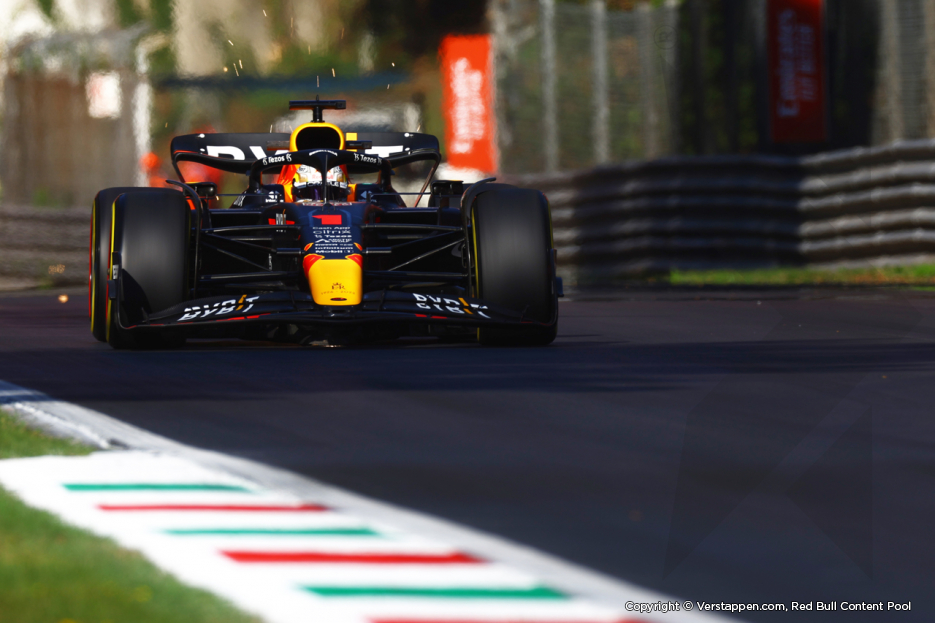 It is a nice summer day in the north of Italy with a temperature of 27 degrees and a track temperature of 37 degrees. Max comes out quickly for the second free practice session on the Temple of Speed. Like many of the other drivers, he also drives with a tribute on his car to the British queen Elizabeth II who died yesterday. Verstappen sets a 1:23.021 in his first flying lap, setting the fastest time on medium tyres. Leclerc goes faster setting a 1:22.307, also on yellow tyres. Not much later takes Max a couple of thousandths of that time to take again the lead.

After fifteen minutes most of the drivers return to their pit box, Verstappen as well. After about ten minutes most come back out on track, mostly on soft tyres. Max also comes back out on soft tyres. He goes through the chicane, but when he tries again, he sets a 1:21.807. As Max goes over the finish line, yellow flags are waved in sector two, and not much later a red flag. Mick Schumacher had to park his Haas because of technical issues. A setback for the German, as he has not made many meters at Monza today. In FP1 Antonio Giovinazzi was driving his Haas.

With 25 minutes to go the session is resumed. Sainz sets the fastest time, a 1:21.664. Teammate Leclerc also improves his time but stays in third position. With fifteen minutes to go the top five is formed by Sainz, Verstappen, Leclerc, Norris and Russell. In the final part of the session times are not improved as the teams focus on the long runs. Verstappen does well with lap times around 1:25.500, with Hamilton going more than a second slower. Max is also faster than the Ferraris.

The end of FP2 marks the end of the Friday for Formula 1 on the Temple of Speed, Verstappen ends in P2 between the two Ferraris.