Published on 10 September 2022 by Stefan Meens 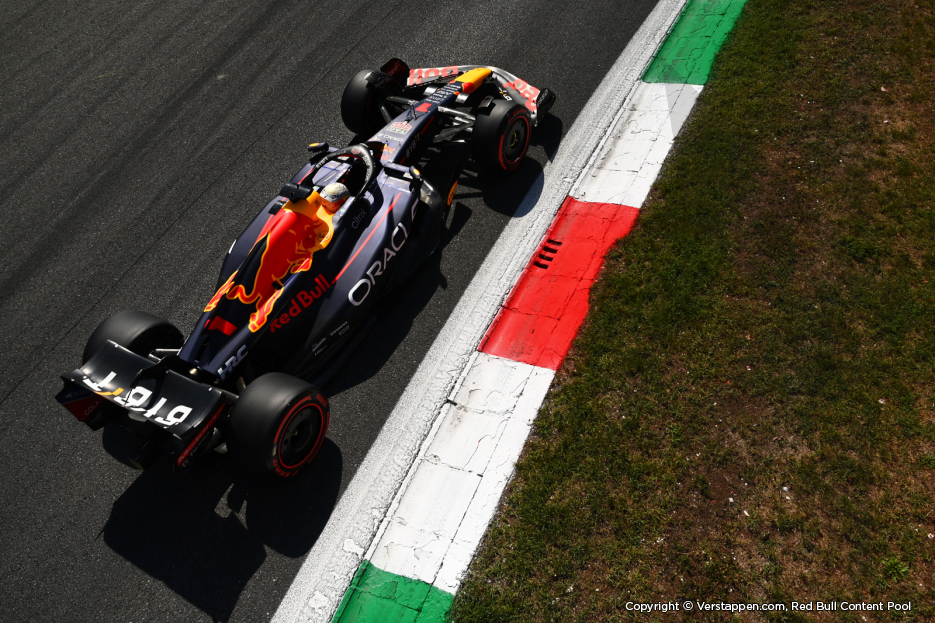 Max Verstappen set the pace during the third and final practice session of the Italian Grand Prix. The Dutchman was quickest from start to finish, ahead Ferrari’s Charles Leclerc and Oracle Red Bull Racing team mate Sergio Perez.

The biggest news of the day came from the Williams garage where Nyck de Vries will make his Grand Prix debut, replacing Alex Albon. The latter is ruled out of contesting the remainder of the weekend after suffering appendicitis.

The session gets underway in excellent conditions with slight overcast and a pleasant 25 degrees Celsius. Max heads out on the mediums to clock his first lap, but is hindered by George Russell’s Mercedes. On his subsequent timed lap, the Red Bull racer goes fastest. 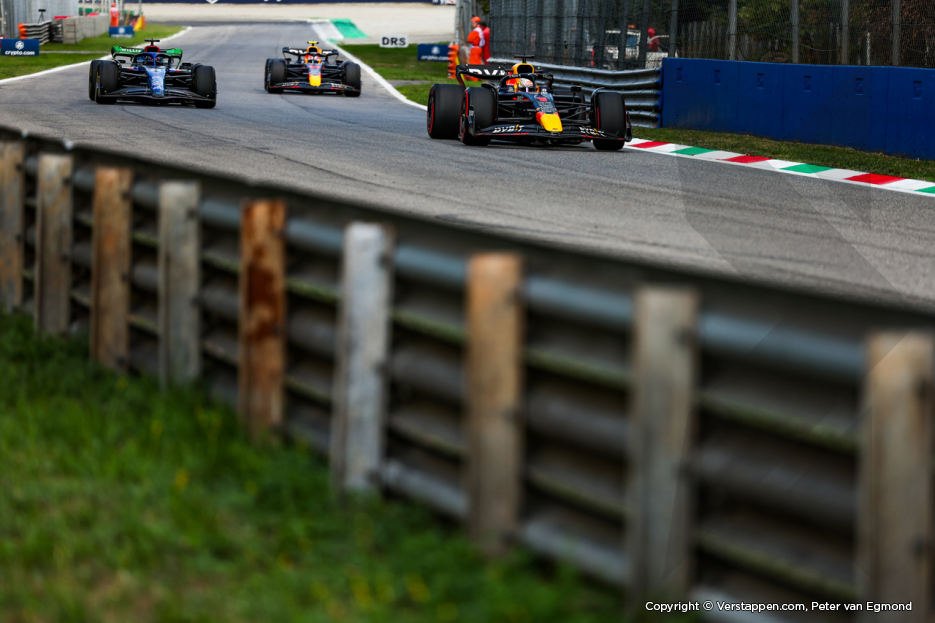 Meanwhile, Valtteri Bottas experiences as heart-stopping moment as the Alfa Romeo driver manages to narrowly avoid Carlos Sainz’ Ferrari in the high-speed run into turn 1. The latter is then called into the pits for apparent fuel pump issues.

At the halfway, De Vries ploughs through the gravel traps at Lesmo 1, but is able to continue without any damage to his Williams. After driving the Aston Martin in FP1, the Dutchman has get to grips with a completely different car in just an hour-long practice session.

Meanwhile, on the soft Pirellis, Sainz narrows the gap to Max to 0.025s, but moments later, the reigning champion clocks his fastest lap (1:21.252), after having switched to the red side-walled tyres. Leclerc and Perez also pip Sainz, resulting in the Red Bulls finishing FP3 in first and third. Rookie De Vries sets the fourteenth fastest lap, a tenth adrift of Williams team mate Nicolas Latifi.