Max second in qualifying Monza: 'It was close'

Published on 10 September 2022 by Kees-Jan Koster 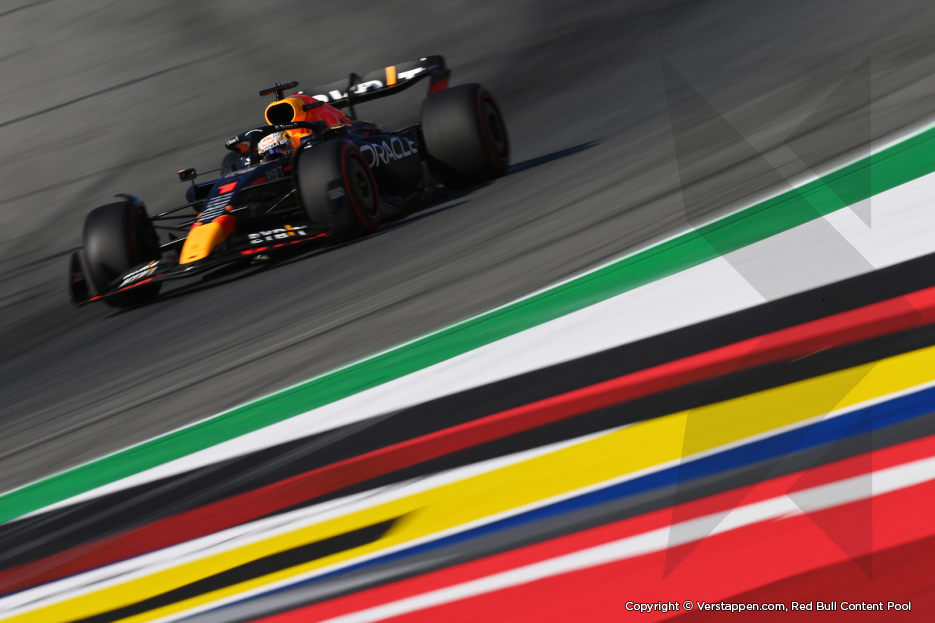 Max Verstappen finished second in qualifying for the Italian Grand Prix, but will start seventh due to a grid penalty. At the Tempel of Speed of Monza, the Ferrari was clearly faster than the Red Bull Racing RB18 in qualifying. But the ultimate final flying lap of Verstappen was only 0.145 seconds slower than polesitter Charles Leclerc. The Dutchman will start the race tomorrow from P7, due to a grid penalty for taking a new engine (ICE). George Russell and Lando Norris move up to P2 and P3, due to other grid penalties.

Max says after qualifying: “It was close. We chose to go for a little bit more downforce here, which is over one lap not the best, but for tomorrow it can be quite strong. All in all, it was still a good lap, I enjoyed the whole weekend so far and I think it will be an interesting battle tomorrow.”

Despite his seventh place on the grid Max sees some good opportunities for the race tomorrow: “The balance of the car for tomorrow looks good. Trying to stay out of trouble of course in the beginning and then work my way forwards. If we have more pace, we will overtake them anyway.”

Finally Max will have for the first time in his Formula 1 career a fellow countryman on the grid. Nyck de Vries makes his Formula 1 debut with Williams this weekend, he is replacing Alexander Albon due to an appendicitis. De Vries qualified in a neat thirteenth position but will move up the grid to P8 because of grid penalties of competitors. Verstappen is happy to see Nyck on the grid this weekend: “It was unexpected, but so nice for Nyck. This is a great weekend to drive for Williams, they are competitive here. I hope he will enjoy it, as it will be very special. Hopefully for Nyck, nothing crazy will happen in the first lap so he can drive a nice race.” 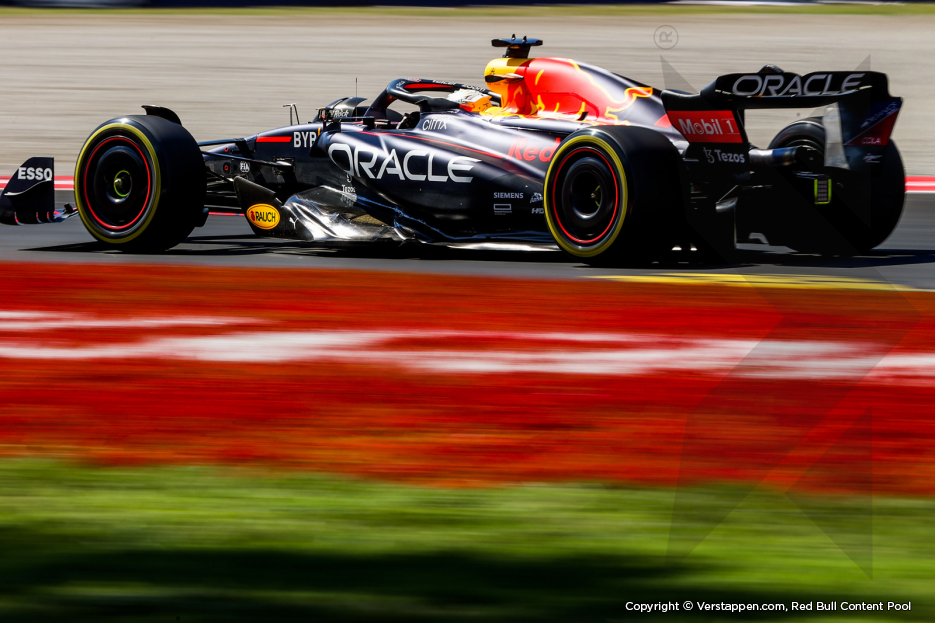 In the days ahead of qualifying on the high-speed Monza circuit, more and more grid penalties are announced for no less than nine drivers. Verstappen as well, he gets a five-place grid penalty for taking a new engine (ICE).

At the start of Q1 the Aston Martins are the first to come out on track. Verstappen follows a couple of minutes later. On soft tyres, Max sets a 1:22.023 in his first flying lap. Both Ferraris go much faster. After some cooldown laps, Verstappen goes again and sets a 1:20.992, putting him in the lead. Max returns to the pits after this lap and does not come out again in Q1.

At the back of the field, it is exciting to see who is going through to the second part of qualifying. Rookie Nyck de Vries is faster than teammate Nicholas Latifi and goes through to Q2 from P15. The dropouts after Q1 are Nicholas Latifi (P16), Sebastian Vettel (P17), Lance Stroll (P18) and both Haas drivers, Kevin Magnussen and Mick Schumacher in P19 and P20.

Max opens Q2 with the third fastest time, behind both Ferraris of Sainz and Leclerc. After this run, he decides not to come out again to improve his time. Max stays in P3, safely through to Q3. Nyck de Vries finishes his first qualifying in a neat thirteenth position. Due to grid penalties for drivers in front of him, the 27-year-old Dutch driver will start his first Grand Prix from P8. The dropouts after Q2 are Esteban Ocon (P11), Valtteri Bottas (P12), Zhou Guanyu (P14) and Yuki Tsunoda (P15).

In his first run in Q3 Max finishes again in third position behind both Ferraris. A second run follows for all drivers and Max settles himself between the two Ferraris in P2 with a time of 1:20.306. Charles Leclerc takes his eighth pole position of the season in front of the frantic Tifosi. Ferrari teammate Carlos Sainz finishes third, in front of Sergio Pérez and Lewis Hamilton. Both Sainz (P18) and Hamilton (P19) will start the race from the back of the grid, while Pérez will start from P13 due to grid penalties. George Russell finished in sixth position but will start the race from second on the grid. Lando Norris finishes seventh and will move up into P3. Daniel Ricciardo, Pierre Gasly and Fernando Alonso also move up the order.