Horner after qualifying at Monza: 'We have a stong race car'

Published on 10 September 2022 by Julien Lemmen 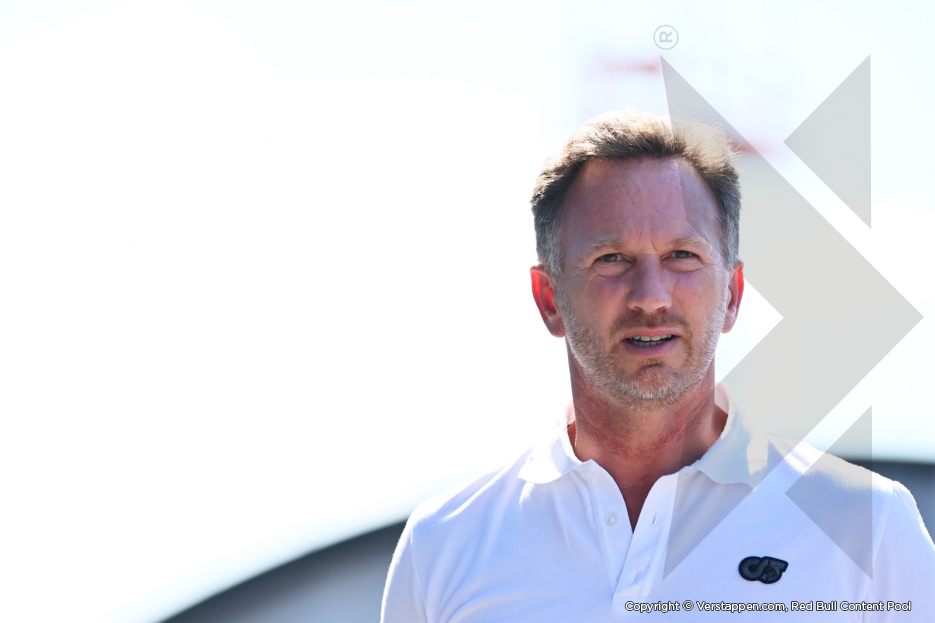 After two strong weekends at Spa and Zandvoort, the Oracle Red Bull Racing-team had to concede defeat to Ferrari in today's qualifying session at Monza's high speed circuit. Charles Leclerc took pole, with Max Verstappen behind him in P2. The Dutchman has to start the race from P7 though, due to a grid penalty. Sergio Perez qualified fourth, but will start the race from thirteenth place due to a grid penalty aswell.

Team principal Christian Horner reflects after qualifying: "We knew in qualifying Ferrari would be particularly strong and that proved to be the case. We had to compromise qualifying slightly to give the drivers a better race car tomorrow, so we’ll see if that trade pays off. I think it’s still tricky to overtake here, Spa for sure is the easiest to overtake, but theoretically we should be able to get into an overtaking position although it’s certainly not going to be straight forward. We’ve strategically taken the penalties at the best race we can considering where we are in the season as we didn’t want to do it at Singapore or Japan given the difficulty in overtaking. We have a strong race car though, so hopefully we can make some good progress tomorrow. A mixed up grid could mean a very exciting race tomorrow, we’ve taken two sets of new softs – so have Ferrari and it will be fascinating to see how that plays out."