Jos happy with P5 after opening night at Hellendoorn Rally

Published on 17 September 2022 by Stefan Meens 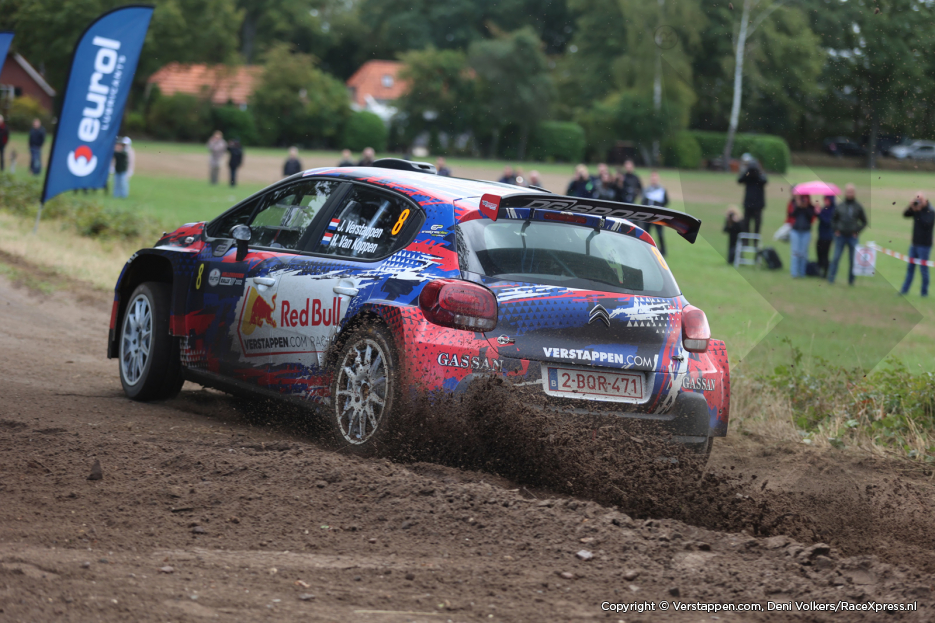 Jos Verstappen enjoyed a good start to the Hellendoorn Rally, after ending Friday evening in fifth place after the six opening stages. The Dutchman, joined by co-driver Harm van Koppen, contests the event for Verstappen.com Racing in a Citroen C3 Rally2, run by DG Sport Competition.

After a few events in Belgium, Jos finally made his debut on home soil in the Netherlands. “I’m here to gain as much experience as possible. Hellendoorn is one of the most beautiful and biggest rallies in the Netherlands, that’s why I’m here.”

This year is Jos’ first season in the sport, and one that has thrown some challenges. “The biggest one is the receiving and making of the notes. On Friday night it was dark and wet so you can’t really see where you’re going. You really have to be focussed and it’s quite difficult to process Harm’s notes. It’s a matter of experience in how to listen and process the notes.”

With P5 after the first evening, Jos is happy. “I’m content. We’ve gone through a lot as it was very slippery. I do think I have to do better, but I’m sure that will come in the future. It’s all about gaining experience.”

Jos added: “During the recognisance, the stages looked perfect, but then it rained. This year, there is a lot of cutting the inside of corners, which means it’s more muddy in the ninety degree turns. That’s extra challenging, on top of having to drive slicks on sand.”

“I’m really enjoying it though. We’ll definitely continue next year and we’re discussing the plans for next year with the team.”