Max in P2 in wet third free practice in Singapore 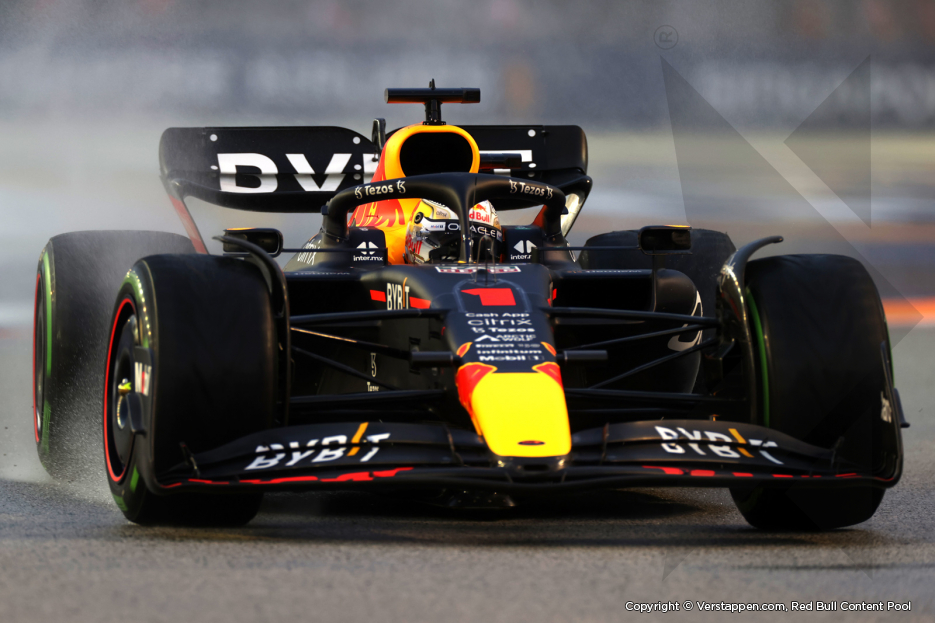 Max Verstappen finished the third free practice session for the Singapore Grand Prix in second position. On the 5,071-meter-long street circuit in Singapore was Charles Leclerc the fastest. Teammate Carlos Sainz set the third time. The Alpine of Fernando Alonso and the second Red Bull of Sergio Perez completed the top five.

Prior to the session it started to rain heavily, and it is still raining when the session was going to start. The third free practice session does start at the planned time, but the pitlane exit stays closed as the track is too wet.

It does not look like any cars come out on track in the foreseeable future. Five minutes after the start none of the drivers have made it into their cars. However, the teams have received an extra set of intermediate tyres, so they can drive more when the track gets cleared.

After about ten minutes the safety car comes out to explore the track. It has stopped raining and the sky is starting to clear. Marshals are trying to remove standing water from the track where possible. The relative high track temperature will also help for cars to come out as soon as possible.

After 22 minutes race control announces that it is expected for the track to be cleared halfway the session. Therefor drivers start to prepare to get into their cars. 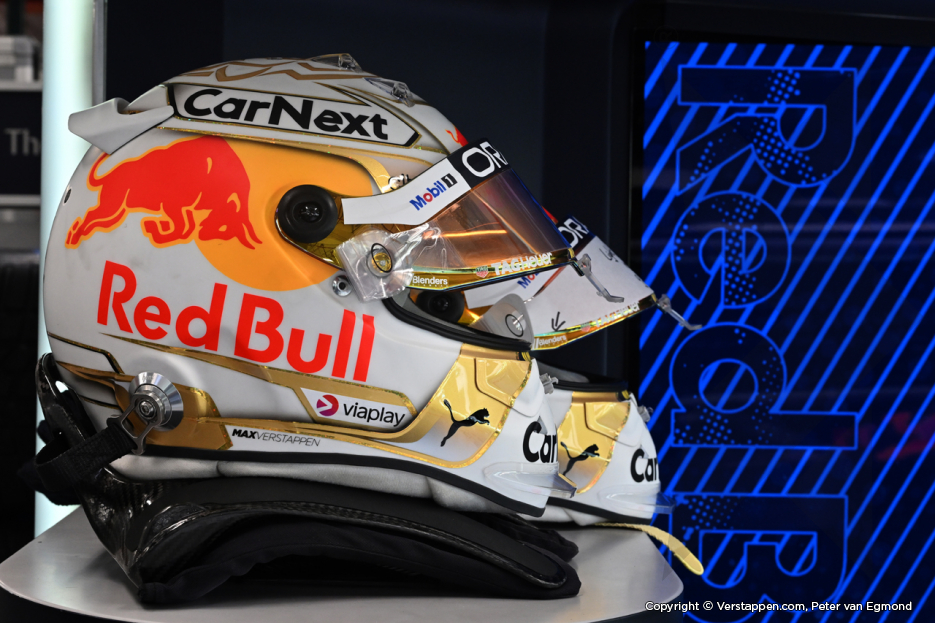 The first car to appear on track is the AlphaTauri of Pierre Gasly. He is on the blue full wet tyres. Not much later comes teammate Yuki Tsunoda out on track. Daniel Ricciardo, Lance Stroll, Guanyu Zhou and Sebastian Vettel follow the example of both AlphaTauris.

When Valtteri Bottas reports over the radio that intermediates likely will work better, we see Max come out on track. Verstappen is the first driver on intermediate tyres with only twenty minutes left on the clock. Gasly also changes to intermediates.

Max is in P1 after his first timed lap, almost two seconds faster than the Ferrari of Sainz, who set his time on the full wets. Gasly takes P1 from the world champion, but Max counters immediately and takes the lead again.

With the time ticking away Verstappen continues to improve his time. With ten minutes to go the Dutchman in in P1 with behind him the Ferrari of Sains and the AlphaTauri of Gasly.

Leclerc takes P1 in the final phase of the session, but not for long as the Dutchman counters and pushes the Ferrari into P2. The Monegasque and Verstappen continue to swap places, and eventually it is Leclerc who finishes the session as fastest.