Max fifth in Hungarian GP: "The pace was there" 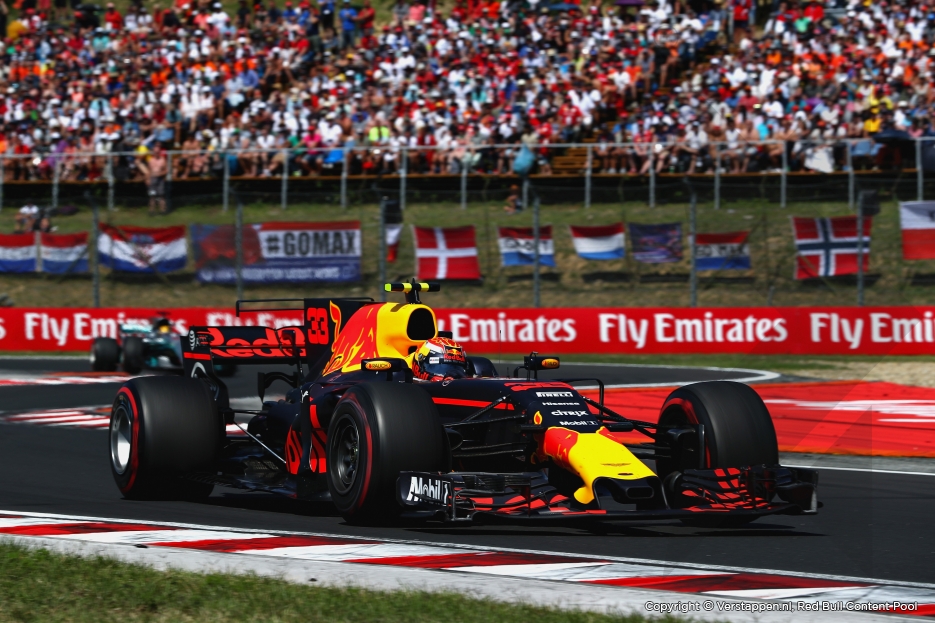 “The start was very good but it was a shame Kimi braked a bit early in the middle of turn one. It meant I had go wide a bit, after which Bottas forced me onto the artificial grass. When I braked into turn two, both Daniel and I went deep into the corner. Of course, I had a car in front of me so I locked up, after which I couldn’t do anything”, explained Max after the race.

“The last thing you want is to understeer into your team mate so I want to apologize to Daniel and the team. I’ll talk to Daniel to clear up the situation. We’ve always had a good relationship up until now and it really wasn’t my intention to drive into him. I also understand the 10 second penalty. I hit someone, which meant they didn’t finish the race.”

On a positive note, Max is happy with performance update the team brought along to the Hungaroring. “The pace and balance of the car was good, I’m very happy with that. I’m not sure if I could’ve secured a podium. If I hadn’t had those ten seconds we could’ve tried something different strategy wise as you can’t really overtake here. In the end, I managed fifth, maybe not in the way I would’ve liked, but the positive thing is the pace was there.” 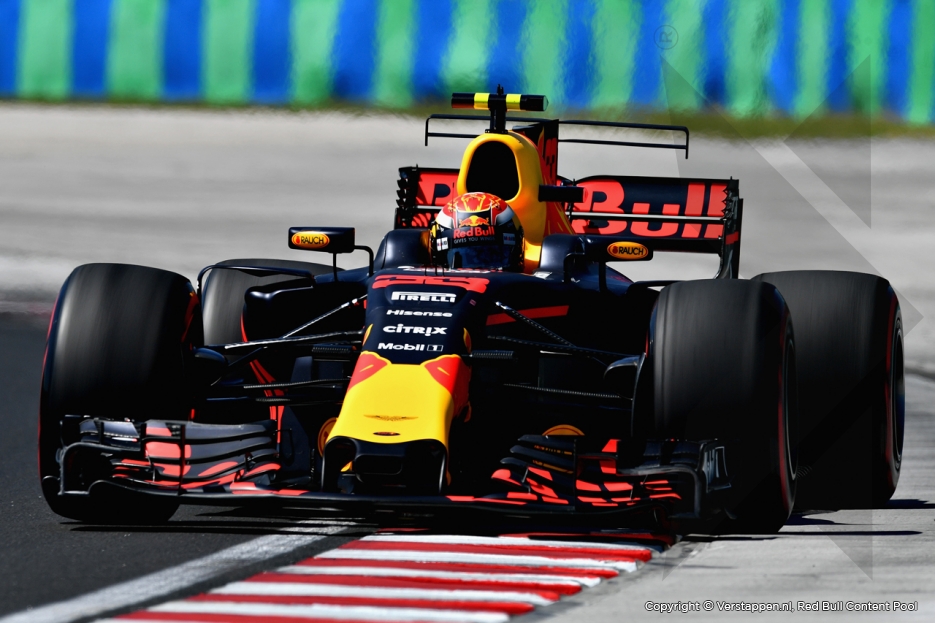 It is a hectic start to the Grand Prix. Max has the best start in the top six and tries to go on the outside of Valtteri Bottas into turn one to gain P3. Unfortunately for the Dutchman, he is forced out wide losing track position to both Bottas and Ricciardo. In the approach to turn two, Max guards the inside line but ultimately outbrakes himself into the corner, hitting Daniel Ricciardo’s RB13 in the side pod. Max is able to continue but the Australian’s radiator burst. The resulting spillage sends Ricciardo into a spin marking the end of his Hungarian Grand Prix.

The safety car is deployed in order to get rid of Ricciardo’s car. In lap six, the field is unleashed again. Max, running fourth, is right on Bottas’ gearbox at the restart. As the drivers turn into the final corner, Max loses a bit of grip, which releafs the pressure on Bottas, but also makes Lewis Hamilton close the gap to the Red Bull Racing ace.

The triple world champion tries to utilize the slip stream down the long start/finish straight but Max defends bravely to keep P4. However, the FIA decides to give Max a 10 second time penalty, effectively ending his chances to finish fourth.

In the next 25 laps, the top five - Vettel, Raikkonen, Bottas, Max and Hamilton - find their rhythm without any positional changes. In fact, due to the nature of the track, there are hardly changes of position throughout the field.

In lap 21, Romain Grosjean is the second driver to leave the race prematurely after his left rear wheel is not attached properly during the pit stop.

On the topic of pit stops, from lap 31 onwards, the top three make theirs, meaning Max inherits the race lead for the first time in 2017. The Dutchman leads until lap 42, when he makes his one and only stop. He slots back in fifth, behind Hamilton.

Max is clearly enjoying his new set of the Pirelli medium compound as he is starting to close the gap to Valtteri Bottas, who has made way for Hamilton to chase down the Ferraris. In the end, neither Hamilton or Verstappen can make up any places, with the Mercedes driver giving back his third place to Bottas. It means Ferrari take a 1-2 victory ahead of the two Mercedes and Max.

It was not an easy drive for Vettel. From the start of the race, the German experienced steering wheel issues, which meant he had to effectively nurse to car home for the majority of the race by trying to avoid any contact with the kerb stones.

On a positive side note, McLaren enjoyed a strong weekend. Fernando Alonso finished an excellent sixth, with team mate Stoffel Vandoorne claiming the final point, his first point of the season. 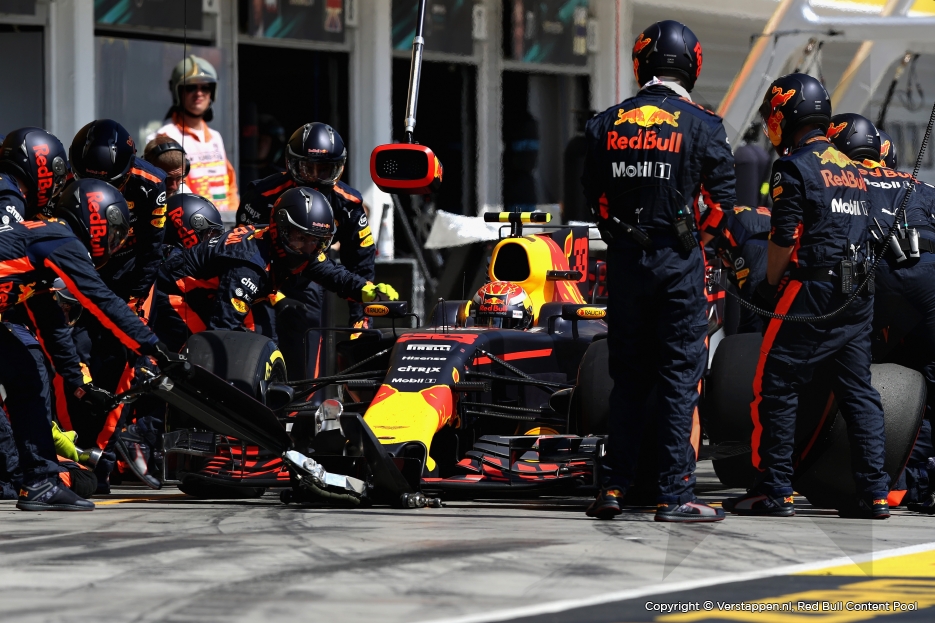