Max regarding Japan: “I never expected we would be so strong”

Published on 09 October 2017 by Mike Motilall 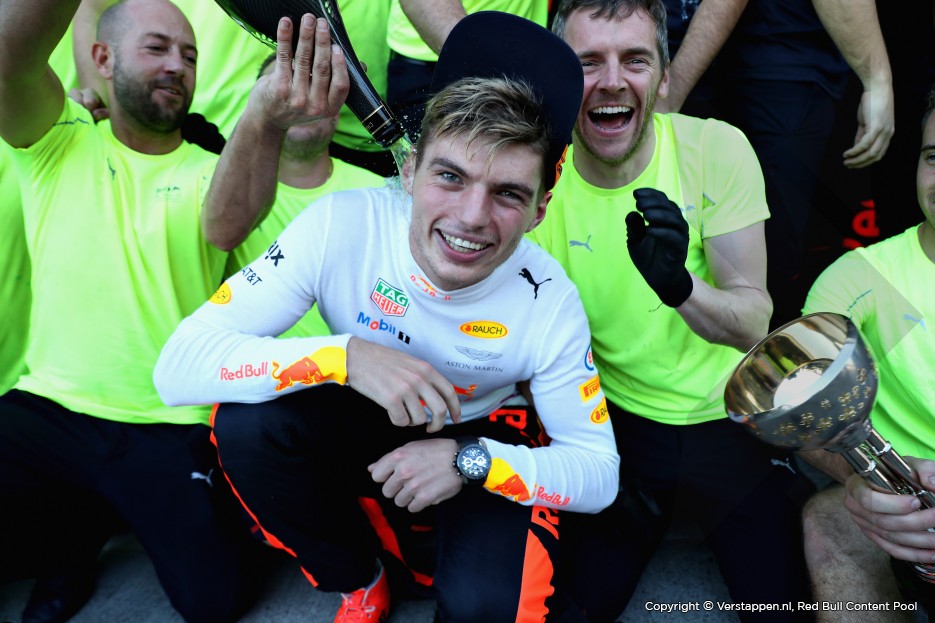 After a magnificent victory in Malaysia, Max was almost as strong in Japan as well, resulting in a second place finish. Starting from P4, Verstappen had a good start. After the first lap, the Dutchman was already in second, a position he would hold on to for the remainder of the race. In the closing stages he even got close to victory. In Ziggo’s Peptalk Max looks back at his recent success and confirms that there is a grid penalty pending for changing to a new power unit.

“It has been two good weekends”, Max starts off. “Of course Malaysia was the best, but also in Japan the race pace was very good. I never expected that we would be so strong.”

In the closing stages of the race, a win glored at the horizon. However, backmarkers were the reason that Max was not able to have a go at Lewis Hamilton. Even though Verstappen doesn’t see this as the reason he lost out. “In the end, I don’t think that that made a difference. It was just too difficult to overtake. I was close, but wasn’t really able to engage an attack.”

Regarding the tactical game Mercedes played, where Valtteri Bottas was blocking between Hamilton and Verstappen, he was very understanding: “It was very handy what they did. I would have blocked even more if I were him. I was of course close to Lewis. They wanted to be on the safe side, so they put Bottas in between. I can understand that.” 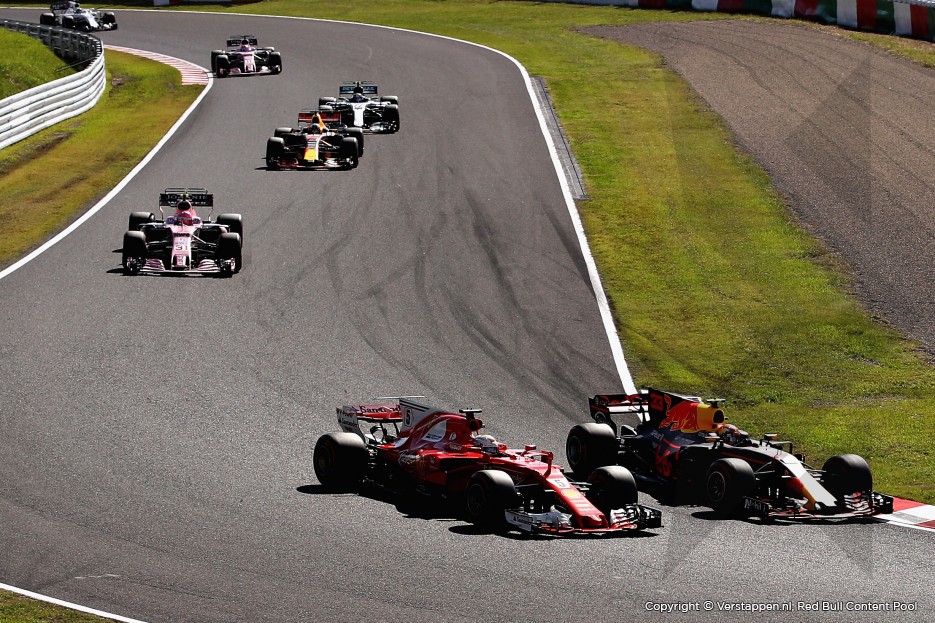 Despite the recent success, his bad luck this season so far is still gnawing: “The amount of points I lost, is not something you can just easily brush away. However, it is a very good thing that we have achieved two good results.”

Apart from the good results, there is also some bad news. Max confirms that there will be a grid penalty in one of the remaining races for changing the power unit: “In any case it will be for me. I would prefer to have the change in Mexico, but it’s up to the team where they want to take the penalty. I’ll wait and see.”

As we often see, Max and team mate Daniel Ricciardo always have laugh with one another during the race weekends, but off track they don’t see each other that much: “You have your own schedule outside of racing. I’m in the sim on Thursdays and he normally does that on the Mondays. After that he is off to America, London or wherever he needs to be, so the chance of us hanging out with each other is not so big.” 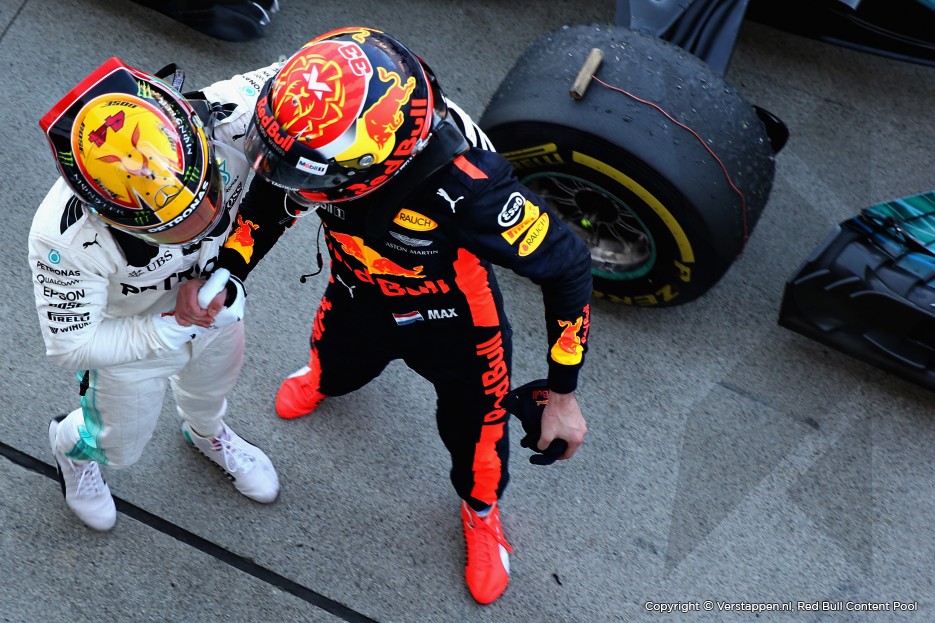 Apart from the magic between Daniel and Max, Lewis Hamilton also appears to have taken a liking to the Dutchman, albeit said that Max is somewhat doubtful of that: “Lewis is only happy when he wins. Not when he comes in second or third. So we are going to have to change that. I hope that I can be a bit more on the podium next to him and of course on the top step.”

After two back-to-back races, the drivers don’t have a Grand Prix this weekend. That doesn’t mean that Verstappen will be resting on his laurels: “Thursday I am back in the simulator. We are now going to prepare ourselves for the coming two races. Hopefully we’ll have some good results there. Before that I am off to spending some time with friends and family, which is of course always nice.”

Finally Max talks about his ritual prior to a race: juggling. “I think that I have been doing it for a year-and-a-half now, but now I need to have a go with four balls. It is good for your coordination and concentration. You try not to make any mistakes and you try keep it up for as long as possible. I think that it helps.”