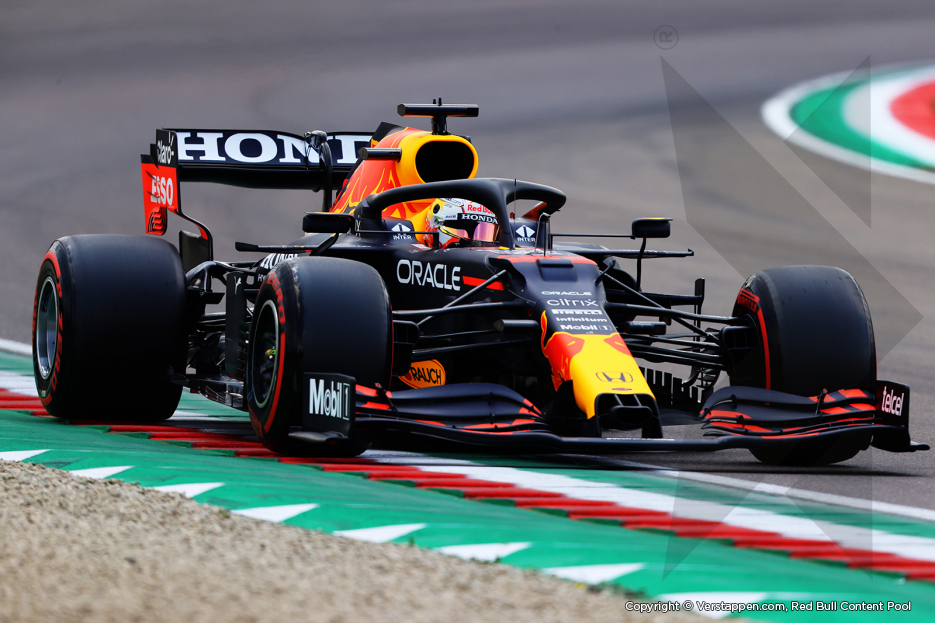 Max Verstappen qualified third for the Emilia-Romagna Grand Prix. The Dutchman came close to pole on the 4909-meter long Autodromo Enzo e Dino Ferrari, but because of a mistake in the first sector, pole went to Lewis Hamilton with a 1:14.411. Teammate Sergio Pérez took second place.

“It did not go well in Q3”, says Max after qualifying. “The car felt good, but during my last run I went wide in turn three. It was a bit messy. It just was not a good lap, but it cannot be good every time. We will see what went wrong, it was not easy, but still P3 which is a good start position. We were very close and that is positive.”

Where three weeks ago Max had to take on two Mercedes, now Lewis Hamilton finds himself against two Red Bulls. Valtteri Bottas had a bad qualifying and did not get any further than eighth place. “It will be interesting”, says Verstappen. “Sergio and I are on different compounds, let’s see how that will work out. We will try to make it difficult for Mercedes.” 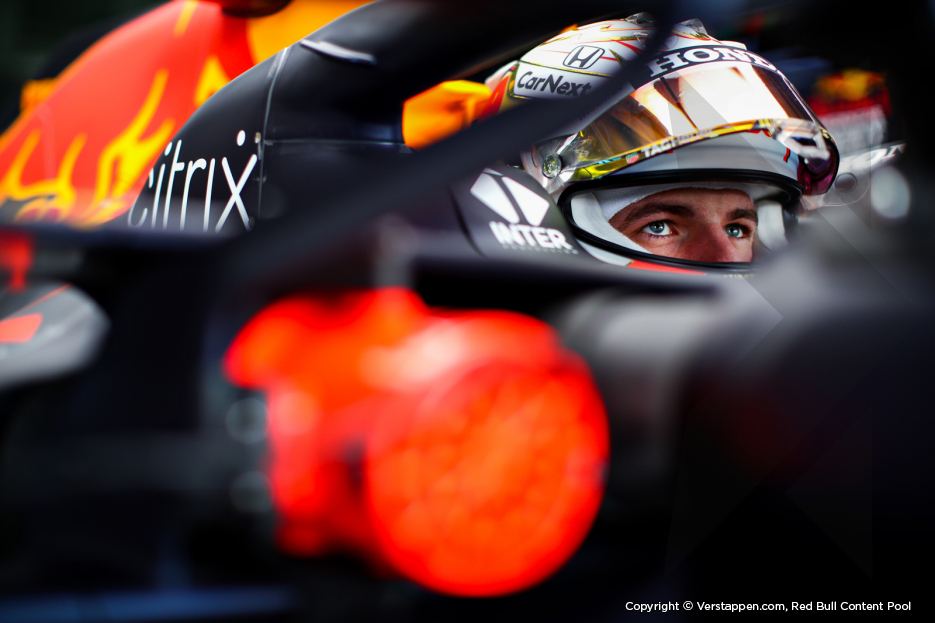 It is 14:00 when the first of three qualifying sessions starts. The Haas drivers come out straight away and are the first to set a time. Soon the other drivers come out on track, including Max Verstappen. The Red Bull Racing driver just left the pitlane when there is a heavily damaged AlphaTauri next to the track: Yuki Tsunoda lost control over his car in the chicane at turn fourteen and fifteen and went backwards into the barrier. Race control decides to stop the session to remove the car and debris.

After a short delay, the session is continued. Max sets a 1:15.109 on his first and only run on the soft tyre, which is at the moment good for first position. The Dutchman falls back into fourth position when both Mercedes drivers and Lando Norris set quicker times. At the end of the first qualifying session Kimi Räikkönen, Antonio Giovinazzi, Mick Schumacher and Nikita Mazepin together with Yuki Tsunoda drop out.

At the start of Q2 most of the drivers are on medium tyres. Verstappen, also on this compound, sets a 1:14.884 in his first timed lap and finds himself between the two Mercedes. Teammate Sergio Pérez is in fourth position on softs. After the first runs Lando Norris leads with a 1:14.718, set on softs. Charles Leclerc on the same tyre takes fourth position from Valtteri Bottas. 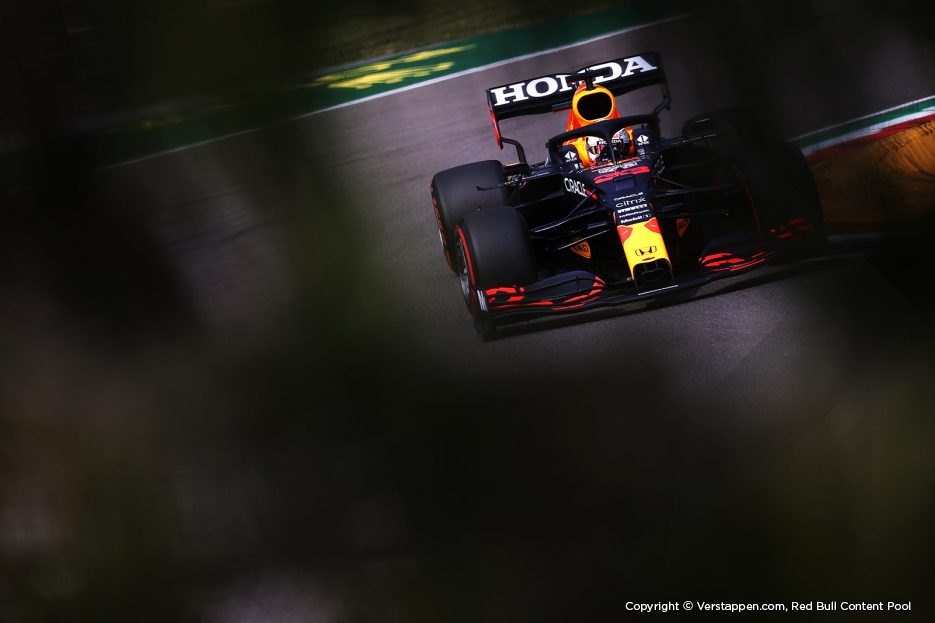 In the last minutes of Q2 Max comes out again on soft tyres, but this was just a precaution as a quicker time was not needed, and Verstappen continues to Q3 in fifth position. He will start the race tomorrow on the medium tyres as will both Mercedes. Teammate Sergio Pérez finishes the session as quickest on soft tyres. Carlos Sainz, George Russell, Sebastian Vettel, Nicholas Latifi and Fernando Alonso drop out of Q2.

Lance Stroll for Aston Martin comes out first in Q3, but his lap is deleted because of exceeding track limits. Max Verstappen is in second position after his first run in the RB16B, two tenths behind Lewis Hamilton with a 1:14.411 who takes provisional pole. Sergio Pérez, Lando Norris, Charles Leclerc and Valtteri Bottas complete the top six.

Then the drivers ready themselves for their second and final flying lap. Lewis Hamilton cannot improve his time, but Max makes a mistake when exiting turn three losing some time. In the end he only comes less than a tenth short, and Hamilton takes pole. It looks like Lando Norris is taking second position, but he also exceeded track limits and his lap is deleted. P2 goes to Sergio Pérez, half a tenth ahead of Max. Charles Leclerc, Pierre Gasly and Daniel Ricciardo complete the top six.