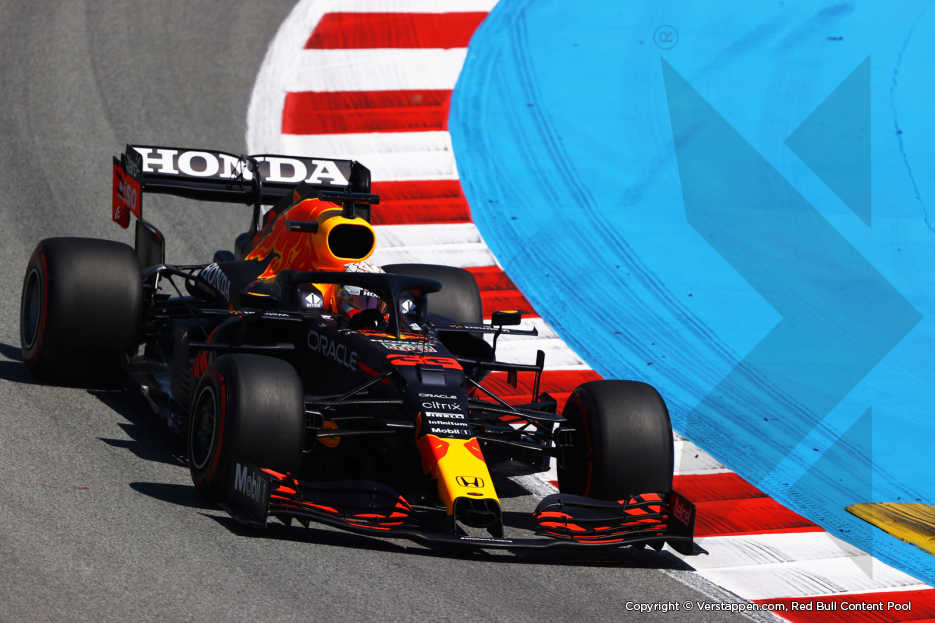 Max Verstappen qualified on the front row of the grid for the Spanish Grand Prix. On the Circuit de Barcelona-Catalunya the Dutchman only came four hundredths of a second short to keep Lewis Hamilton from taking his one hundredth pole position in his Formula 1 career. Valtteri Bottas finished third, with behind him Charles Leclerc completing the second row on the grid. Max’ teammate Sergio Pérez only finished in eighth position.

“Both laps in Q3 were pretty decent”, says Verstappen after qualifying. “The second run was a bit worse, maybe because of the wind. Second position on this circuit is very good. We know Mercedes is hard to beat here, but I am happy we are close to them.”

The out-laps prior to the quick laps were remarkably slow. Max explains: “We had to go so slow to make sure the tyres would survive the last sector. Everyone was doing more or less the same thing, but it is nice to drive around here. It is a great circuit with lots of fast corners. It is amazing, especially in qualifying on low fuel.”

Tyre management will be key tomorrow: “With all those fast corners and tyres that quickly overheat it is very important. We have to make sure we are on top of that tomorrow”, according to the Red Bull Racing driver. Looking ahead to the race, he says: “It is a long way to the first corner, we need to make sure to have a good start. It seems we have a good pace, so I hope we have a good race as well.” 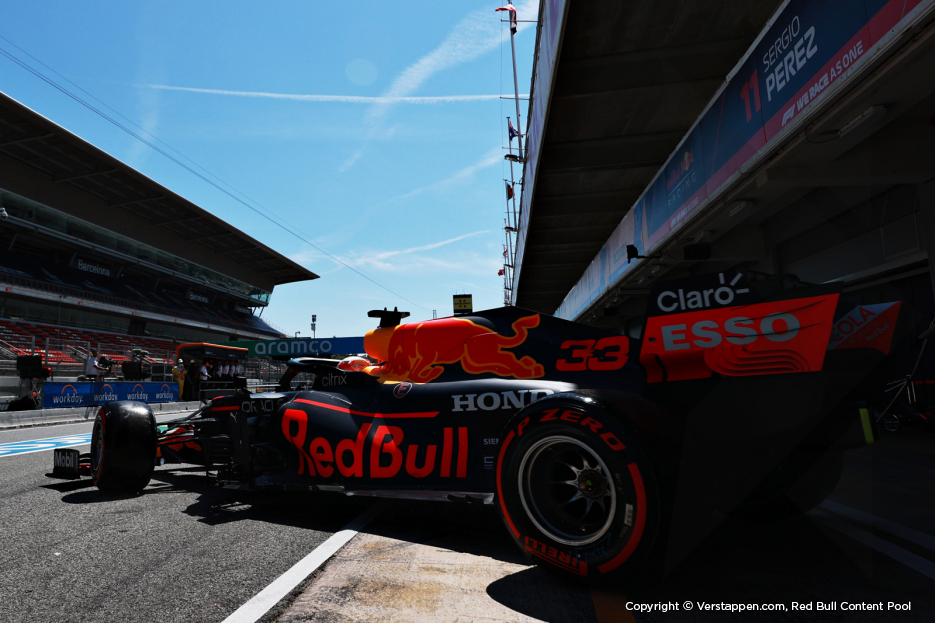 Prior to qualifying it is announced that the start is postponed by ten minutes because of work on the tyre barriers in turn nine. When we get underway, the drivers of Williams and Haas are the first to enter the track. Max Verstappen leaves the pitlane after three minutes. On a set of soft tyres, the Dutchman sets a 1:18.090 (P2). Valtteri Bottas sets the fastest time, a 1:18.005 on the medium tyres. Remarkable is that both Mercedes are on the yellow medium tyres.

Max leaves it at one timed lap in Q1 and goes through to the second qualifying session in fourth position, after Charlec Leclerc and Lando Norris go faster than the Red Bull Racing driver, in the final phase of the session. Yuki Tsunoda, Kimi Räikkönen, Mick Schumacher, Nicholas Latifi and Nikita Mazepin for the first group to drop out.

Max leads the timing list after the first run in Q2 with a 1:16.922. Valtteri Bottas is half a second behind in second position. Teammate Lewis Hamilton (P3) is seven tenths slower than the Dutchman. Lando Norris, Carlos Sainz and Charles Leclerc form the rest of the top six.

Again, Verstappen stays in the pit box for the rest of the session. Besides him and George Russell, everyone else comes out again in an attempt to get in the top ten. Lance Stroll, Pierre Gasly, Sebastian Vettel, Antonio Giovinazzi and George Russell fail to go through to Q3. Both Mercedes improve their times, but Max stays ahead with a margin of two tenths in P1. 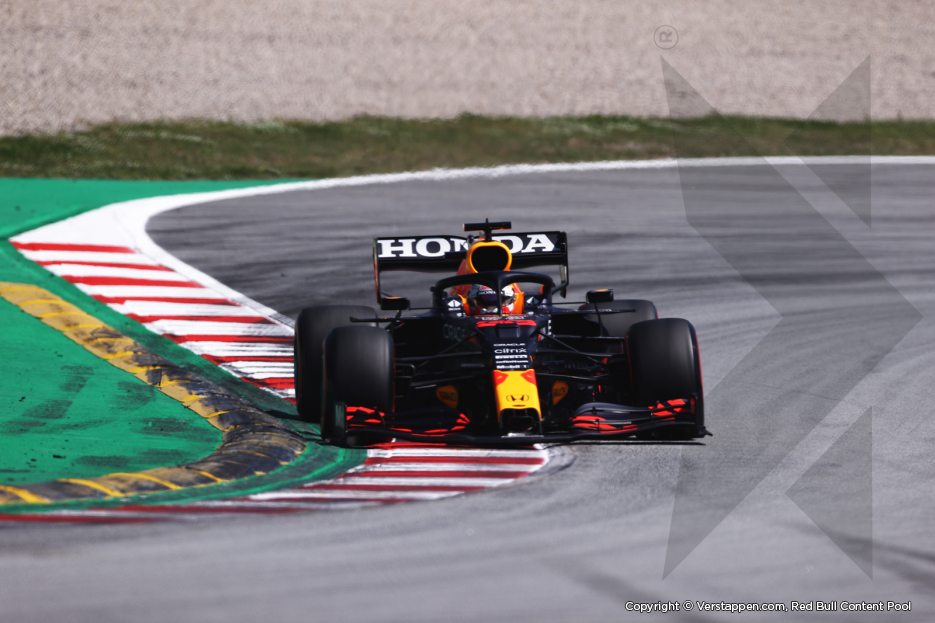 Then it is time for the twelve-minute battle for pole position. Max sets a 1:16.777 in his first run, putting him in second position. Lewis Hamilton is only half a tenth faster than the Dutchman. Valtteri Bottas is in P3 with a 1:16.873. Sergio Pérez spin in turn thirteen when touching the gravel and is without a time after the first runs.

In the last runs none of the three in front can improve their times, so that Lewis Hamilton takes his one hundredth pole position in his Formula 1 career. Valtteri Bottas, Charles Leclerc, Esteban Ocon and Carlos Sainz complete the top six. Sergio Pérez finally sets a time, but with a 1:17.701 he ends in a disappointing eighth position