Published on 11 September 2021 by Kees-Jan Koster 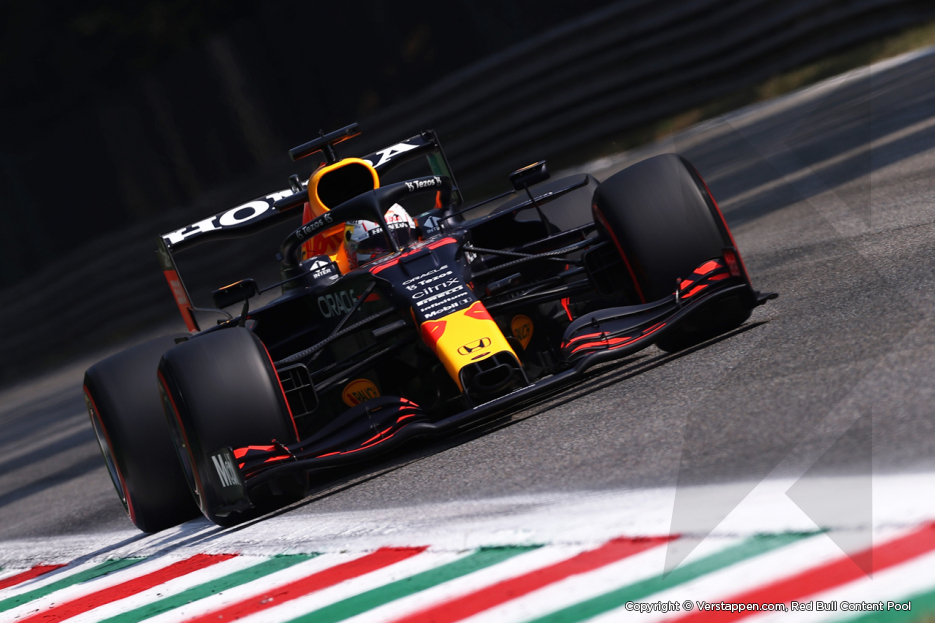 Max Verstappen finished the second free practice session for the Italian Grand Prix in third position. The Dutchman did 23 laps on the 5.793 kilometre long Autodrome Nazionale Monza and set a 1:23.754 as his fastest time. Lewis Hamilton for Mercedes was fastest. Valtteri Bottas completed the top three of the by long runs characterised session.

Under an almost completely blue sky the second free practice session – which after the already completed qualifying is mainly characterised by long runs – gets underway. Nicholas Latifi, Sebastian Vettel and both Haas drivers are the first to leave the pits. Max Verstappen comes out on track after fifteen minutes. The Red Bull Racing driver starts his run on the softs and opens with a 1:24.006. Not much later he improves this time with almost three tenths.

Verstappen, like the other drivers, is steadily putting in laps, until it goes wrong for Carlos Sainz in Variante Ascari. The Spaniard loses control of his Ferrari and crashes hard into the tyre barriers. Sainz gets out of the car unharmed, a bit overwhelmed by the hit. With a little over thirty minutes to go the session is stopped. Verstappen has done ten laps up till then. 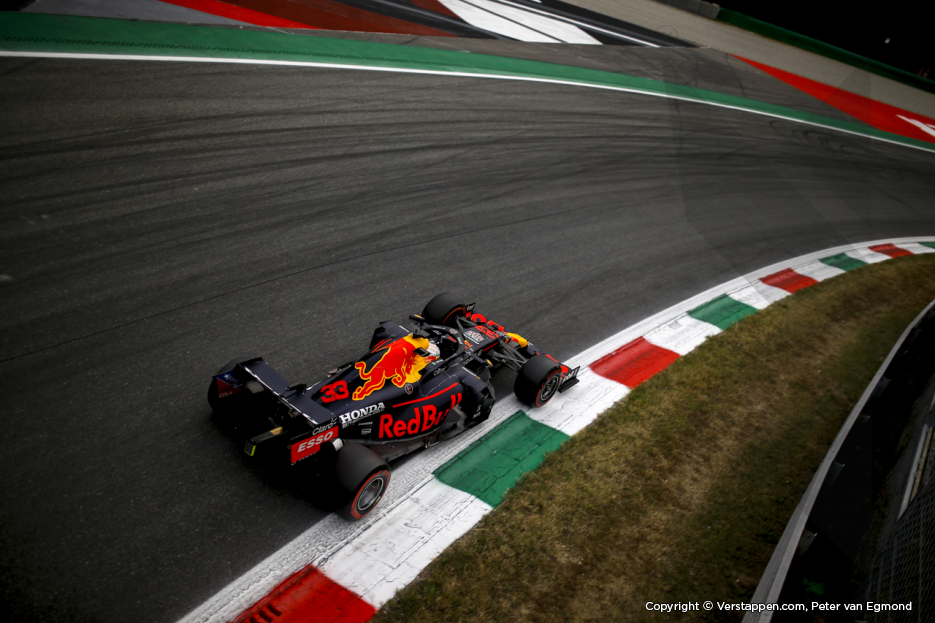 Ten minutes later the track is cleared and the teams continue their activities. This time Max comes out on medium tyres. Completing six laps on those, before coming in for a practice start. The Dutchman completes the session on the same set of tyres with a total of 23 laps. Lewis Hamilton is with a 1:23.246 the fastest, followed by Valtteri Bottas in second position. Sergio Pérez, Esteban Ocon and Robert Kubica complete the top six.