Horner after Max' victory in Austin: 'He managed the race superbly'

Published on 25 October 2021 by Niels Hendrix 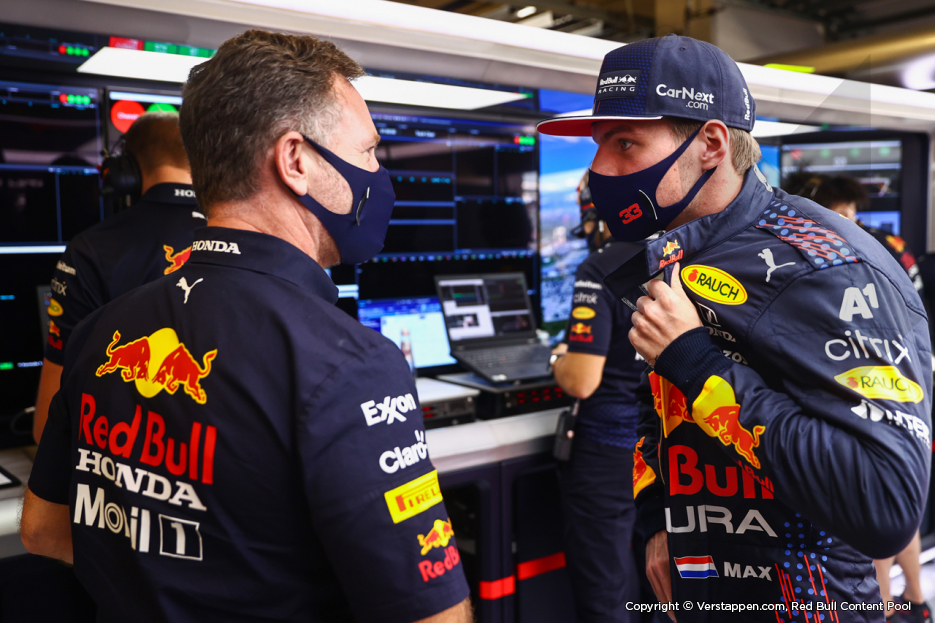 Christian Horner, team principal of Red Bull Racing, says after the US Grand Prix at Austin: “What an incredible victory and double podium for the team! It’s our first US GP win since 2013 and what a way to do it. At the beginning of the race we had really good pace on the mediums and Max was able to put pressure on Lewis, but we know that he is so strong at the end of the race and he went long which bought himself an advantage. So we went for track position and Max held on and managed the race superbly, especially his last stint on the hard tyre to have enough left to keep his lead at the end. It’s five to go now, and we know that there are a couple of races where Mercedes will have the edge and a couple where we will be strong, so the rest of the season is going to be really tight.”