Horner after victory in Mexico: 'It was a big team win'

Published on 08 November 2021 by Julien Lemmen 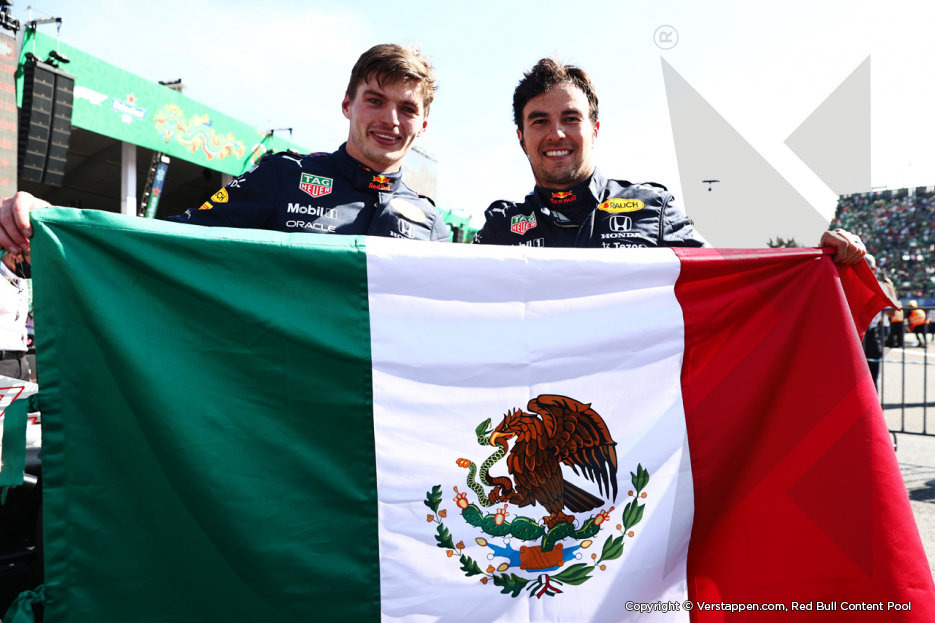 Red Bull Racing can breathe a sigh of relief after the Mexican Grand Prix. Despite a disappointing qualifying session that saw Max Verstappen and Sergio Perez finish third and fourth respectively, the race went perfectly, with Max taking his ninth win of the season. Perez finished third in front of his ecstatic home crowd.

Team principal Christian Horner reflects after the race: “Today was a big race and a big team win. It was a flawless performance from the entire team, from drivers to pitstops to strategy to reliability, it was a really strong team performance. Max was phenomenal again today, he found some space at turn one, and I have to say Valtteri Bottas was very fair and allowed him enough space, and Max made the most of it and was then able to control the race. It’s the first time Honda have had a driver win nine races in a year, as Max was tied with Ayrton Senna on eight, so that’s a great achievement for him and Honda."

Horner continues: “What a weekend it has been for Checo, the first Mexican to lead the home Grand Prix and first to finish on the podium, his third in as many races, is really special. He’s found his confidence in the car and his performances are getting stronger and stronger, it’s exactly what we were hoping for from him. Next up is Brazil where it’s a sprint race and we still haven’t won a sprint race weekend yet. We saw how competitive Mercedes were this weekend, particularly in qualifying, so we are taking nothing for granted. There are still 107 points available, it’s a long way to go and there’s a lot of racing left.”