Horner after qualifying in Jeddah: 'Anything could happen in the race'

Published on 04 December 2021 by Julien Lemmen 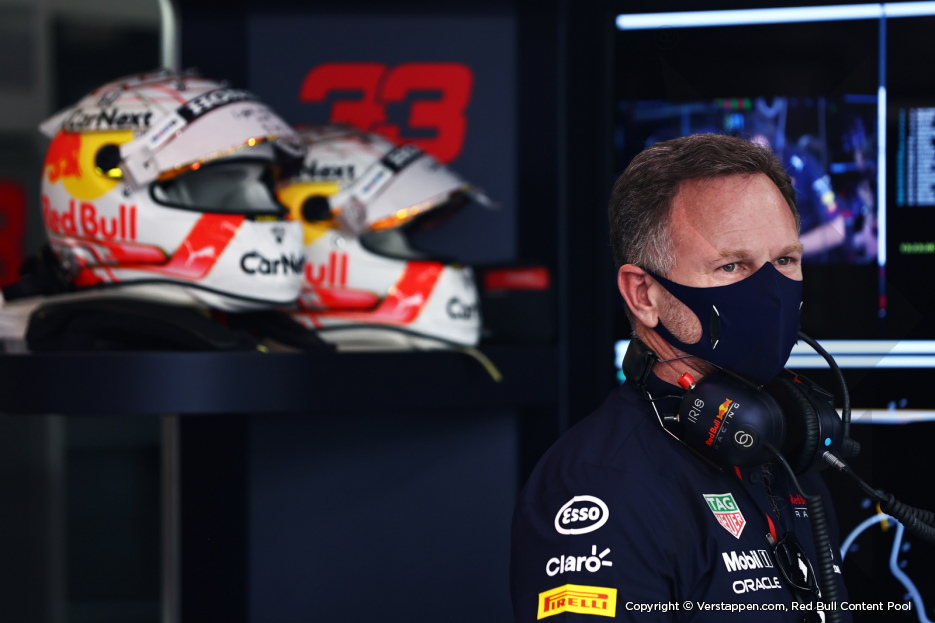 Max Verstappen was on his way to pole position for the Saudi Arabian Grand Prix, but it all went wrong in the last corner of qualifying. Max locked a wheel and he hit the wall. He eventually qualified in third place.

Red Bull Racing team principal Christian Horner reflects after qualifying: “It was looking like the lap of the year up until that moment. It’s a great shame as it was a mighty, mighty lap and he was pulling something very special out of the bag. Max will be frustrated I am sure as he knows what a good lap it was, but he just needs to put it behind him now. He’s still P3 on the grid and he just needs to have a good start, as anything could happen in this race. Unfortunately, we are on the back foot now, so we’ll get the car back and hope the damage isn’t too bad. Grid position on any street circuit is crucial and it’s going to be very hard to overtake here, so it’s all going to be about strategy and Checo could have a major part to play in the race.”