Christian Horner praises Max who 'fought like a gladiator' 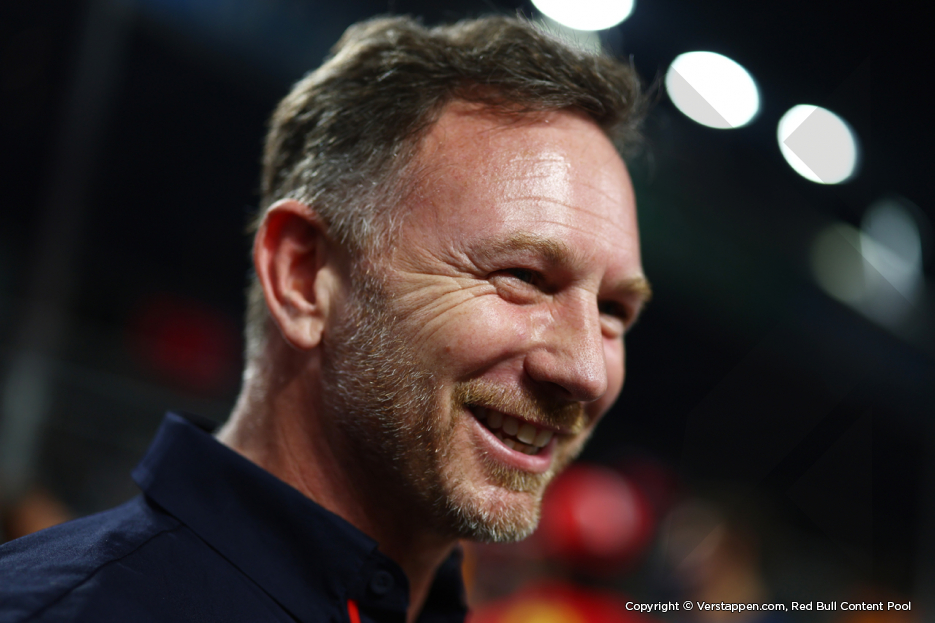 Christian Horner, Team Principal of Red Bull Racing, reflects after today’s Saudi Arabian Grand Prix: “There was obviously an awful lot of damage and debris for Race Control to deal with because of all the incidents, so it was a frustrating race in that respect and we were probably lucky to come away with second, especially given the amount of damage we had to the back of our car.”

“I don’t know what Lewis was doing because Max was trying to give the place up as instructed by Race Control, he lifted and you can hear that, it was clear we were trying to give the place up and we’d informed Race Control.  I don’t know if Lewis didn’t want to pass before the DRS zone, but it was very strange to have him drive straight up the back of Max.”

“We got a five second time penalty, I thought it was on the harsh side, they both went wide and were racing. Max has fought like a gladiator this weekend and given it everything. It was frustrating to drop points in the constructors’ championship with Checo being taken out at the restart, so we now have one chance.”

“We have a week to regroup and now it goes down to the wire at Abu Dhabi. It’s a straight-out fight as it has been for the entire year. For the fans it is fantastic, it keeps the championship dream alive and we have one shot and it’s time to take it.”