Published on 01 January 2022 by Kees-Jan Koster 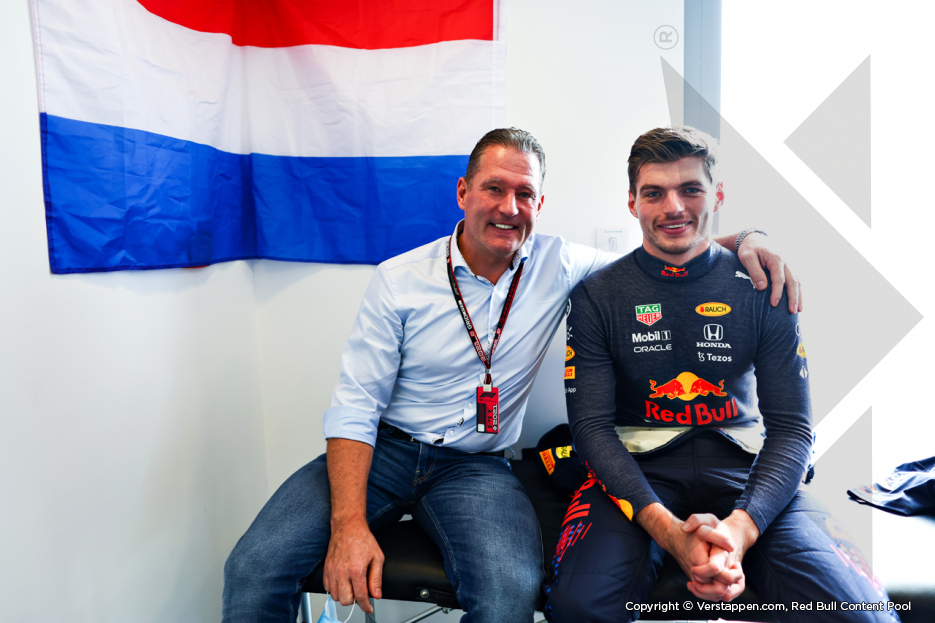 Almost three weeks ago in Abu Dhabi, Max Verstappen, driving for Red Bull Racing Honda, became Formula 1 world champion. The Dutchman came out on top after a thrilling championship that was even nail biting till the very last lap. He outdid seven-time world champion Lewis Hamilton and became the first ever Dutch Formula 1-world champion. At the beginning of this success was father Jos Verstappen. Being hard as nails and effective to the bone, he delivered his son, ready and willing, in Formula 1. And with that, the world championship of Max also became a bit of Jos’ world championship. Verstappen.com looks back: today part 2.

Part 1 can be found here. 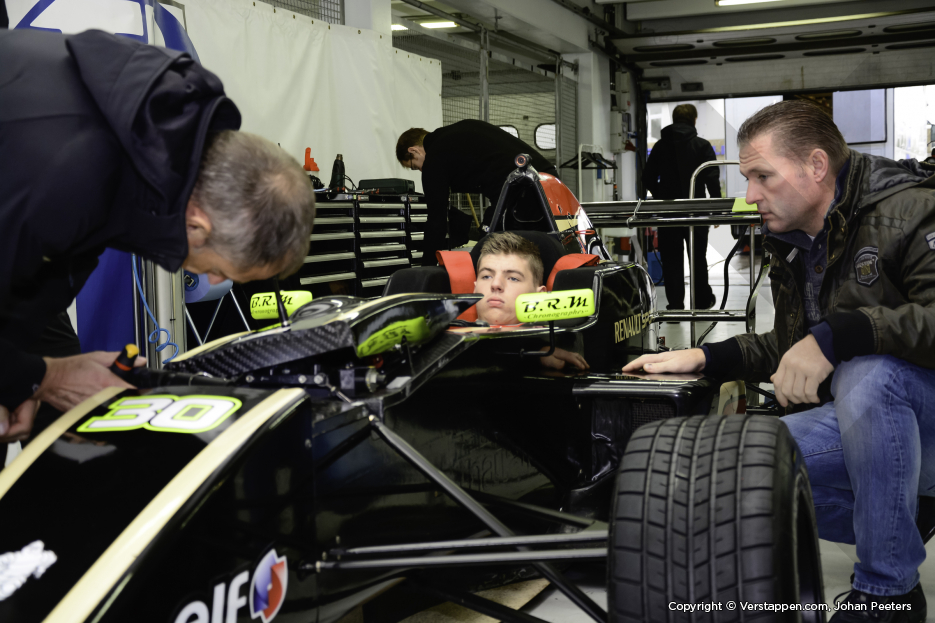 The following winter some decisions must be made: what will Max drive in his first year in motorsport? First a year Formula Renault 2.0 or straight to Formula 3? First the German Formula 3 or straight away the European FIA Formula 3? And for which team?

Meanwhile Max is driving his first motorsport races in the Florida Winter Series. This race series is sponsored by the Ferrari Driver Academy to give young talents the chance to get experience in a race car. Max wins two races.

In the end the decision is made to skip Formula Renault 2.0 and go straight into the European FIA Formula 3. In the beginning of March, it is announced that Max in 2014 will drive for Van Amersfoort Racing in the FIA Formula 3 European Championship. As debutant in the motorsport, Max follows in his father’s footsteps, who acquired fame when driving for Van Amersfoort Racing in 1992 and winning the Formula Opel Lotus Benelux championship. 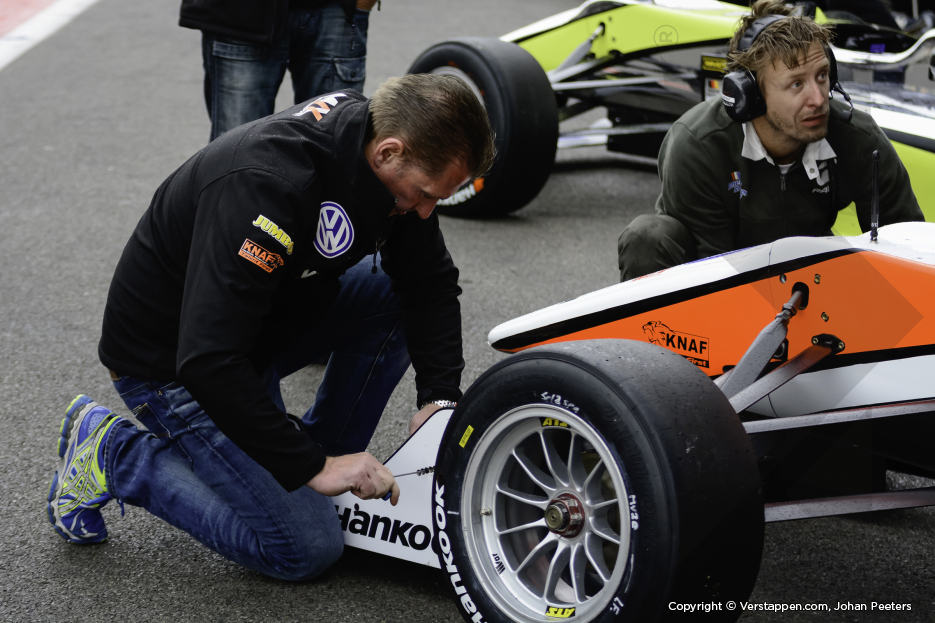 Despite competing against Mercedes powered works teams with a Volkswagen-engine, Max scores his first podium by finishing second in his third race of the first round on Silverstone. In the next round on Hockenheim wins Max his first Formula 3 race in the competitive European field. In Pau he suffers two DNFs and on the Hungaroring the result is not so good.

But then Max puts all his valuable lessons into practice and puts high stakes with hattricks on the illustrious Spa-Francorchamps circuit and the rained out Norisring. In Moscow he finishes twice on the podium (third and second) and after finishing just off the podium on the Red Bull Ring in Austria, Max wins his first race on the Nürburgring. Both in Imola and in the last round in Hockenheim is Max victorious, achieving ten victories, the most in the whole F3 field. With 411 points Verstappen finishes third in the European Formula 3 championship of 2014.

Furthermore, Max equals his father by winning the Zandvoort Masters. And history repeats itself: Max’ achievements in his first year in motorsport do not go unnoticed. Multiple Formula 1 teams are interested to add the youngster to their young talent programmes. Eventually Max joins the famed Red Bull Junior Team in August.

A week later, on 18 August 2014, Max is officially announced as Formula 1 driver for Scuderia Toro Rosso. But before he can make his race debut in 2015, Max drives 148 laps, more than 300 kilometres, on the Adria International Raceway in Italy to acquire his super licence. 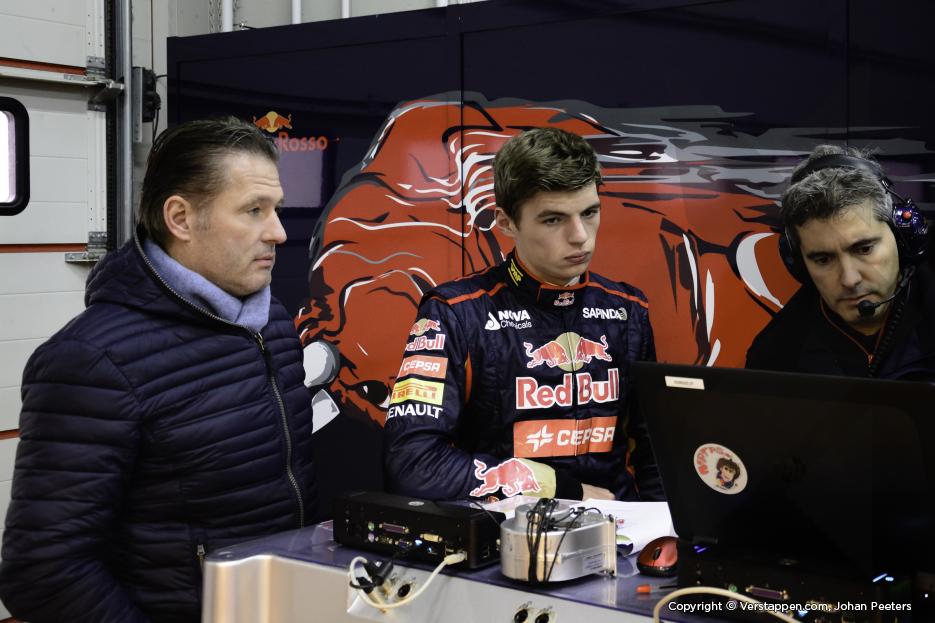 His first F1 meters during a Grand Prix weekend follow in the first free practice sessions on Suzuka (P12), Austin (P10) and Interlagos (P6). During the two test days after the last GP in Abu Dhabi Max sets a decent third time in the STR9. These are all valuable kilometres to gain experience in preparation for his first Formula 1 season in 2015. Jos succeeded to get his son in Formula 1. The rest is history.