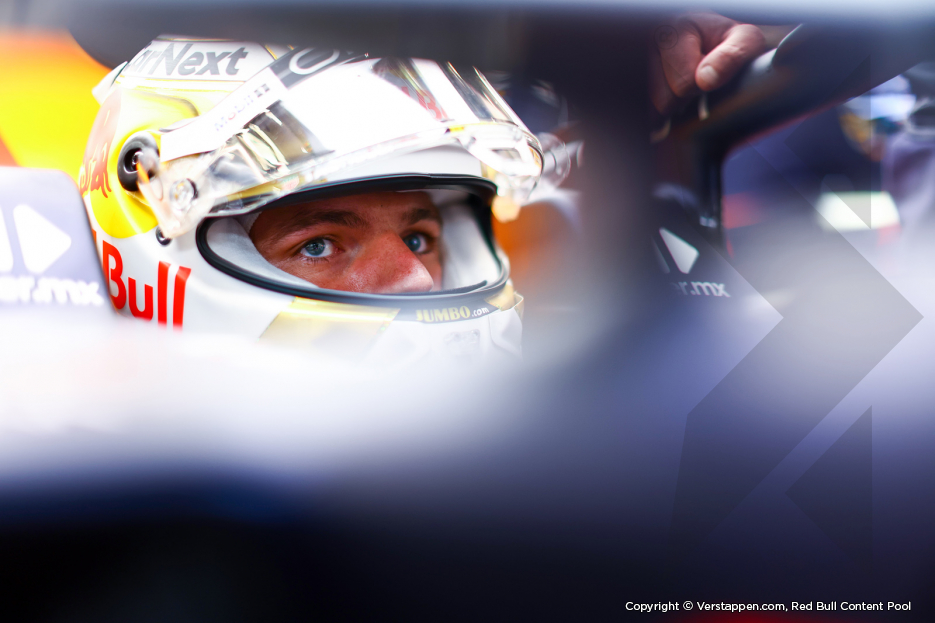 Max Verstappen clocked the third quickest time in the opening practice session of the Belgian Grand Prix. Ferrari’s Carlos Sainz was fastest at Spa-Francorchamps with his teammate,, Charles Leclerc, in second.

Ahead of the session, it is confirmed that Max, Leclerc, Lando Norris (McLaren) and Esteban Ocon (Alpine) will start Sunday’s race from the back of the grid due to engine penalties.

As the session gets underway, it is dry, but the track is still damp due to prior rainfall. It prompts the drivers to conduct their installation laps on the intermediate Pirelli tyres. Soon after, everyone bolt son the slicks with Sainz clocking the first timed lap of the session.

As Max prepares for his first flying lap, his reaction time is tested by Nicolas Latifi. Max is driving through the pits when the Williams is released from his garage right in front of the Dutchman’s RB18. Thankfully Max is able to avoid the Canadian and he can continue on his outlap.

At the halfway mark, Max tops the leaderboards ahead Alex Albon (Williams), Lewis Hamilton (Mercedes), Sergio Perez (Oracle Red Bull Racing) and Leclerc. Soon after, it is Sainz who claims the fastest lap, soon followed by his teammate Leclerc. Max is unable to retaliate due to a red flag, following Kevin Magnussen’s Haas breaking down on track.

The session is resumed with nine minutes on the clock but Max struggles to get his tyres up to temperature. Rain in the closing minutes extinguishes any hope at setting another competitive lap. It means the reigning champ has to settle for P3.