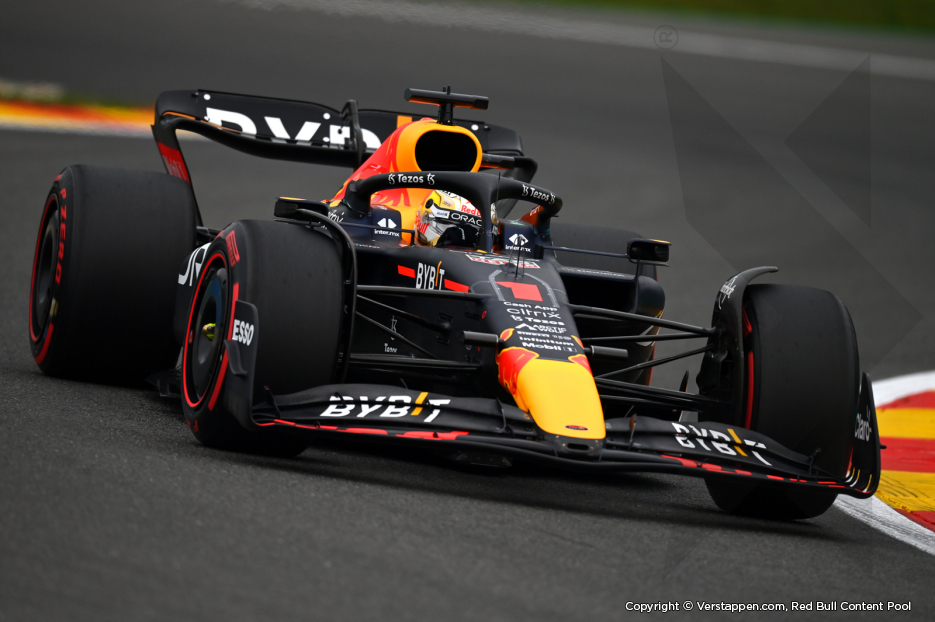 Max Verstappen qualified first for the Belgian Grand Prix. The Dutchman will start the race tomorrow from P15 due to grid penalties. Max set a 1:43.665 during the last part of qualifying on the 7.004-kilometre-long Circuit de Spa-Francorchamps, keeping Carlos Sainz well behind in P2.  Sergio Pérez finished third and will start tomorrow next to the Spaniard on the first row of the grid. Also Charles Leclerc, Valtteri Bottas, Lando Norris, Esteban Ocon, Zhou Guanyu and Mick Schumacher exceeded the allowed number of engine components and will start from the back of the grid.

“It was an amazing qualifying”, says a satisfied Max after qualifying. “The whole weekend we have been on it. The car has been working really well, basically we have been finetuning. And in qualifying it all came together. I had to be a bit careful with the amount of tyres I was using, for tomorrow starting at the back. Very happy with my lap. It is an amazing track with amazing fans around. I hope they had a good day.”

Looking ahead to tomorrow’s race, the Oracle Red Bull Racing driver says: “We need to survive lap one, that is the most important, then we need to pass a few cars before we can get into a competitive position. It is a bit like Hungary. Of course, it is a bit further back now, but the basics are the same. Especially with a car like this it would be a shame not to be on the podium.” 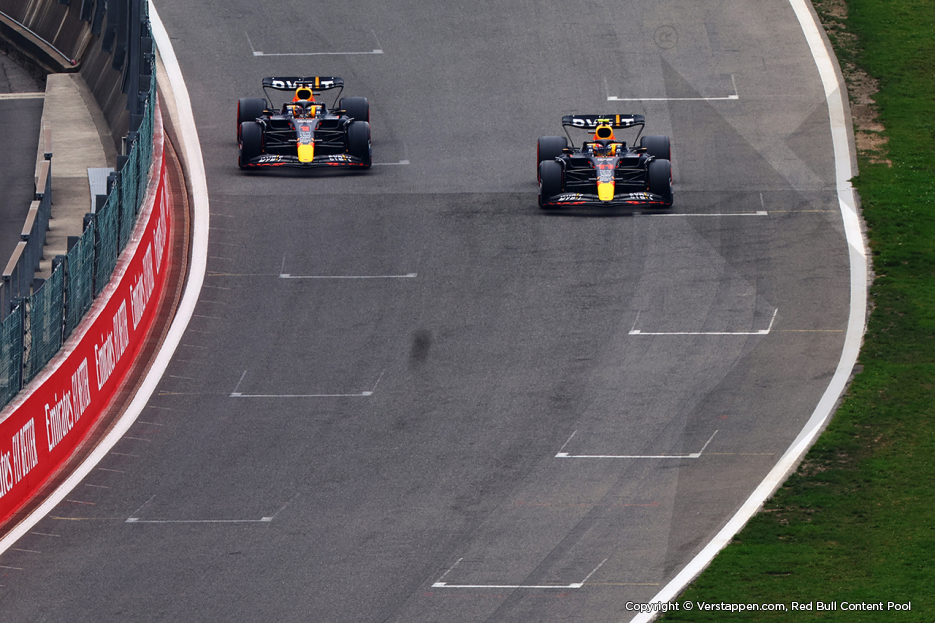 Due to repairs of the barriers, qualifying was delayed by twenty-five minutes. Nicholas Latifi and Mick Schumacher are the first drivers to come out on track when the lights go green. Max Verstappen enters the track after about four minutes. The world champion is after his first timed lap on soft tyres with a 1:44.581 on top of the time sheets. He keeps it at one run and is the first to go through to Q2. Sebastian Vettel, Nicholas Latifi, Kevin Magnussen, Yuki Tsunoda and Valtteri Bottas are the first five to drop out of qualifying.

Max finishes his first run in the second part of qualifying in a 1:44.723 and stays just under a tenth ahead of his teammate in P2. Carlos Sainz follows in third position but is more than six tenths of a second slower than the Dutchman, who again only completes one run. Verstappen goes through to Q3 in second position, as Charles Leclerc set the fastest time with a 1:44.551. Daniel Ricciardo, Pierre Gasly, Zhou Guanyu, Lance Stroll and Mick Schumacher drop out of Q2.

Then it is time for Q3 and the battle for the first ten starting positions. In the opening run is Max the only one to go below 1:44 and sets a 1:43.665. He is followed by Carlos Sainz (+0.632), Sergio Pérez (+0.797) and Charles Leclerc (+0.888). When all drivers return to the pits, Max steps out of his RB18, again keeping it to a single run. Verstappen takes pole but will start from P15 due to grid penalties. Carlos Sainz will start the race tomorrow from first on the grid, followed by Sergio Pérez in P2. Ferrari driver Charles Leclerc will start from sixteenth.