Published on 09 September 2022 by Stefan Meens 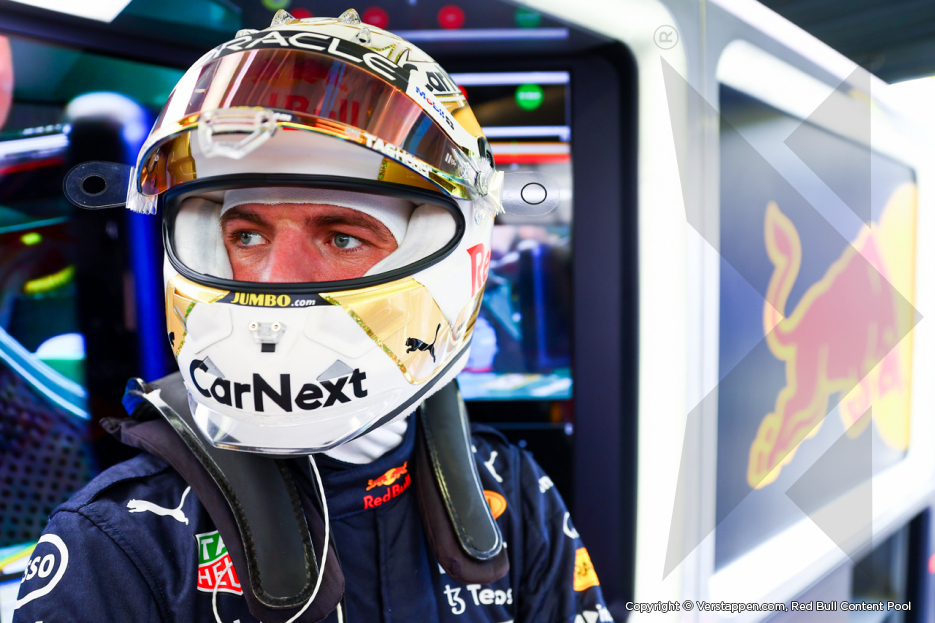 Nyck de Vries is the first driver out on track with his Aston sporting aero racks to measure the airflow around the front wing. A few minutes later, Max steers his RB18 out of the pits for his first timed laps, which he does on the hard Pirelli tyres. 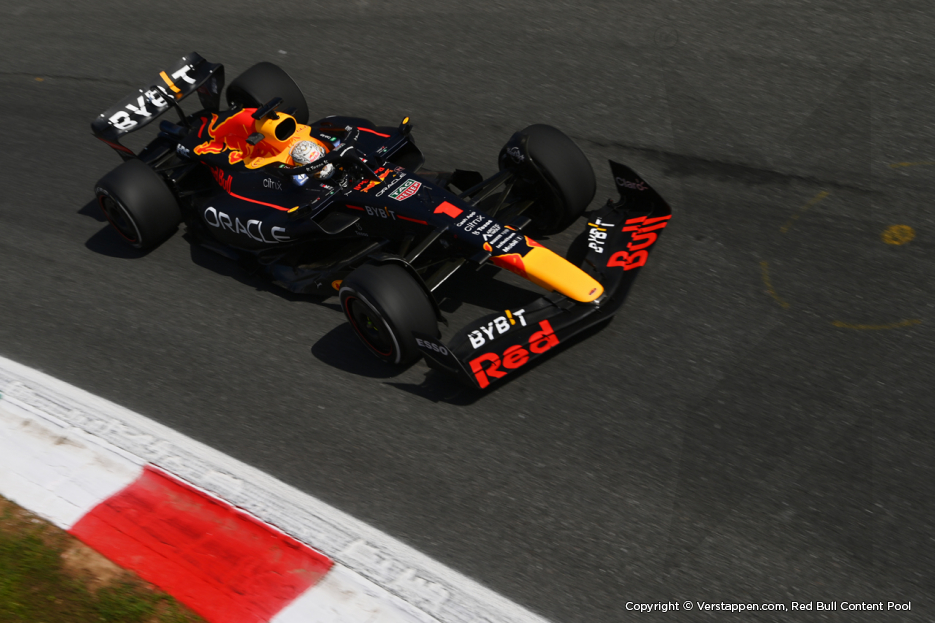 In the opening quarter, Max sets the pace, continuously improving his lap time on the hard tyre. However, at the halfway mark, more and more drivers opt for the soft compound with the lap times continuing to drop. Max also decides to bolt on the softs in search of more lap time. His first flying lap features two purple sectors before being blocked by Lando Norris as the Red Bull closes up behind the McLaren on the run to the Parabolica.

With fifteen minutes to go, Max heads out for another run on a used set of softs, but is unable to better his earlier effort. The Dutchman therefore remains in fifth place at the end of FP1.