Max with Team Redline second in virtual 6 Hours of Spa

Published on 06 November 2022 by Kees-Jan Koster Max Verstappen, together with teammates Max Benecke and Jeffrey Rietveld, finished second in the virtual 6 Hours of Spa-Francorchamps, which is part of the Le Mans Virtual Series. The three drove for Team Redline in the number 1 Oreca 07 LMP2. All 24 participating LMP2-teams drove the same car, with the same engine and tyres, so it is all about the setup of the car and the qualities of the drivers. That resulted in an entertaining race, in which Porsche Coanda was in the lead for most of the time, but was defeated by AMG Team Petronas Esports and Team Redline because of strategy.

Team Redline #1 took the fifth staring position, during the rained out qualifying on Friday evening. The excellent German sim driver Max Benecke took the responsibility for the start, he kept his position, while polesitter Joshua Rogers for Porsche Coanda #23 took the lead. The #2 car of Team Redline falls back from P2 to P3, and Benecke must concede in lap seven to two competitors, after which he continues in P7.

After the first series of pitstops is Benecke in a multi lap fight with AMG Team Williams Esports #53, losing a position, but regaining it later. After a retirement a position is gained, so Team Redline #1 is in sixth position after the second series of pitstops, half a minute behind the leader. Subsequently, Benecke is pressured by the other AMG Team Williams Esports LMP2, number 63. The position is lost, while not much later Floyd Vanwall-Burst #4 is overtaken and the race is continued in P6. 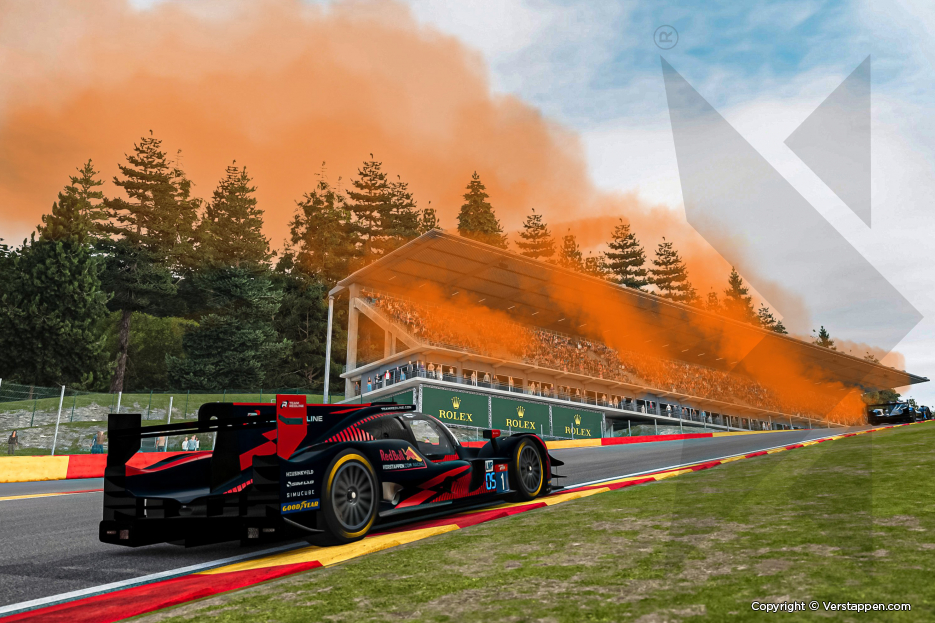 After another forty minute drive, the third stint is over, and because of different strategies between teams two places are won. Porsche Coanda, with #23 and #20, takes P1 and P2, followed by #2 and #1 of Team Redline.

Max takes over from Benecke, after 74 laps and 3:20 on the clock. Half a minute behind #23 in the lead, Team Redline #1 comes back on track in fourth position. Max overtakes the other Team Redline LMP2 a couple of laps later, which spun after touching a GTE car. The Team Redline #2 is given a drive-through penalty for the incident and falls back into P11.

In lap 94, with 2:40 on the clock, Team Redline #1 makes its fifth pitstop, returning on track nineteen seconds behind the leader. With Max in the car, the team is in third position, five seconds ahead of AMG Team Petronas Esports #63 driven by Graham Carroll.

Team Redline #1 is able to drive one lap more than the two Porsche Coanda cars in every stint, which can give them a strategic advantage in the end of the race. 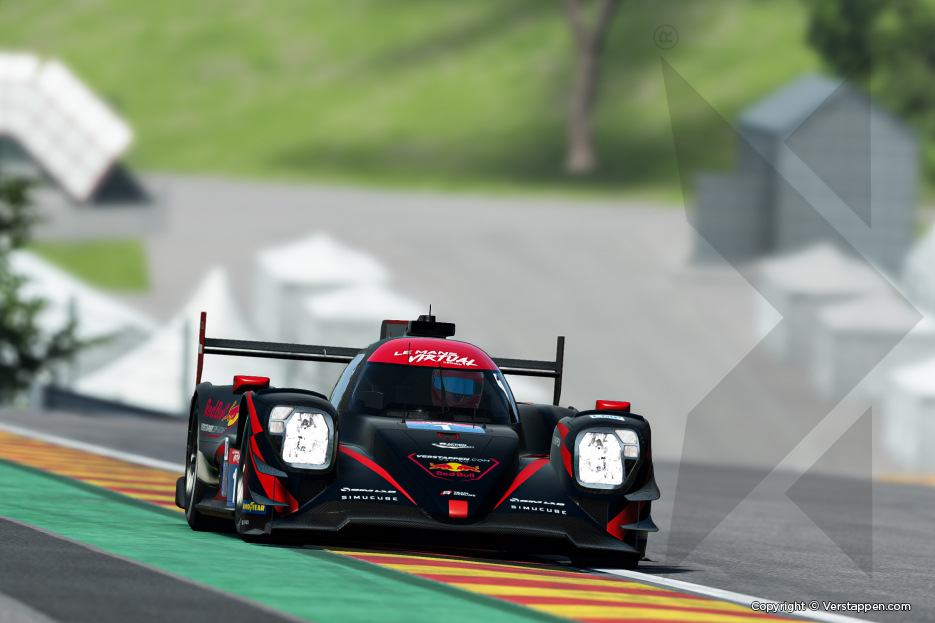 In lap one hundred, Max touches a GTE car when the two go side-by-side through Eau Rouge. The two-time world champion spins, and loses thirteen seconds  and third position to #63. Max makes his second pitstop after 114 laps and hands over the car to teammate Rietveld, who returns on track in fourth position on the iconic circuit in the Belgian Ardennes. There is just under two hours left to go and the #1 is then 49 seconds behind P1 and seventeen seconds behind P3.

After the seventh series of pitstops and 75 minutes to go, Rietveld has gained slightly on the lead and the gap is now 46 seconds. But P3, the AMG Team Petronas Esports #63 with Bono Huis behind the wheel, is now only eleven seconds behind. With less than half an hour to go, that gap has not changed.

James Baldwin, Graham Carroll and Bono Huis in the AMG Team Petronas Esports #63, win this way, after six hours and 171 laps, the virtual race on Spa-Francorchamps, with an almost eight seconds lead ahead of Max Verstappen, Jeffrey Rietveld and Max Benecke in the Team Redline #1.