Published on 11 November 2022 by Kees-Jan Koster 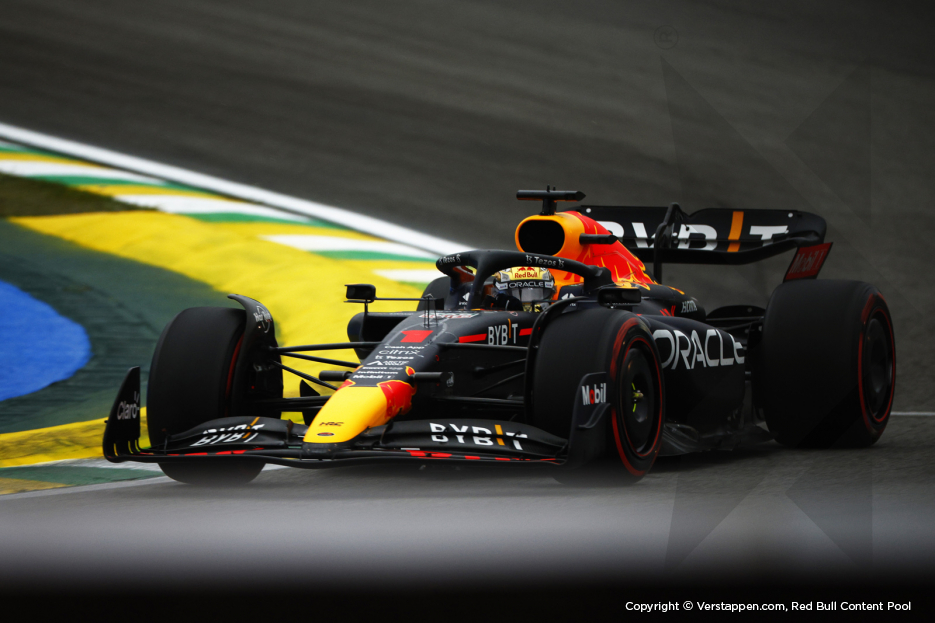 Max Verstappen secured second place on the grid for the sprint race in Brazil. The Dutchman only had one attempt to set a time in Q3, because of the coming rain, and set a 1:11.877. Which was good for a place on the first row of the grid. The big surprise of the day was Kevin Magnussen, who took pole position in his Haas by setting a 1:11.674 on the Autódromo José Carlos Pace. George Russell for Mercedes completed the top three.

“We knew it was going to be that first lap”, says Max after qualifying. “I locked up into turn eight, that costed me pole today. Compared to the proper opposition tomorrow, it is looking good. In these conditions, anything can happen. We are still on front and that is the most important.”

Especially the third qualifying session was a challenge: “It was difficult. To find the limit of how much you can push, but you do not want to make big mistakes and potentially drop out. We stayed calm in Q1 and Q2, and Q3 was a bit more of a lottery. But nevertheless we are still on the front row”, according to Verstappen.

The two-time world champion is not planning to take any extra risks in the sprint race, even after having secured both championships: “I will always try to have fun, but the approach should always be the same. Let’s see how competitive we are going to be tomorrow. And we have no clue what the weather will bring, that makes Interlagos always very special.” 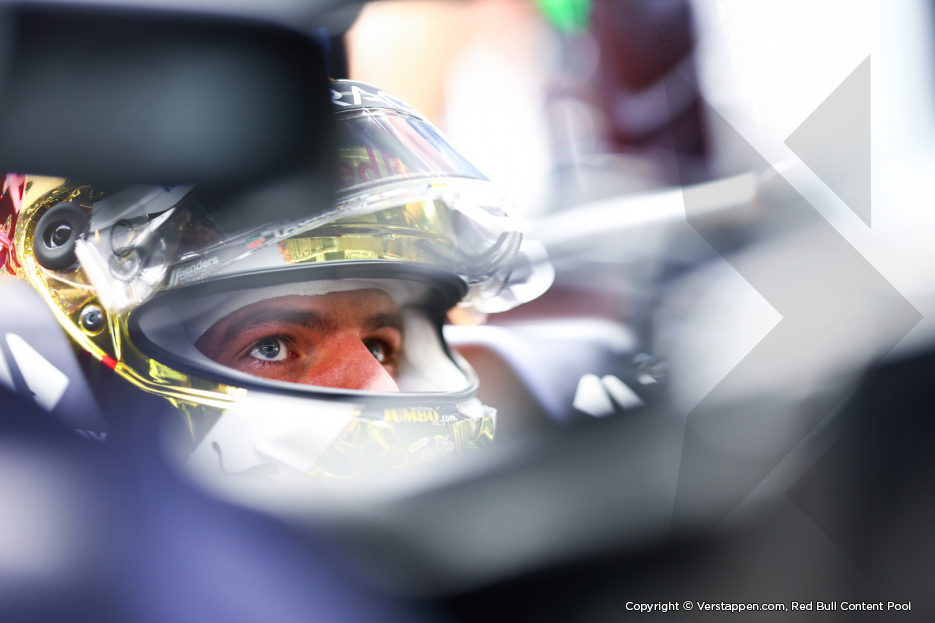 A little after eight Dutch time, qualifying gets underway. A whole row of drivers is waiting to leave the pitlane on intermediate tyres, as the track is still drying from rain before the session. Max Verstappen sets a 1:18.495 in his first timed lap, which he subsequently improves to a 1:18.198.

Pierre Gasly is the first driver to swap to slicks. It does not take the Frenchman long to set the fastest time, after which the rest of the field follows his example to change to the soft rubber. The lap times continue to come down, in the end it is Lando Norris who sets the quickest time. Verstappen goes through to Q2 in sixth place, setting a 1:13.625. Nicholas Latifi, Zhou Guanyu, Valtteri Bottas, Yuki Tsunoda and Mick Schumacher are the first five to drop out.

During the second part of qualifying the sky gets darker and the threat of rain gets bigger. It is very busy on track as everyone wants to set a time on the dry track. Max Verstappen sets the fastest time with a 1:10.881, followed by both Ferraris. This time Alexander Albon, Pierre Gasly, Sebastian Vettel, Daniel Ricciardo and Lance Stroll drop out. 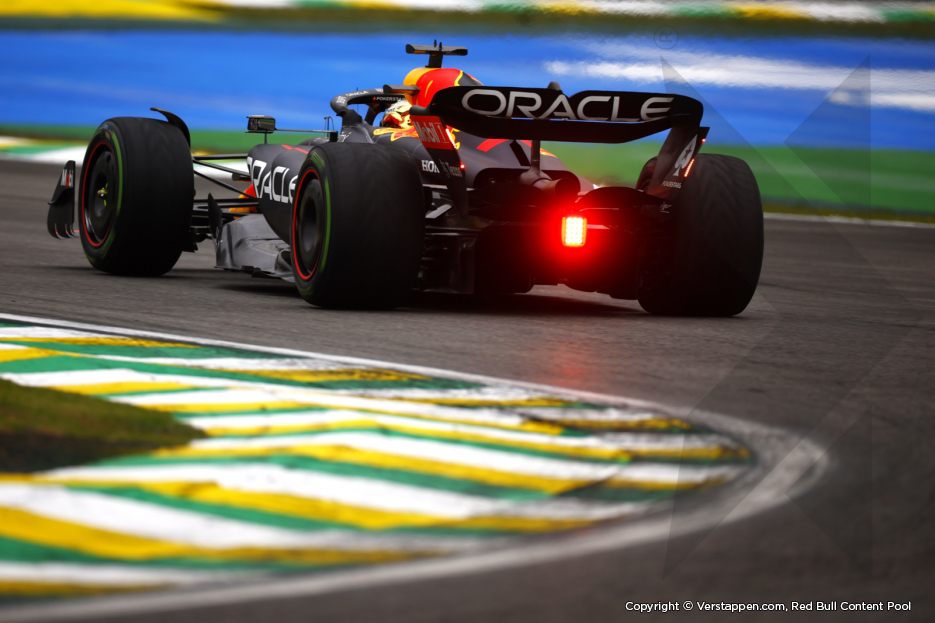 Just before the start of the third qualifying session, all ten drivers are waiting at the end of the pitlane for the red light to turn green. It looks like it is going to rain any moment now, but it is still dry enough for a couple of laps on slicks. Charles Leclerc is the only driver on intermediate tyres and ends up after the first runs in tenth position. Max Verstappen sets a 1:11.877, good for P2. The big surprise is Kevin Magnussen, who takes provisional pole by going two tenths faster than the Oracle Red Bull Racing driver.

George Russel overstepped and went off the track getting stuck in the gravel. The session is red flagged while the Mercedes is moved away. Meanwhile it starts to rain and it becomes clear that the current times are not going to be improved. When the session is resumed only Sergio Pérez and Lewis Hamilton come out on track again, but both return to the pits without setting a time. It is time for Haas to throw a party: Kevin Magnussen starts from pole for the sprint race tomorrow. Max Verstappen, George Russell, Lando Norris, Carlos Sainz and Esteban Ocon complete the top six.