Horner after victory in Abu Dhabi: 'What a way to end the season'

Published on 20 November 2022 by Julien Lemmen 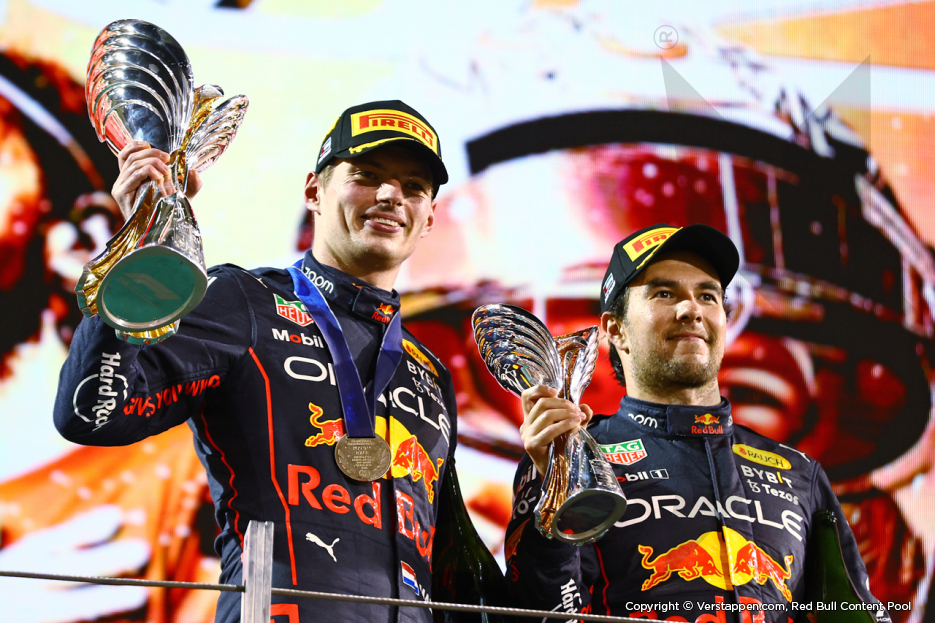 The Oracle Red Bull Racing-team finished the season in perfect fashion with a win by Max Verstappen in the Abu Dhabi Grand Prix. Teammate Sergio Perez finished third. 2022 marked the most successful season in history of the Milton Keynes-based team, with 17 wins and both the drivers' and constructors' titles.

Team principal Christian Horner praised his team after the race: “What a season and what a way to end it. It's just unbelievable. Winning 17 races as a Team. Five 1-2 finishes and being so close to 1-2 in the Drivers' Championship brings to an end what truly has been a remarkable year. It surpasses anything we have ever achieved. The drivers have been exceptional. A record-breaking 15th win this season for Max.”

“A third straight victory in Abu Dhabi. Exemplary. Checo gave it all he had, coming so close to catching and taking Charles by the end of the race, but sadly it wasn’t to be. Third place in the Championship is still fantastic though and brings to an end his best season ever in F1. Every season in F1 is grueling but it truly has been a herculean effort from everyone this season. From the campus in Milton Keynes, to everyone at track, it has been an immense Team effort. I’d also like to thank our partners who, without their support, none of this would be possible.”

“When we reflect on this season, there have been some epic highs and equally sobering lows, but we look back on 2022 as a season like no other, one in which we lost our founder Dietrich Mateschitz. F1 was his passion, his love. We dedicate everything we have achieved this season and the two World Championships to him. Danke Didi.”