Max qualifies third in Mexico: 'Still plenty to fight for'

Published on 06 November 2021 by Stefan Meens 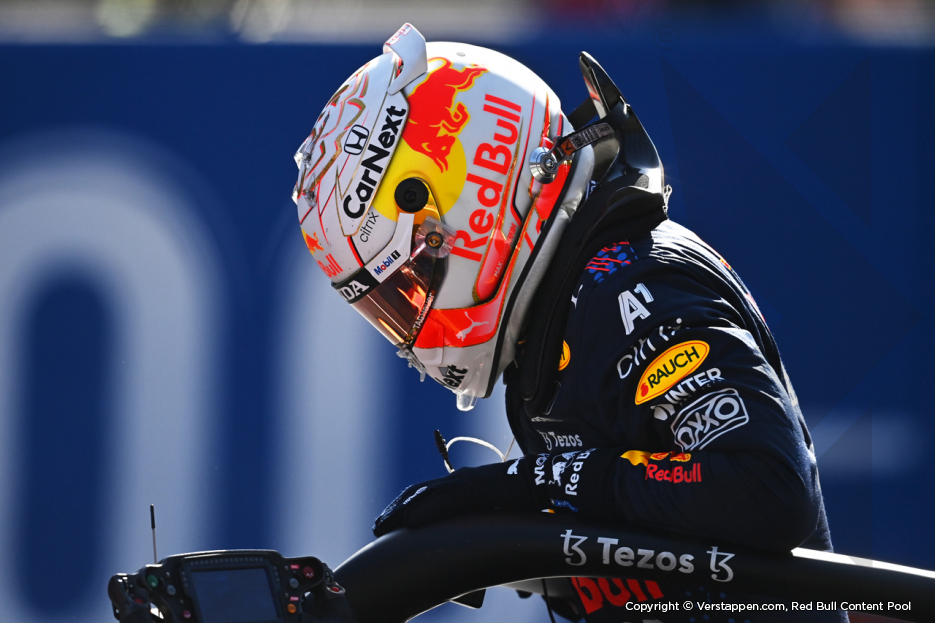 Max Verstappen will start the Mexican Grand Prix from third place on the grid. After setting the pace in the Q1 and Q2, Red Bull was not able to convert the earlier form into pole position. Instead, Valtteri Bottas claimed top spot, followed by his Mercedes team mate Lewis Hamilton.

“The balance did not really improve during qualifying”, said Max. “And during my last lap, both Yuki and Sergio went off in front of me. I thought there would be a yellow flag, so I backed off, which means the lap is gone. I think I could’ve gone for pole. Third is not great, but it’s better than starting in second.”

Throughout the session, the Red Bull mechanics appeared to work on the rear wings of both their RB16Bs. “Yes, we had to repair the rear wing, but during the session it was all normal. It’s not ideal, but I don’t think that was the reason why we struggled a bit.”

Despite P3 on the grid not being the result hoped for, Max remains motivated. “Qualifying did not go our way, but we’re not using the softs tomorrow so we still have plenty to fight for.” 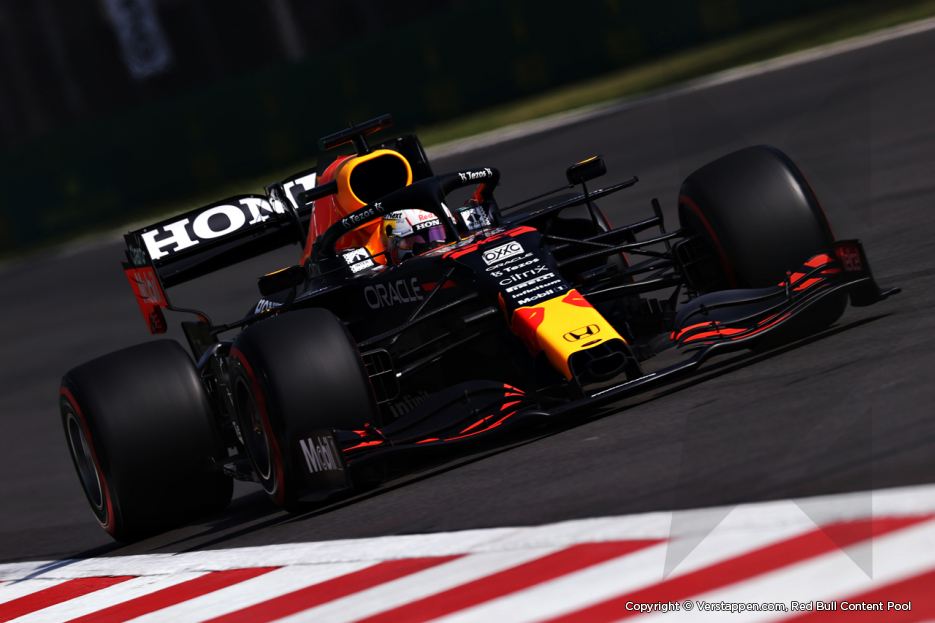 Q1 starts as per schedule but does not finish at the intended time. With ten minutes to go, Lance Stroll smashes his Aston Martin into the barriers on the exit of the final corner. The session is subsequently red-flagged. Following the retrieval of the stricken Aston Martin and some barrier adjustments, the session resumes with Max clocking the fastest lap. Fernando Alonso, Nicolas Latifi, Mick Schumacher and Nikita Mazepin join Stroll as the drivers who strand in the first part of qualifying.

Max continues the form he presented in Q1 by also clocking the quickest time in the second qualifying segment. This time he does so on the medium Pirellis, the compound he will thus start Sunday’s Grand Prix on. Sebastian Vettel, Kimi Raikkonen, George Russell,  Antonio Giovinazzi, Esteban Ocon all fail to progress into Q3. 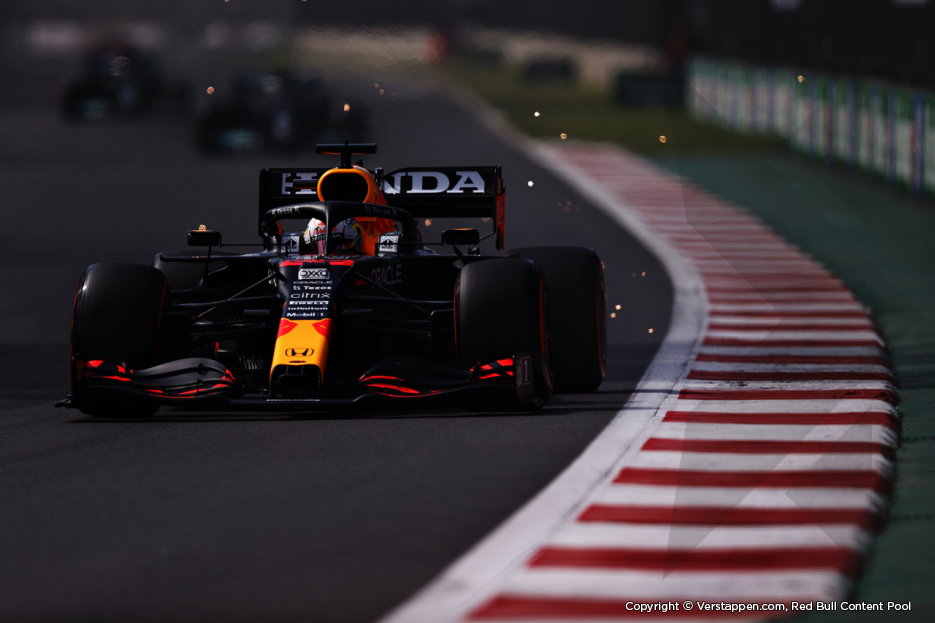 In the top ten shoot-out for pole, Bottas steals the early advantage with a stellar first flying lap, keeping the Red Bulls behind him. Both Perez and Max appear to be able to take the fight to the Finn as both clock personal bests in the opening sector of their second and final attempts. Unfortunately for the Bulls, Alpha Tauri’s Yuki Tsunoda proves a distraction for Perez, forcing the Mexican wide and prompting Max to back off, meaning the pair are not able to better their lap times.

Bottas hangs on to pole, with Hamilton in second to secure a Mercedes front row lock-out, followed by the Red Bulls on the second row.