Published on 20 November 2022 by Kees-Jan Koster 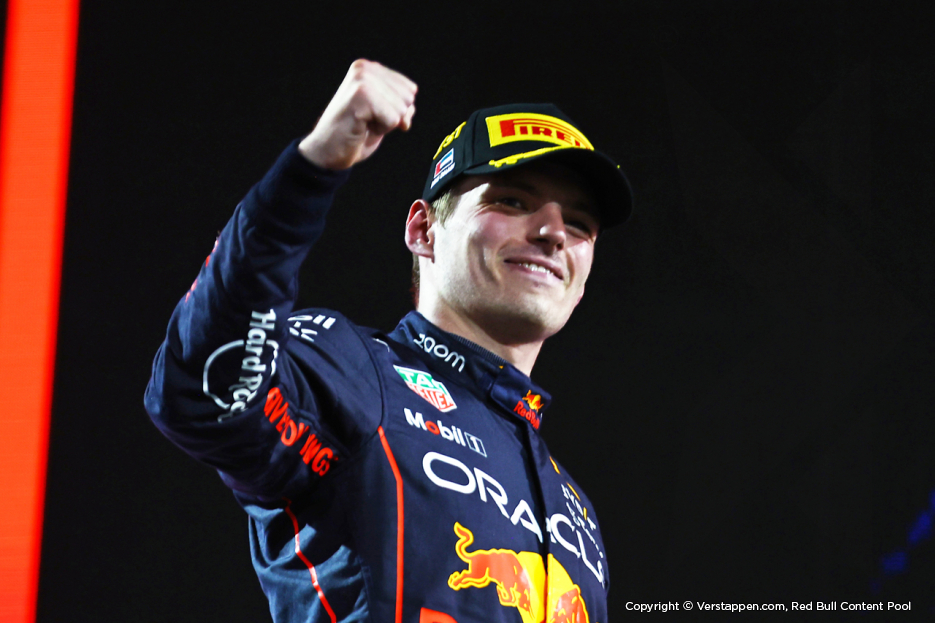 Max Verstappen finished the Formula 1 season in style by winning the Abu Dhabi Grand Prix dominantly. Max took the lead right at the start from pole position and with only one pitstop, the two-time world champion won his fifteenth Grand Prix of the season. Sergio Perez stayed for a long time in second position behind Verstappen, but the Mexican did two pitstops and Charles Leclerc only one. Despite Perez closing in on Leclerc in the final phase of the race, it was the Ferrari driver who finished second and also took the second place in the world championship.

After the race Max says: “It was the perfect end of the season. Incredible to win again here and the fifteenth win of the season, is unbelievable. It was a good race. It was all about tyre management. We looked after the mediums quite well, and on the hard tyres it was managing to the end.”

According to Max a second pitstop would not have been a good option: “I did not have two new sets of hard tyres, so for me a two-stop strategy would not have been ideal, also because the medium compound was not very good. The tyre degradation was okay to stop once. In the final stint the team told me over the radio not to drive to fast, even though I wanted to go faster. That showed it was alright. It was a great race, that is how you want it.”

After a record breaking season, Verstappen is full of praise for the Red Bull Racing team: “It was really enjoyable to work with the whole team, and to achieve something like this this year. I know it will be hard to replicate something like this, but it is also very good motivation to try and do well again next year.” 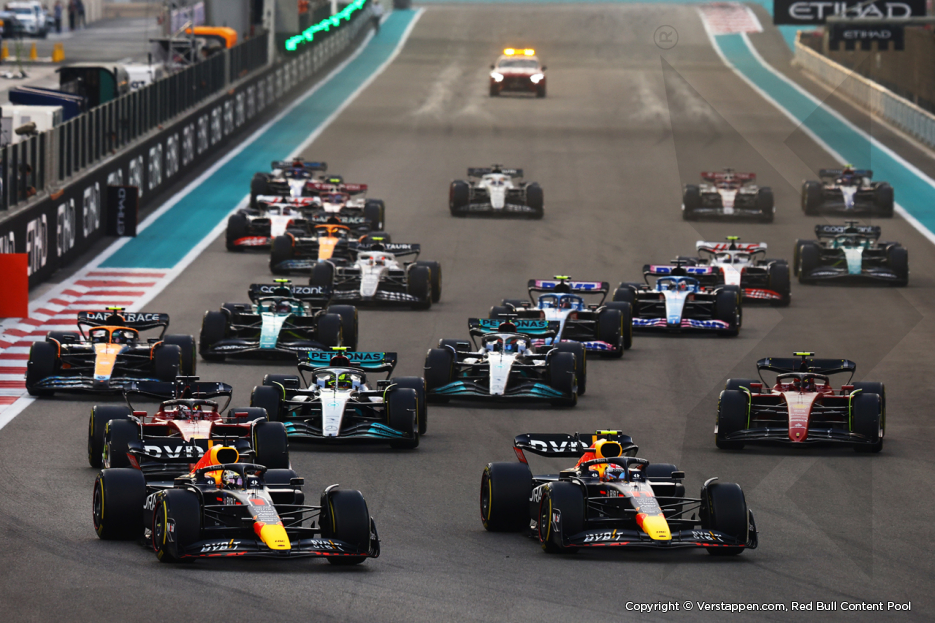 Ahead of the race Sebastian Vettel was at the centre of attention. The four-time world champion concludes his impressive Formula 1 career today. Besides Vettel, also Daniel Ricciardo, Mick Schumacher and Nicholas Latifi will not return to the grid next year. Max starts the final race of the season from pole position, with behind him Sergio Perez and Charles Leclerc, fighting for P2 in the championship. Almost all drivers start on the medium tyres, except for Kevin Magnussen and Valtteri Bottas, who start on the hard tyres, and Pierre Gasly on softs.

Max has a good start and stays in the lead ahead of teammate Perez. Leclerc stays in P3, while Lewis Hamilton overtakes Carlos Sainz for P4. Sainz tries to make up for his lost position at the chicane. However, the Brit goes wide and stays ahead of the Spaniard. Not much later Hamilton is told over the radio to give up the place to Sainz.

Verstappen and Perez are putting distance between them and the Ferraris. In lap sixteen it is Perez who makes the first pitstop. The Mexican changes to a new set of hard tyres and comes back out on track in seventh position. Max continues a bit longer and comes into the pits in lap 20. The Dutchman also changes to the hard compound tyres and comes back out just in front of Perez, in second position. Leclerc makes his pitstop one lap later, and Max is back in the lead of the race.

Fernando Alonso must park his Alpine in the pits with technical issues in lap 28. The Spaniard, who takes Vettel’s seat at Aston Martin next year, finishes his final race for Alpine in minor. Perez stops for a second time in lap 34. The Red Bull mechanics change the old hard compound tyres for a new set of the same kind, Perez comes back out in track in sixth position. At the time Verstappen is five seconds ahead of Leclerc. 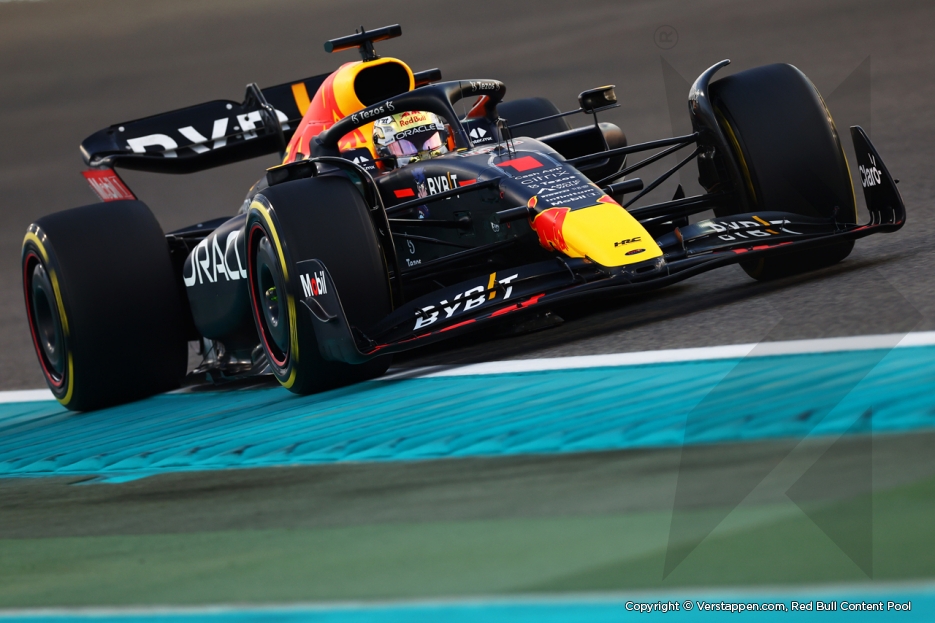 Mick Schumacher clashes with Nicholas Latifi in lap 39 at turn five. Both cars spin and Latifi even ends up rearwards in the barrier, but both can continue their race. In the meantime, Perez is fighting his way to the front, and the Mexican is in P3 after overtaking Hamilton in lap 46.

With four laps to go, Hamilton drives slowly over the track, and he has to park his car in the pits with technical issues. Perez closes in on Leclerc rapidly for P2, but in the end he comes short to overtake the Monegasque. This means that Leclerc finishes in second position in the race and for the championship, with Perez in P3. Max wins the race, over eight seconds ahead of Leclerc. The fifteenth victory this season for Max, improving on his record for most wins in a season.

Verstappen, Leclerc, Perez and Vettel make some spectacular donuts on the straight, to the excitement of the fans. Carlos Sains finishes in P4, with George Russell in P5. Lando Norris finishes as ‘best of the rest’ in sixth place, with behind him Esteban Ocon in P7. Lance Stroll, Daniel Ricciardo and Sebastian Vettel complete the top ten.